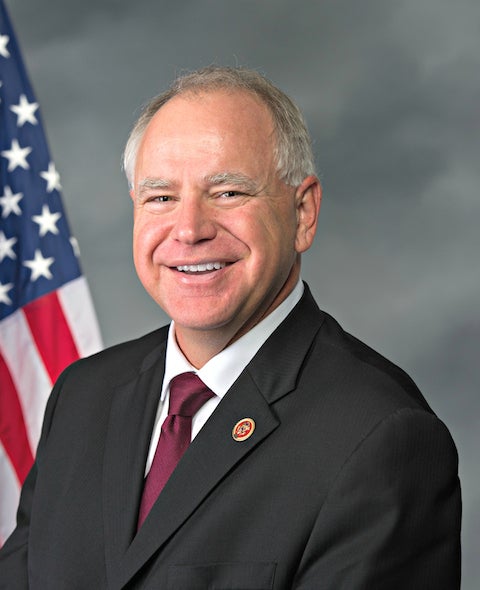 The highest-ranking enlisted soldier to ever serve in the House of Representatives has joined the House Armed Services Committee.Minnesota Democrat Rep. Tim Walz, a retired Army National Guard command sergeant major, joins the House Armed Services Committee as he starts his fourth term in the House of Representatives."I'm honored to be selected by the leadership to this influential committee and look forward to this new challenge and responsibility," he said in a statement. Walz has been active in veterans' issues during his first three terms. He has been a strong advocate for tuition assistance and programs to help separating service members find post-service employment.Walz joined at the Army Guard at the age of 17, and retired after 24 years of service. He is the highest ranking enlisted service member to ever serve in Congress, ranking slightly ahead of the late Sen. John Tower, R-Texas, who was a retired Navy master chief boatswain's mate. Tower rose in Congress to be the Senate Armed Services Committee chairman before his retirement from the Senate in 1985."As a 24-year veteran of the Army National Guard, I personally understand the need to assure the safety and security of our great nation," Walz said in a statement. "I believe in the value of open and honest debate about the most solemn act a democracy undertakes: using its military in an armed conflict. I am deeply committed to holding my colleagues and the executive branch to a strict standard of scrutiny as we debate policies that are going to put our men and women in harms way."