Social Media Can Be Important Tool for Young Leaders

Social Media Can Be Important Tool for Young Leaders 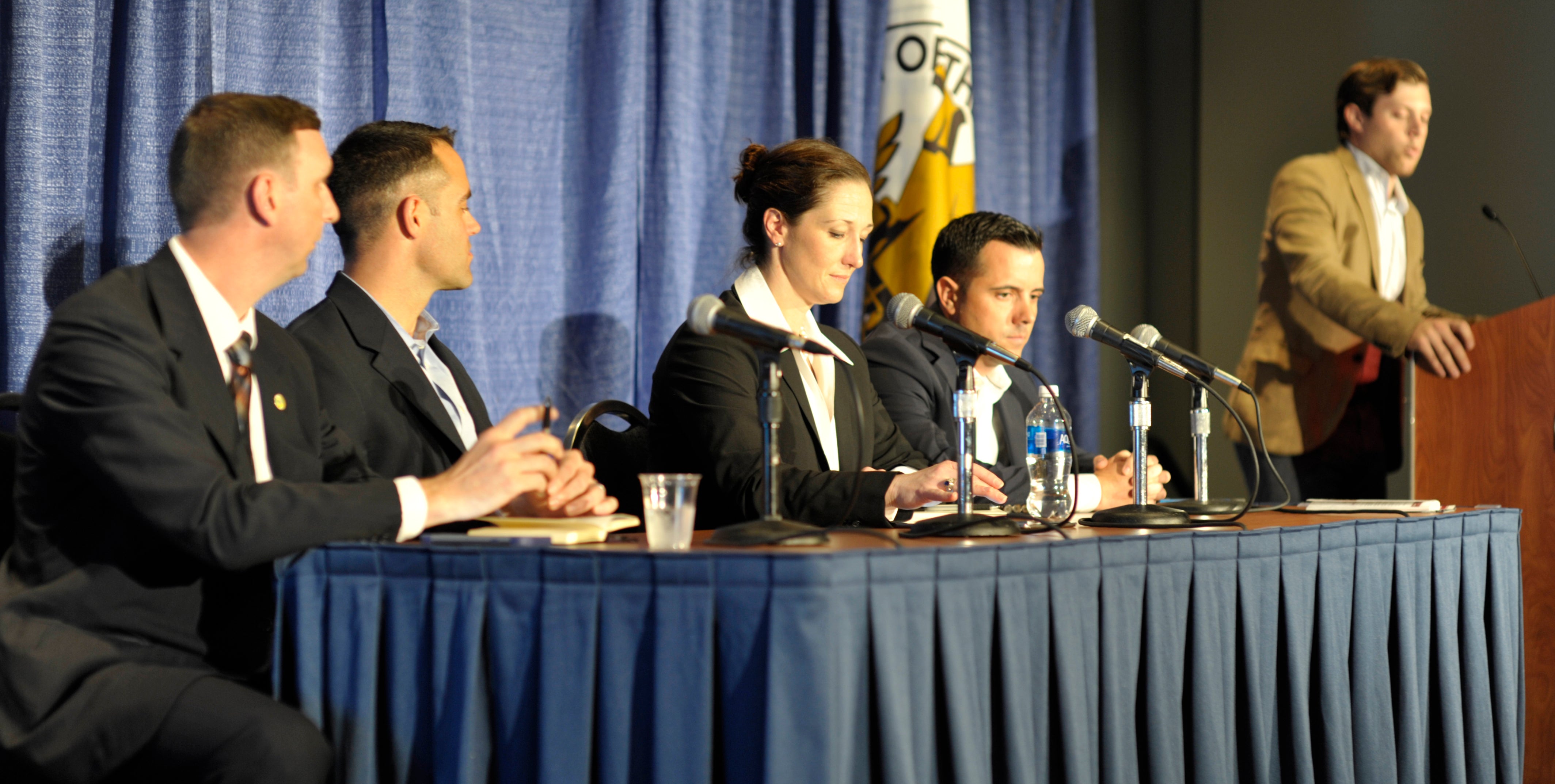 Social media has the potential to be an important tool for the professional military, not just a propaganda tool for terrorists, according to a group of Army officers who are also digital veterans. They were participating in a forum on digital learning at the Association of the U.S. Army Annual Meeting and Exposition in Washington, D.C.

An online presence for a military leader has multiple professional benefits, said Maj. Joe Byerly, creator and editor of the popular blog From the Green Notebook. Sharing and editing online content both are part of a professional environment and an aspect of lifelong learning, he said.

“The biggest thing you get as a leader being online is the opportunity to be challenged,” said Jessica Scott, an Army officer, author and blogger. “You can get points of view you wouldn’t be exposed to. Getting out of your comfort zone and being willing to listen to other points of view is critical for leaders.”

Lt. Col. Drew Steadman, creator and editor of The Military Leader, said, “In the military, we are charged to influence our formations wherever we can. The digital connection we have allows us to do that. It also allows us to broaden the boundaries of our influence beyond our units—to reach, literally, around the world.

“A sergeant can come up with a solution to a problem at Fort Bragg [N.C.] and share it online with someone in Korea who is facing the same problem,” Steadman said. “The ability to reach around the world and expand influence is the real core benefit of connecting through digital means.”

Another panelist, Maj. Nate Finney, said reaching a larger digital audience has the benefit of getting more diverse reactions and interactions. The collaborations that come from a bigger, wider audience are a boon to professional thinking, said Finney, co-founder and editor of The Strategy Bridge.

“Social media is here to stay,” Byerly said, and it shapes and drives public opinion. “We can either avoid it altogether, or we can jump in there and learn this space.”

However, it takes some common sense to avoid running afoul of leaders. Byerly said he benefited as a young captain from wise mentorship that happened to come from fellow panelist Finney.

Finney “taught me to avoid the blog post heard around the world,” Byerly said.

“You cannot just jump online and think you are going to be master of the environment,” Scott said. “But if we are leaders, we are in the business of assuming risk.”

It is a matter of preference about whether to blog or post under one’s own name, but Scott—who writes under a pen name—said it is important to “own” your comments “regardless of whether you are publishing anonymously or not.” Even anonymous posters need to remember that the Army “can figure out who you are,” she said.