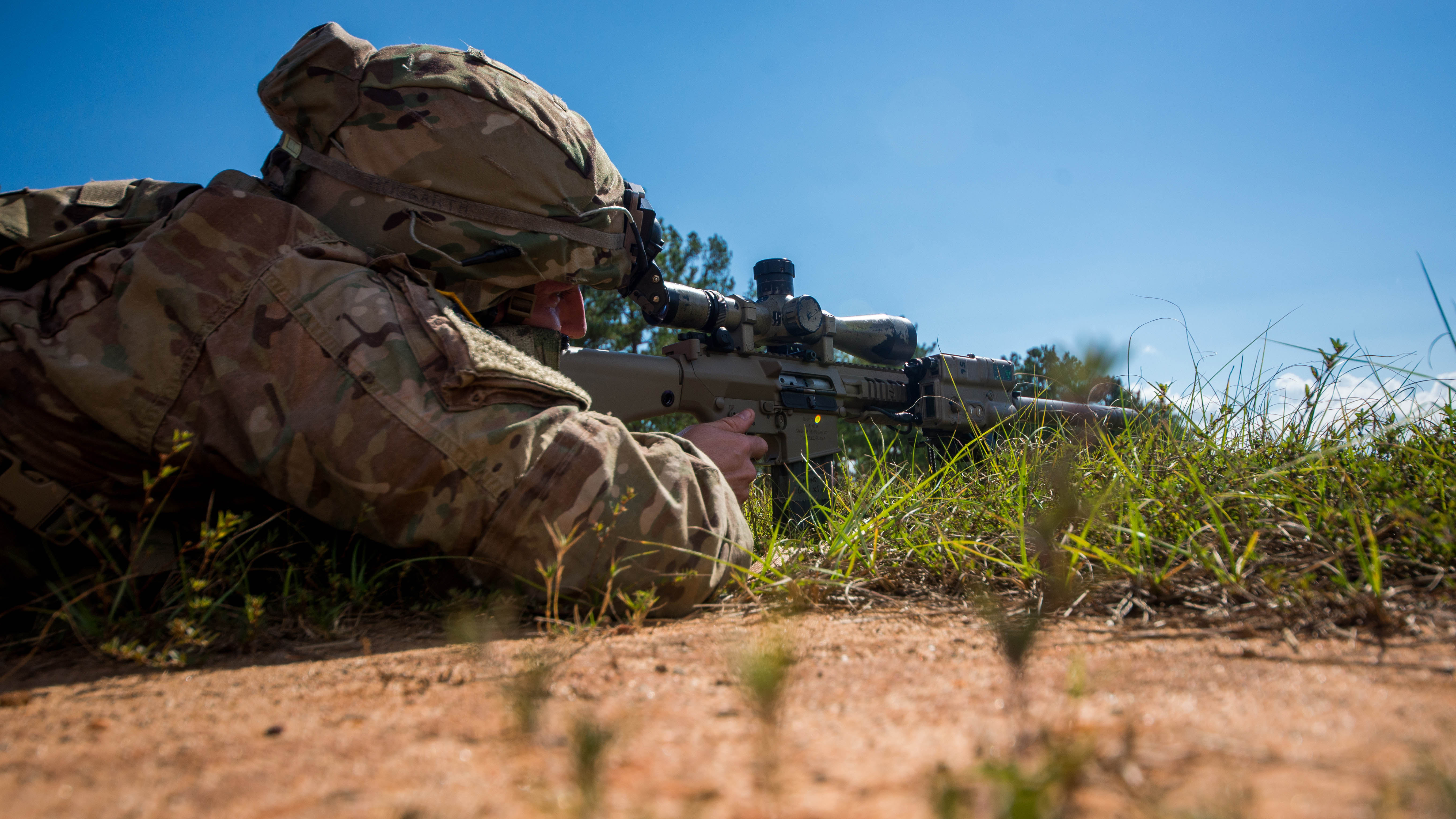 A two-man team from the 75th Ranger Regiment took first place at this year’s International Sniper Competition, shooting their way past 29 other pairs in a grueling contest.

Staff Sgts. Brandon Kelley and Jonathan Roque of the regiment’s 3rd Battalion at Fort Benning, Ga., where the contest has been held for 18 years, won the weeklong competition for the second consecutive year.

In what some contestants have called the “Super Bowl of our profession,” the contest attracts the best single-shot professionals from the Army, its sister services and allied military and law enforcement sniper teams from around the world.

“Working together in this venue is a great way to share ideas, build rapport and train our forces,” Brig. Gen. David Hodne, commandant of the U.S. Army Infantry School, said in a news release. The international competition improves “our collective lethality,” he said.

Contestants were judged on day and night events, which included long-range marksmanship, observation, reconnaissance and reporting skills, reacting to contact, and concealment, among others.