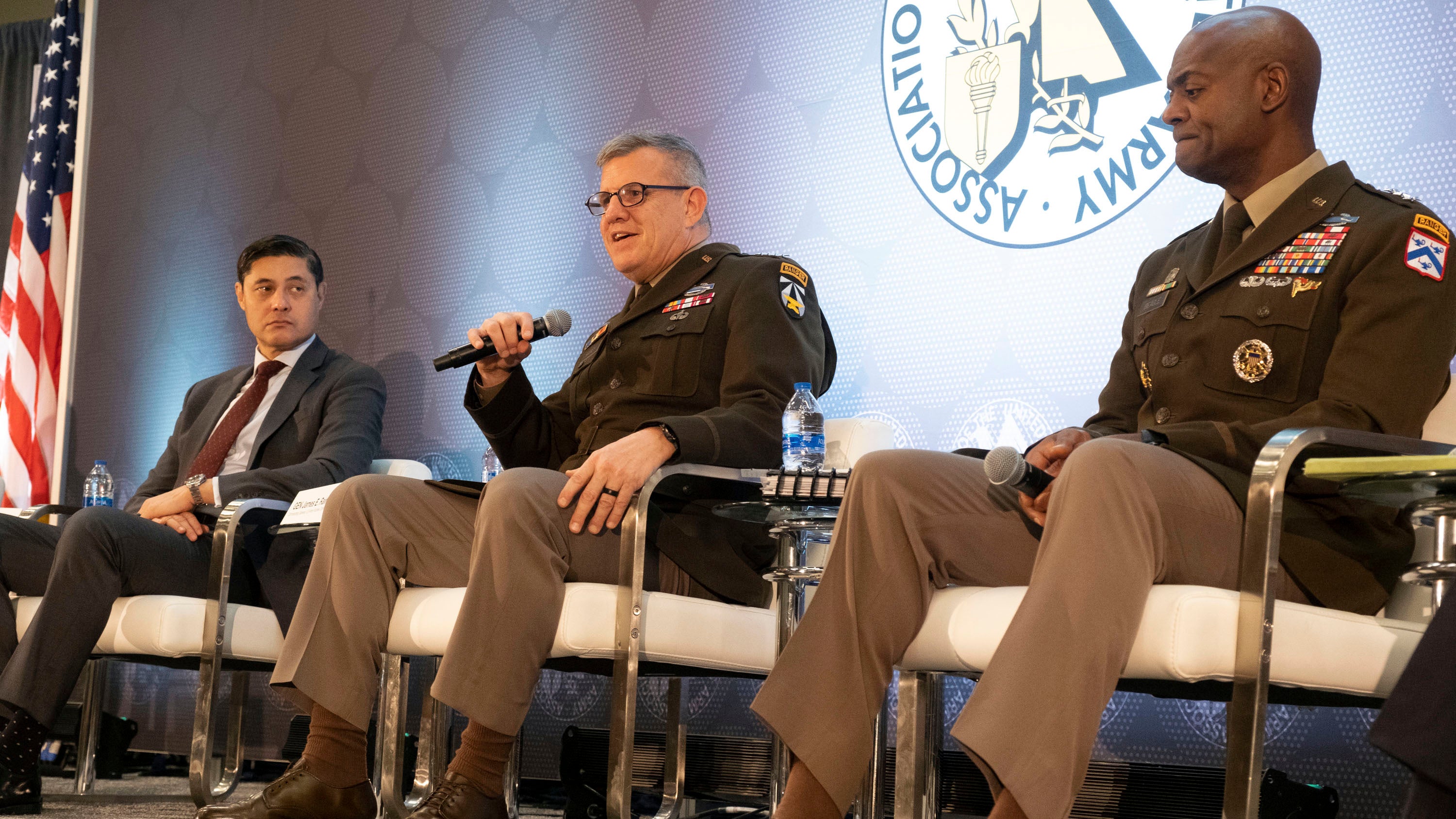 The Army faces a “pretty significant task” as it transforms for the future battlefield, the new commander of Army Futures Command said.

“We’ve been directed to transform the Army on a sustainable, strategic path to a [multidomain-capable] Army while maintaining combat-credible, ready forces every single day in between,” Gen. James Rainey said Oct. 10 at the Association of the U.S. Army’s 2022 Annual Meeting and Exposition. “That’s a pretty significant task if you think about the complexity. We don’t get a five-year break. We’ve got to be ready to fight. We’re ready to fight now, and we’ve got to stay that way.”

Part of the challenge is resources, Rainey said. “We don’t have unlimited resources, so we’ve got to make smart decisions using the resources our taxpayers give us wisely,” he said. “That creates a challenge.”

The Army also must adhere to the National Defense Strategy and strategic guidance from the Army secretary and chief of staff, he said.

Additionally, the Army’s transformation is not just about materiel, Rainey said. “We care deeply about materiel, I don’t want to be dismissive of that,” he said. “We have a moral responsibility to make sure the men and women who do the hardest part of what we do have the best possible equipment.”

But the transformation is a “complicated problem” that must also include doctrine, organization, training, people and more, he said. “It’s everything. It’s doctrine, it’s building the leaders that we need to fight these formations and win, it’s our professional military education,” he said.

Doctrine is fundamental to any transformation, said Lt. Gen. Milford Beagle, commander of the Army Combined Arms Center, who also spoke at the forum. “If you want to drive change, if you want to lead change, you have to start with doctrine,” he said.

In the past 40 to 50 years, the Army has had four major capstone concepts—AirLand Battle, full-spectrum operations, unified land operations and now multidomain operations, Beagle said.

The Army also is about people and “making sure that the men and women that are our most precious and our most valuable asset always stay at the forefront,” Rainey said.

Moving forward, the Army is going to make some “hard choices,” he said. Some legacy capabilities will go away while new ones are added, and the Army must accept some of the risk that comes with that transition, he said.

Rainey emphasized he is confident in the Army’s two asymmetric advantages: its people and the way it fights.

The Army is powered by “an all-volunteer force that is well-led … [with] commanders that can do combined arms maneuver better than anybody in the world,” he said.

American soldiers also are experts at maneuver warfare. “We would never enter into an attrition-based fight where we trade our men and women for time, space or terrain,” he said. “We don’t do that. We maneuver. We fight ethically. We follow the laws of land warfare.”