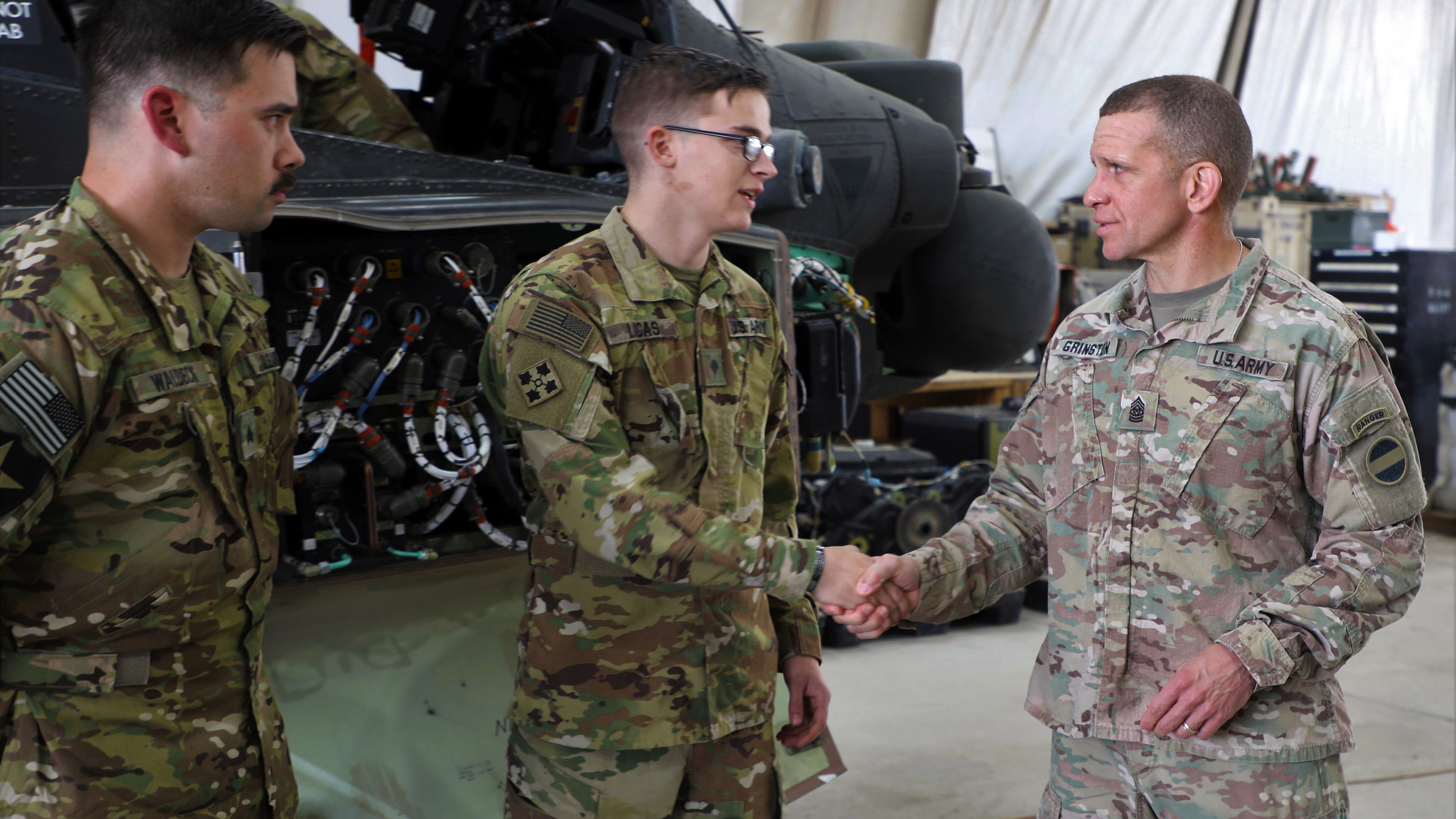 Sgt. Maj. of the Army Michael Grinston is calling on NCOs to take time to get to know their soldiers as the service battles challenges such as suicide and sexual assault and harassment across the force.

“When we focus in on fit, disciplined and well-trained teams, we’re going to drive down all the negatives that happen to us on a daily basis,” Grinston said Oct. 13 during an initiatives forum as part of AUSA Now, the 2020 virtual annual meeting of the Association of the U.S. Army.

The change the Army is working toward “is more than just a culture or a slogan,” he said. There also are tangible efforts underway, he said, including developing an app to help squad leaders better connect with and manage their soldiers. Tools to improve sponsorship of new soldiers, counseling and training management are three areas Grinston has asked app developers to focus on for now.

Grinston also is putting together a This is My Squad Leadership Panel, made up of 24 staff sergeants from across the Army. These NCOs will meet regularly and serve as a sounding board for Grinston.

NCOs also are empowered to act—whether it’s counseling or corrective training or just talking to their soldiers—when they see an issue or something wrong or out of place, he said.

“The whole point of the correction is not just to say, ‘Hey, I can have you do some pushups.’ It’s about your ability to do something when you see something wrong,” Grinston said.

When NCOs regularly act to fix small issues, they will feel more comfortable taking action when confronted with bigger issues, he said. “This is all about an NCO being able to say, ‘I’m going to take ownership in my squad and get those small repetitions where I have the ability to take action, and when I do that, I’ll be a better NCO.’ ”

Army senior leaders are working on ways to give small-unit leaders more time, and NCOs should take advantage of that, especially since soldiers already have so many requirements and demands on their time, Grinston said. “Time is the most valuable thing,” he said. “Take the time to get to know your soldiers. I think that’s how you get after it.”