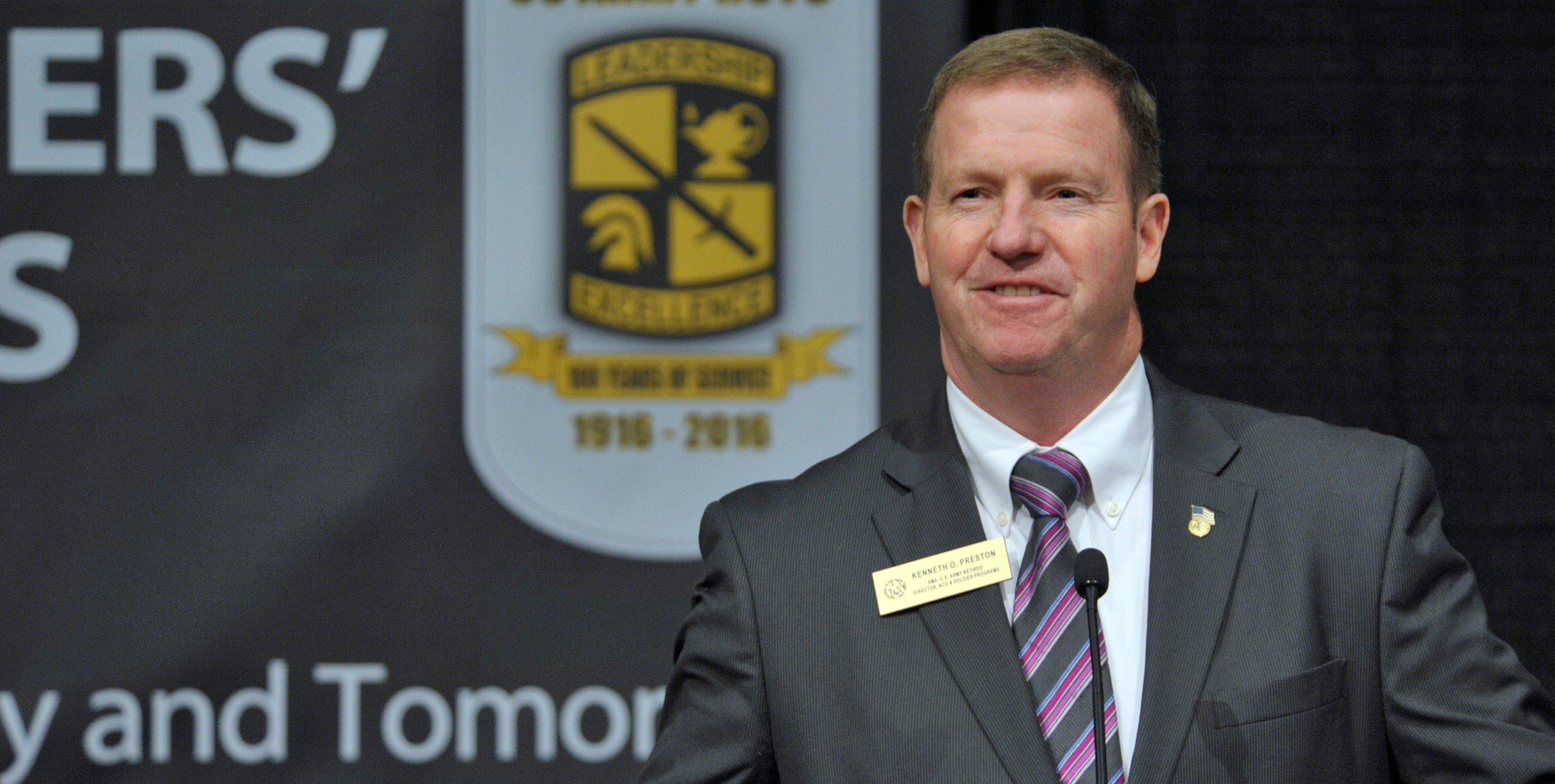 Retired Sgt. Maj. of the Army Kenneth O. Preston was promoted Jan. 30 to vice president for noncommissioned officer and soldier programs by the Council of Trustees of the Association of the U.S. Army.

Preston had been AUSA’s director for NCO and soldier programs since he joined the nonprofit educational association in 2013.

“I am so proud to have retired Sgt. Maj. of the Army Ken Preston now serve as AUSA’s Vice President for NCO and Soldier Programs,” said Ham. “Eighty-three percent of all Army soldiers – Regular, Guard and Reserve – are enlisted. They now have a strong, strong voice representing them every day at AUSA.”

Preston is well-known and respected in the Army. He served for more than seven years as sergeant major of the Army, the longest tenure since the position was created in 1966. He also was inducted into the U.S. Army Sergeants Major Academy Hall of Honor as part of the Class of 2011.