SMA Pledges to ‘Do Better’ to Take Care of Soldiers

SMA Pledges to ‘Do Better’ to Take Care of Soldiers 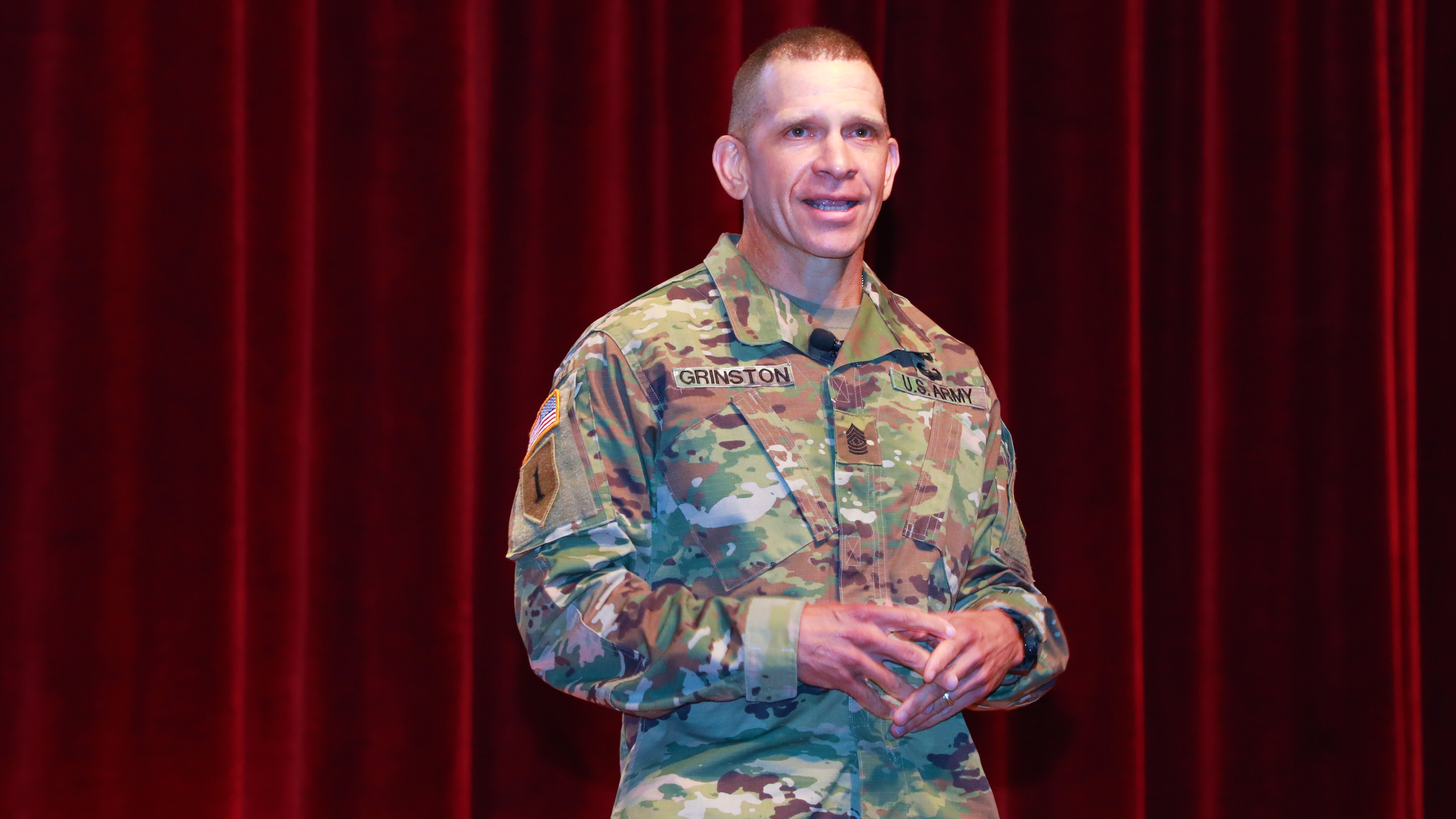 The Army’s efforts to put people first will continue in the new year as the service and its leaders work to “do better,” the sergeant major of the Army said.

“We have to know our soldiers,” Sgt. Maj. of the Army Michael Grinston said Jan. 12 during The AUSA Noon Report webinar hosted by the Association of the U.S. Army. “We have to make sure we actually listen to what they’re saying.”

One of Grinston’s key initiatives is This is My Squad, which aims to build strong, cohesive teams and encourage leaders to get to know their soldiers. The initiative is part of the Army’s ongoing efforts to eliminate bias and foster inclusion throughout its ranks.

There’s “no place” for extremism and racism in the Army, Grinston said, and they will not be tolerated.

As part of the Army’s efforts to put the right people in the right jobs and improve quality of life for soldiers and their families, leaders are reviewing permanent change-of-station moves and related policies. While the Army has requirements to fulfill, Grinston said, the intent isn’t to move people who don’t need to move.

“Just because you're available to move, doesn't mean you have to move,” Grinston said, adding that Army leaders have had discussions with Army Human Resources Command about options available to officers.

Grinston’s vow to “do better” comes after an independent review of the culture and command climate at Fort Hood, Texas, left him feeling angry and disappointed. The review came after the murder of Spc. Vanessa Guillen, a 20-year-old member of the 3rd Cavalry Regiment at Fort Hood.

“We didn’t take care of our soldiers,” Grinston said, adding that he was also disappointed to see standards weren’t enforced. “We’ve gotten to the point where we didn’t feel like we should enforce those standards.”

Released publicly in December, the report by five civilian experts found a “deficient” command climate at the installation, including ineffective implementation of the Army’s Sexual Harassment/Assault Response and Prevention program, according to the Army.

“The challenges at Fort Hood forced us to take a critical look at our systems, our policies and ourselves,” Army Secretary Ryan McCarthy said last year.

“This is not just about metrics, but about possessing the ability to show compassion for our teammates and to look out for the best interest of our soldiers,” McCarthy said. “This report, without a doubt, will cause the Army to change our culture.”

Grinston said the biggest issues he acknowledged after reading the report was a failure to communicate the importance of cohesive teams, and the failure of small-unit leaders in understanding their soldiers.

“I don’t let soldiers harm my soldiers,” Grinston said. “That’s what it means to be in my squad, and I’ve been communicating that. ... Maybe I didn’t communicate that enough.”

While visiting Fort Hood recently, Grinston said he received honest feedback and “some other things” to look into while checking in with soldiers.

“They were really honest, and it was hard to take it,” Grinston said. Rather than get angry when soldiers voice how they feel, he said, leaders should listen to them and “do something about it.”

“We’re going to do better, and that’s why I was at Fort Hood, to say, ‘Hey, are we going in the right direction? What else am I missing?’ ” Grinston said.