SMA: NCOs Must Take Time to Know Their Soldiers

SMA: NCOs Must Take Time to Know Their Soldiers 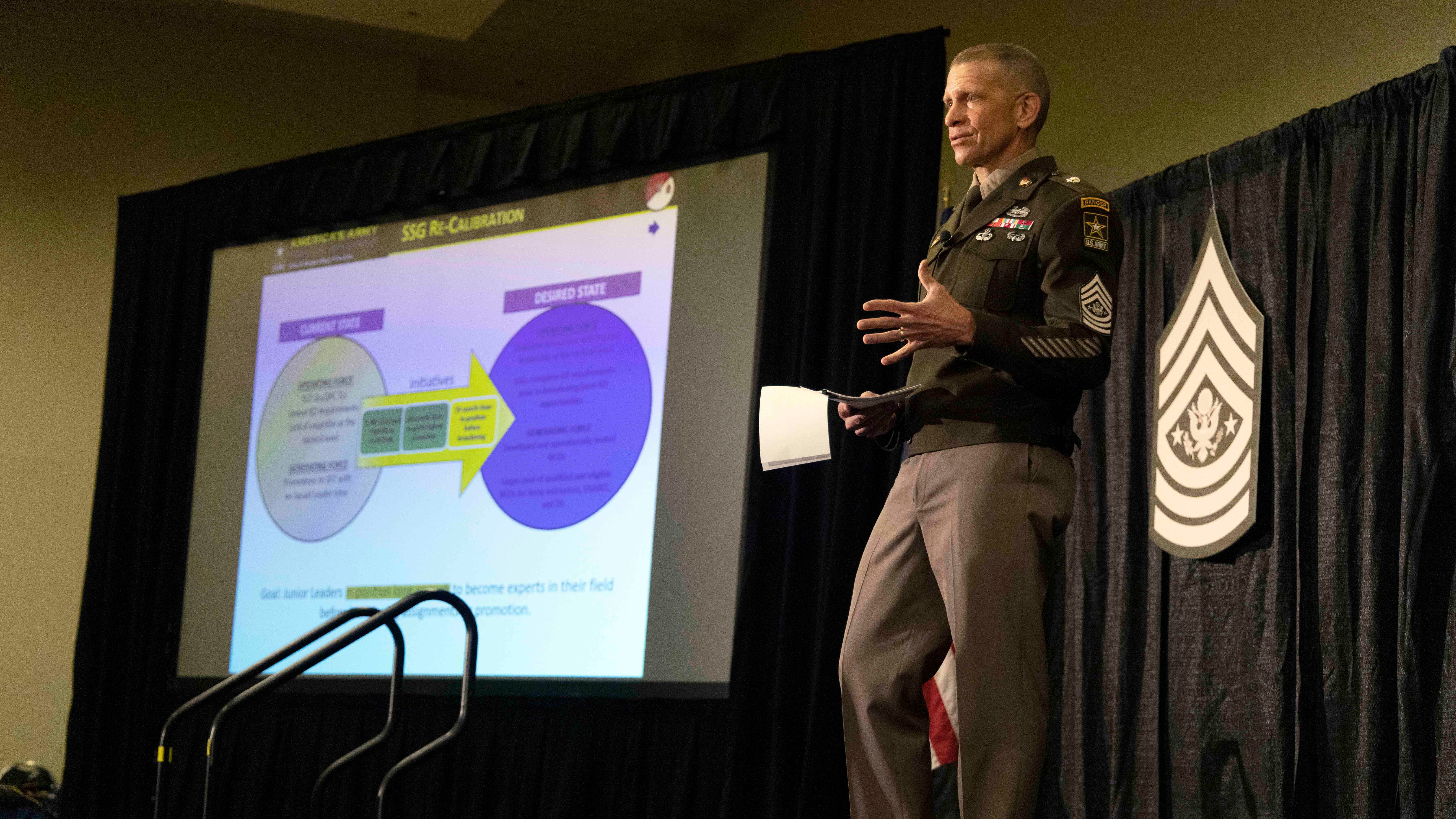 Working to get after some of the social challenges facing the force, the Army’s top enlisted leader urged NCOs to think differently about what it means to take care of their soldiers.

Outlining his top priorities Oct. 13 during a forum for NCOs at the Association of the U.S. Army’s 2021 Annual Meeting and Exposition in Washington, D.C., Sgt. Maj. of the Army Michael Grinston took aim at the phrase, “All I see is green,” that over time has become a way of telling soldiers they are all being treated equally.

“I think I learn best through my failures, and I used to say, ‘All I see is green, one standard,’ and somebody said to me one time about a year ago, ‘When you say that to me, you’re not acknowledging when I take the uniform off, I will be treated differently,’ ” Grinston recalled. “As a leader, I wasn't even acknowledging that this person would be struggling when they drive out the gate or that somebody wouldn't serve them at a restaurant or whatever would happen.”

“There are standards and discipline in the Army. That is our foundation, but there are other things that are your foundation, and as a leader, you need to know that you need to acknowledge it and then recognize it and don’t ignore it,” he said.

Grinston evoked the difficult conversations that might have taken place in 2020 after the widespread civil unrest prompted by racial inequalities. Recognizing that many leaders might have prohibited talk of the hot button issues because of the corresponding political turmoil surrounding the unrest, Grinston said he would see that as an opportunity to put it on the table.

“What was happening inside [some soldiers] … during the unrest was, ‘I'm dealing with all this rage and pain, right here, right now, and you won't even acknowledge it as a leader,’ ” Grinston bellowed. “I don’t think that’s the way you should do it. Just acknowledge it, and then let’s have this conversation. You may struggle with it, but don’t ignore it. Maybe it’s an argument, but that’s what families do.”

In response to questions about how NCOs can spend quality time with their soldiers when everyone’s calendars are packed with training requirements, Grinston slashed the notion that there could be anything more important than making some “white space” on the calendar specifically for that reason.

He lamented that suicides have gone up and shared details of an email he received in the previous 48 hours of a soldier who died by suicide. He explained that the soldier’s mother had been trying to call the unit to ask someone to check on her son, whom she hadn’t been able to reach.

“What that instantly says to me is, are you actually building a cohesive team? Why didn’t the mother have the unit’s number?” Grinston asked.

There is no substitute for that personal interaction, he said, describing a recent day when he spent six hours in his car visiting his soldiers in the Washington, D.C., area. He pointed out that if the sergeant major of the Army can tell the Army chief of staff that he’s taking a day off to see his soldiers, then it can be done at the company, battery and troop levels, too.

“Plan it, put it on your calendar and do it. We’ve got to check on our soldiers,” Grinston said. “If you don’t have time to go do those things, you may end up being consumed with very bad things. Do it before you lose someone in your organization.”