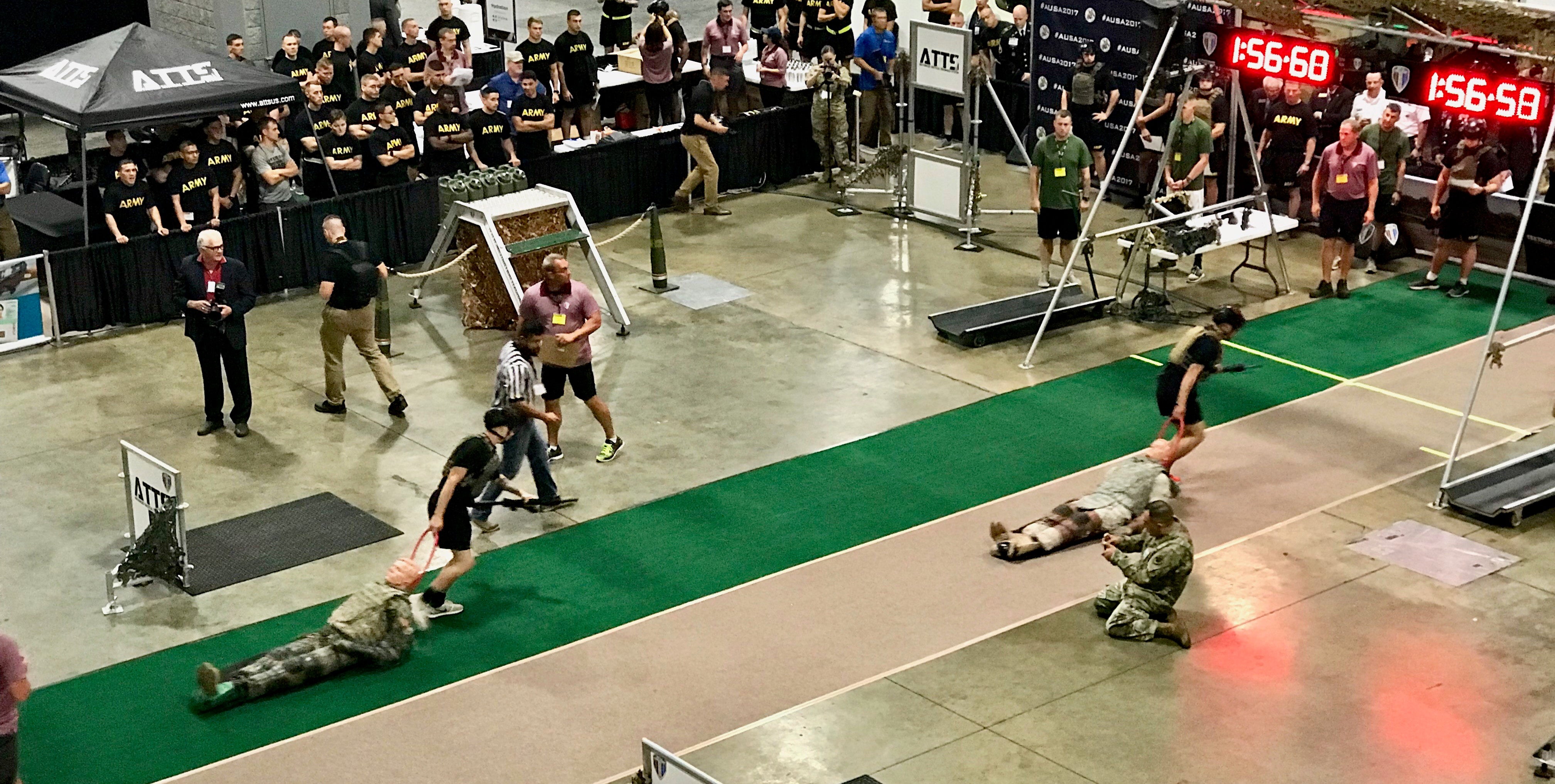 With more than 60 soldiers in tow, Sgt. Maj. of the Army Daniel A. Dailey led the participants at today’s first early morning Battle Challenge, a fire and maneuver obstacle course that launched activities on the exhibit floor at the Association of the U.S. Army symposium.

Replacing what had been a traditional run with the sergeant major of the Army followed by breakfast and a speech, the Battle Challenge competition attracted dozens of PT uniform-clad soldiers who maneuvered an obstacle course, with times that averaged about two minutes. Each two-man team ran toward and climbed a cargo net, slid down a knotted rope, mounted and tumbled over a wall, low-crawled, shuffled Jerry cans, resupplied ammunition, performed marksmanship tasks and rescued a downed service member, in a race toward the finish.

Sgt. 1st Class Breeden Shannon won best male time at 1:36:96, and Cpl. Kristen Gray was the fastest female at 2:42:33 minutes. Dailey, whose top priority for every soldier is a commitment to physical fitness, called it “a great little challenge.”

Among the competitors were the 22 soldiers from around the Army who had won their own command’s Best Warrior competition. One of those was Spc. Kenny Ochoa of the U.S. Army Reserve Command, who was breathless and smiling after completing the burst of exercise.

“It’s something you don’t ordinarily do, not the regular old PT test. With this, you use every muscle in your body,” said Ochoa, with the 481st Heavy Boat Transportation Company, noting that it’s what soldiers have come to expect from Dailey. “He wouldn’t make his soldiers do anything he wouldn’t do himself. He walks the walk.”

Watching from the sidelines, AUSA President and CEO retired Gen. Carter F. Ham followed the action with a smile. “This is pretty cool, beats a breakfast,” Ham said, predicting that at AUSA events “we’ll see this expand”