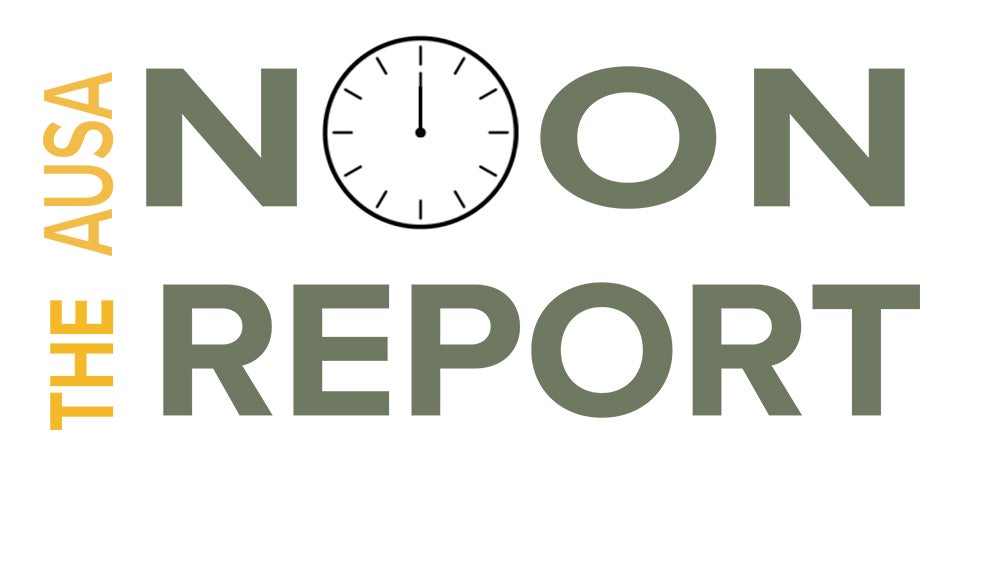 The Association of the U.S. Army is launching a new professional development program called “The AUSA Noon Report.” It will debut on May 21, with Sgt. Maj. of the Army Michael Grinston as the first guest for the livestreamed event.

Modeled after AUSA’s popular series of breakfast events but tailored to the social distancing era, the 12 p.m. Eastern shows are timed for the lunch hour but will be recorded and available for later viewing.

On the May 21 webcast, retired Gen. Carter Ham, AUSA president and CEO, will make opening remarks. A fireside chat-style interview is planned with retired Sgt. Maj. of the Army Daniel Dailey speaking with Grinston for about 20 minutes. There will be time set aside for questions.

The discussion is expected to cover three general topics: how the Army intends to safely return to collective training, timing and planning for delayed permanent change-of-station moves, and a Grinston priority of shaping Army culture that he refers to as “This is My Squad.”

Dailey, AUSA’s vice president for NCO and Soldier Programs, was the 15th sergeant major of the Army who retired in January. Grinston is the 16th, assuming the leadership position on Aug. 9.

A native of Jasper, Alabama, Grinston is an artilleryman whose deployments include Operations Desert Storm and Desert Shield, Iraqi Freedom, New Dawn, Inherent Resolve, Enduring Freedom and Kosovo. He was the 1st Infantry Division command sergeant major for the Army’s first deployment of a division headquarters in support of Operation Inherent Resolve, and he served as the command sergeant major for I Corps and Army Forces Command before being chosen as the senior enlisted adviser to the Army chief of staff.

There is no cost to watch the webcast, but advance registration is recommended because there is a cap on viewers. For more information or to register, visit https://www.ausa.org/events/noon-report-grinston