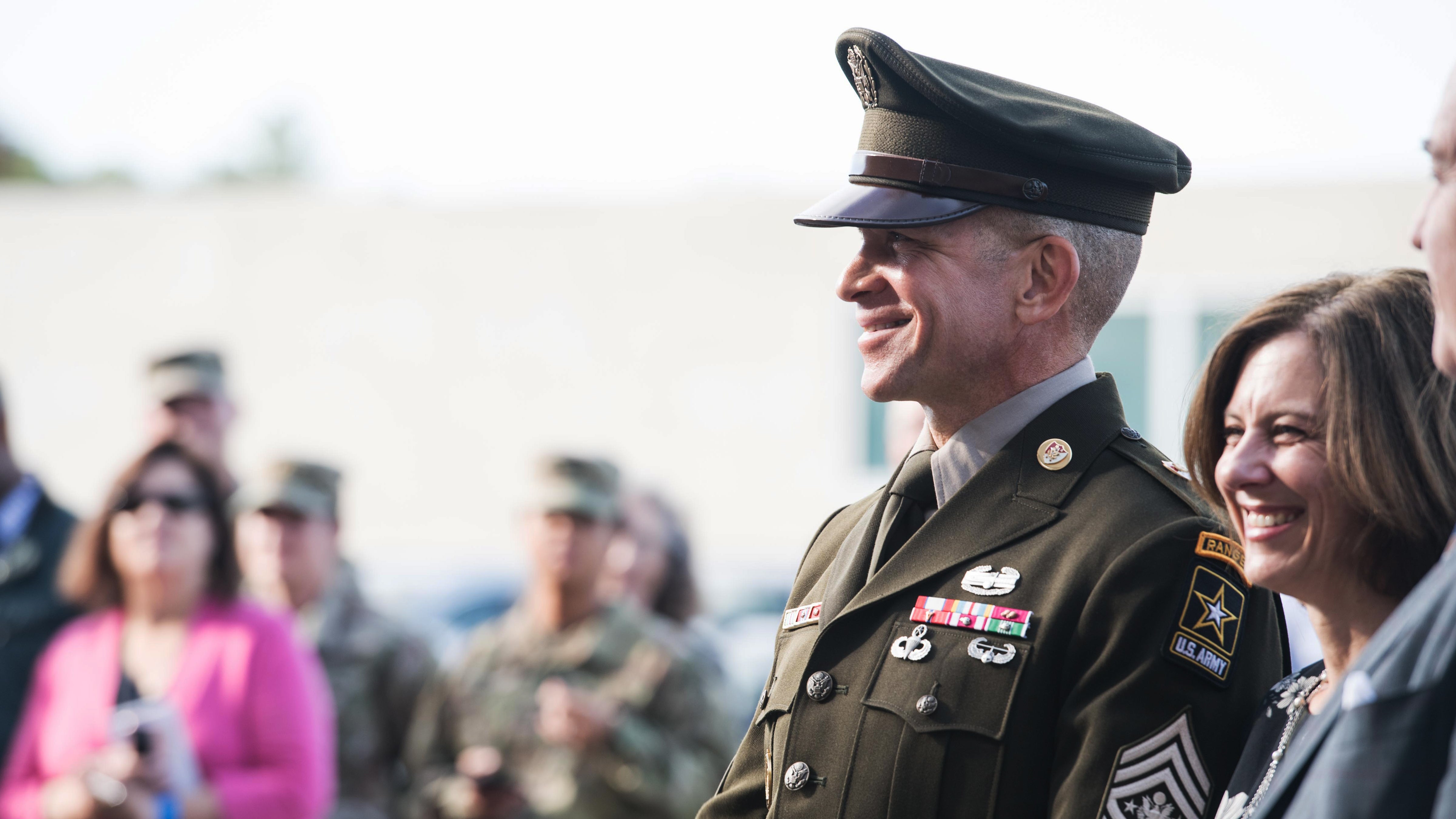 Sgt. Maj. of the Army Michael Grinston will speak Jan. 12 during The AUSA Noon Report webinar hosted by the Association of the U.S. Army.

Grinston is slated to discuss several topics, including changing Army culture, the service’s ongoing COVID-19 response, and how soldiers are returning safely to training.

As the Army’s senior enlisted soldier, Grinston has been a key leader in the Army’s efforts to increase diversity and inclusion across the force. He also has championed the This is My Squad initiative, which calls on leaders to get to know their soldiers and invest time and effort into building strong, cohesive teams.

More recently, Grinston has been working to engage with soldiers after an independent review of the command climate and culture at Fort Hood, Texas, found several failings, including what Army Secretary Ryan McCarthy called “major flaws” with the Sexual Harassment/Assault Response and Prevention program.

“Leaders, from team leaders to command sergeants major, bear the responsibility to care for and protect our soldiers and families,” he said. “Throughout the course of this review, it was clear leaders at multiple echelons failed to take actions that uphold our values.”

While the review focused on Fort Hood, its findings are not confined to just one post, he said. “Every leader in the Army should take notice, myself included,” Grinston said. “As a noncommissioned officer, I take this personally. We have to take the first step toward building cohesive teams that truly care for one another.”