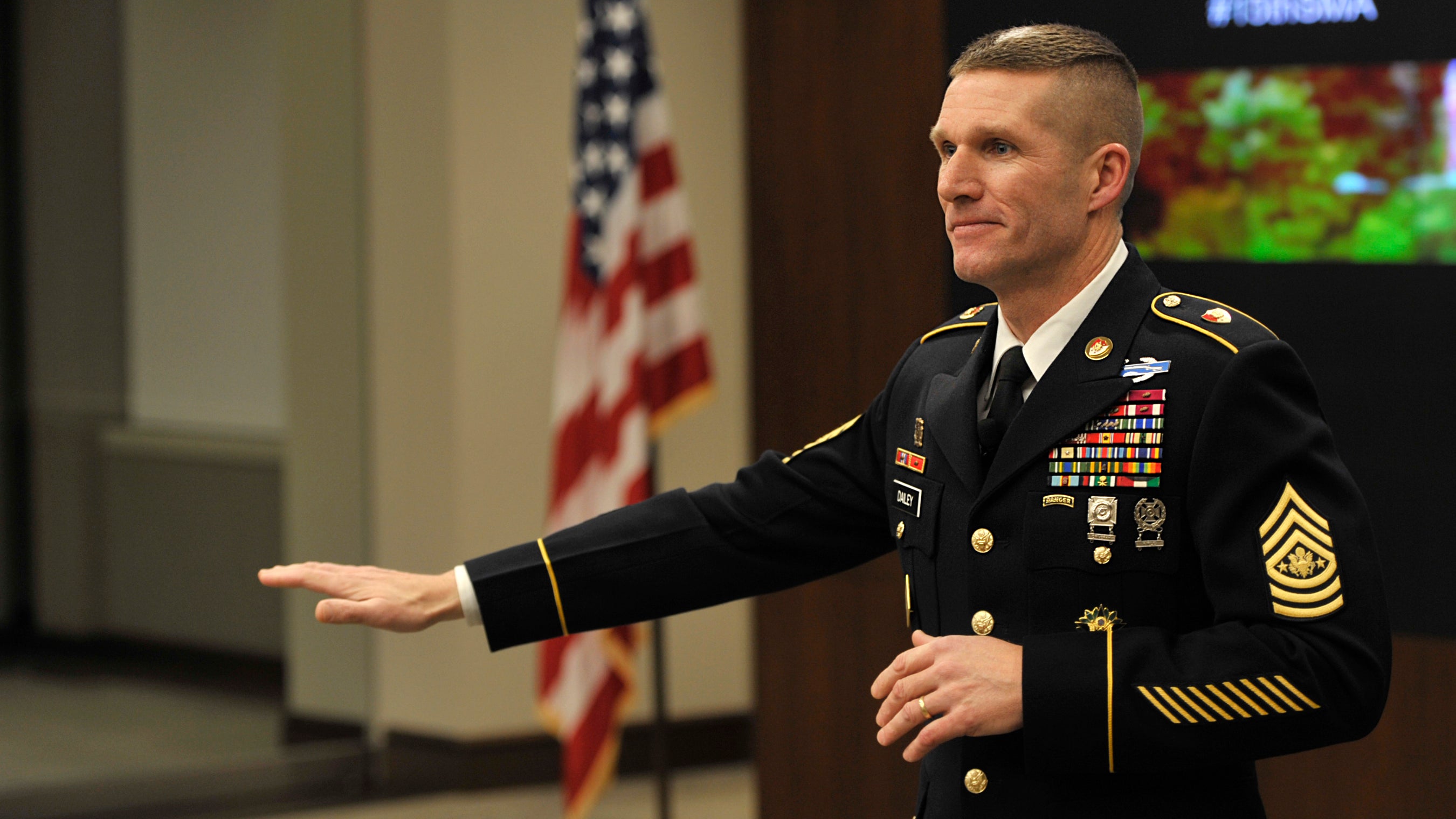 Sgt. Maj. of the Army Daniel A. Dailey supports a DoD proposal that would separate soldiers unable to deploy on the condition that those forced out for medical reasons are fairly treated.

Speaking at a forum sponsored by the Association of the U.S. Army’s Institute of Land Warfare, Dailey discussed a Pentagon proposal that would require units to begin administrative separation of soldiers who are not deployable for either 12 consecutive months or 12 months during an 18-month span.

The proposal responds to a complaint that some units are not fully combat-ready because they are carrying soldiers who that cannot deploy, usually for medical reasons.

The Army can also help create or increase incentives for being deployable, Dailey said. Deployment pay, similar to sea pay provided to sailors, is one idea under consideration, he said.

Separating these nondeployable soldiers will improve readiness by having fully staffed and fully trained units, Dailey said. “That doesn't mean we are not going to take care of people,” he said, stressing the importance of treating separating soldiers well because it is the right thing to do and because it also helps the image of the Army.

“There is no organization that takes better care of its people,” Dailey said.

Secretary of the Army Mark T. Esper raised deployability as an issue during a recent Pentagon meeting with military and veterans’ groups. The more than 100,000 soldiers in a nondeployable status are “hurting readiness,” Esper said.

The secretary said he did not like resorting to administrative separation but felt it was necessary.