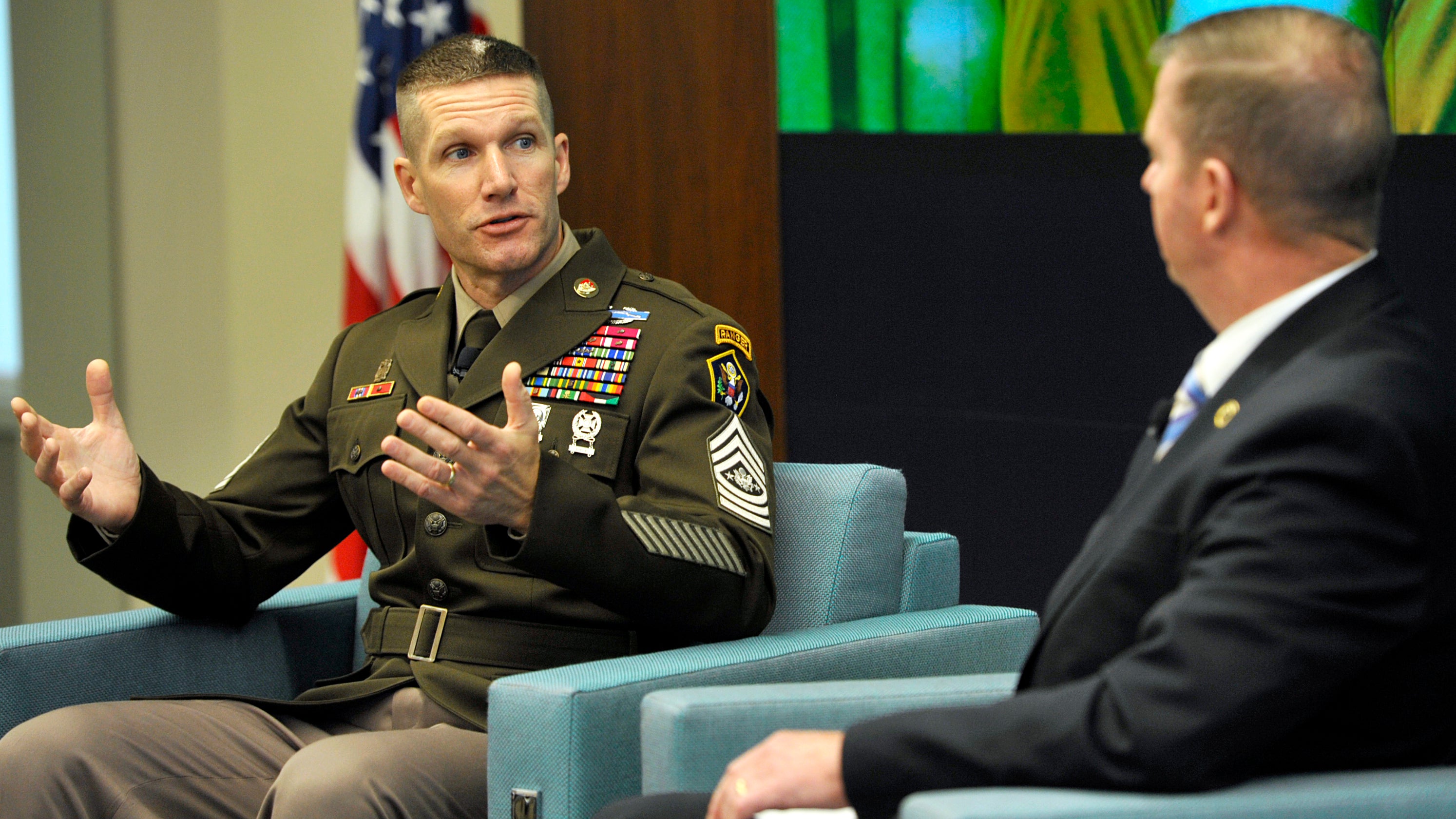 Sgt. Maj. of the Army Daniel A. Dailey says his successor as the Army’s senior enlisted adviser is better prepared for the job in some ways than he was when he filled the post in early 2015.

Grinston is scheduled to become the 16th sergeant major of the Army in August, with the 50-year-old Dailey retiring after making history as the youngest NCO, at the age of 46, to be appointed to the position of the most senior enlisted soldier in the U.S. Army.

“The Army is going to be in good hands,” Dailey said. Grinston comes to the job “with a wealth of knowledge and experience,” and he was afforded the opportunities to be developed and groomed for the position that Dailey said were not available before he took the post.

Grinston was chosen from a field of 12 command sergeants major from three-star and higher commands who were nominated and endorsed.

The first challenge the 2019 group faced was taking the new Army Combat Fitness Test, Dailey said. “I did give them forewarning.”

“They did quite well. They did very well,” Dailey said of the fitness test. They were also quite smart. “Of course, at that level, when you bring them into a board, the knowledge of these gentlemen and ladies is just phenomenal. I mean, this is the better part of 30 to 35 years of experience.”