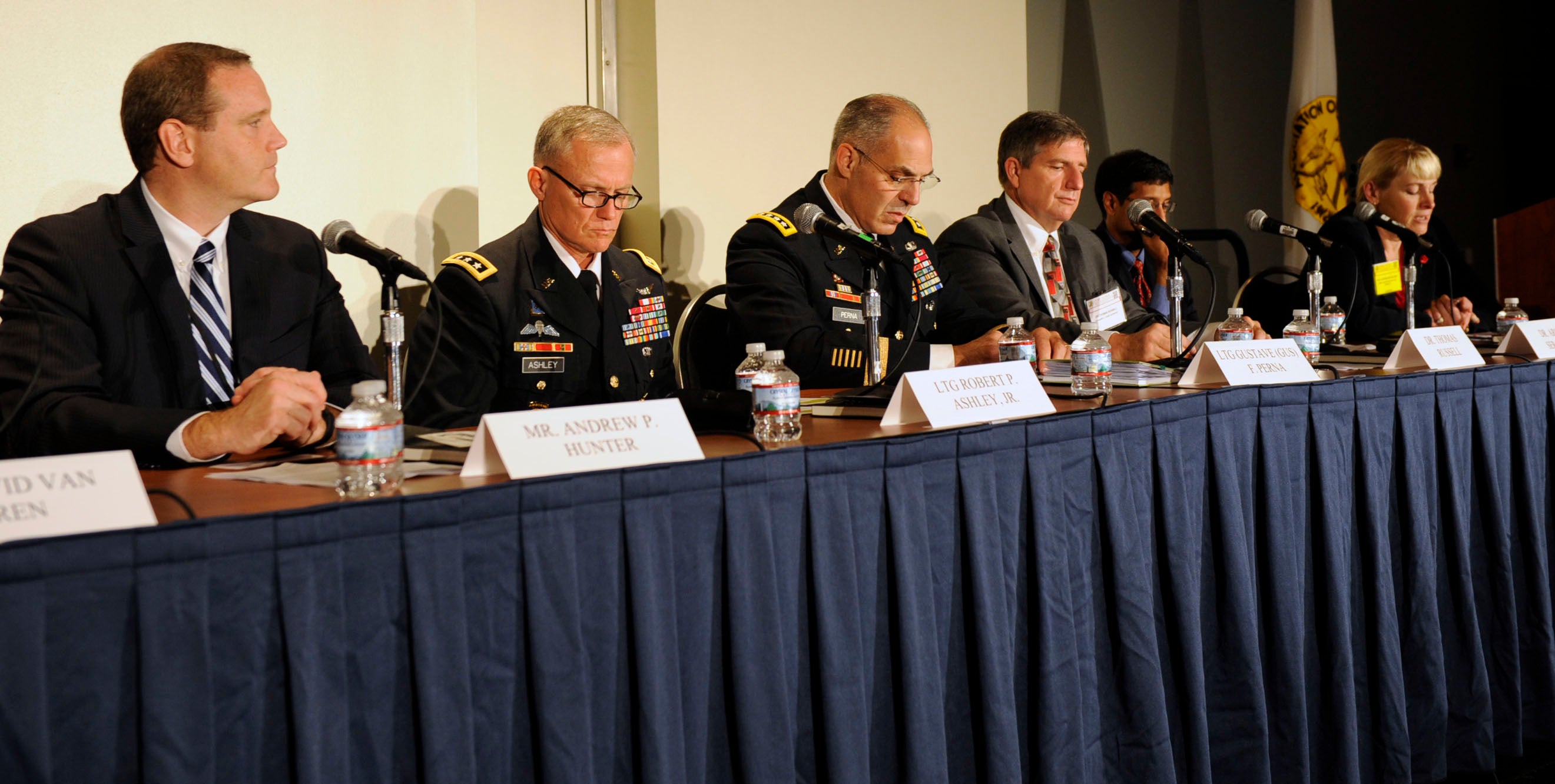 The Army needs to prepare forces for the future at time when technology and potential adversaries are changing rapidly while the defense procurement process is historically slow, a panel of defense and private sector officials said at a contemporary military forum at the Association of the U.S. Army’s Annual Meeting and Exposition.

That conflict between the need for rapid change and a cumbersome acquisition process is aggravated by the current budget environment in which funding levels are inadequate and unpredictable, the panelists said.

Katrina McFarland, the acting assistant secretary for acquisition, logistics and technology, said the Army is “looking at where we can create more agile technology” to meet the current security environment when “the majority of contracts don’t have the flexibility” needed. “We need to find ways we can keep up with technology.”

Lt. Gen. Robert P. Ashley Jr., deputy chief of staff G-2, said the acquisition process starts “with the context, the operational environment and the threat.” After 15 years of building a force for a counterinsurgency campaign, the challenge now is to prepare for “a near-peer competitor” and the prospect of overcoming anti-access, area-denial capabilities and a return to combined arms operations.

Ashley cited Russia as a likely near-peer competitor and noted its advanced capabilities in electronic warfare, “which we haven’t had to think about for a while,” and cyber.

McFarland repeatedly appealed to industry representatives in the audience to help the Army work through this challenge, providing ideas of capabilities they can procure and asking them to produce systems with “open architecture” that allows for quicker and cheaper updating of the technology. She also mentioned the military’s desire for ownership of the technology in new systems, raising the sensitive issue of intellectual property rights that industry traditionally seeks to protect.

Lt. Gen. Gustave F. Perna, the deputy chief of staff G-4, said soldiers in the field must be able to maintain all the Army’s equipment and not have to depend on contractor support.

Perna noted that when the Army crossed the border into Iraq in 2003, it had no contractor support and drove all the way to Baghdad. “We need to be able to sustain the things you give us,” he said. “If it can’t be sustained by a soldier, it’s probably not something we should have.”

David Van Buren, a senior vice president at L-3 Communications, said industry knows that the longer it takes the military to move programs, the more it will cost. He also said he was “not sure the process inside the building is as good as it can be,” referring to the Pentagon.

Perna said the Army went into Iraq with “thin-skinned Humvees” but had armored vehicles when returning in force for Operation Iraqi Freedom II, and then quickly fielded MRAPs to counter the threat of improvised explosives.

Andrew Hunter, director of the Defense-Industrial Initiatives Group at the Center for Strategic and International Studies, suggested that to get what it needed to modernize the force, the Army had to do a better job of explaining what it needed and why. He also urged Army leadership to focus on priorities instead of trying to get money for a wide range of things.