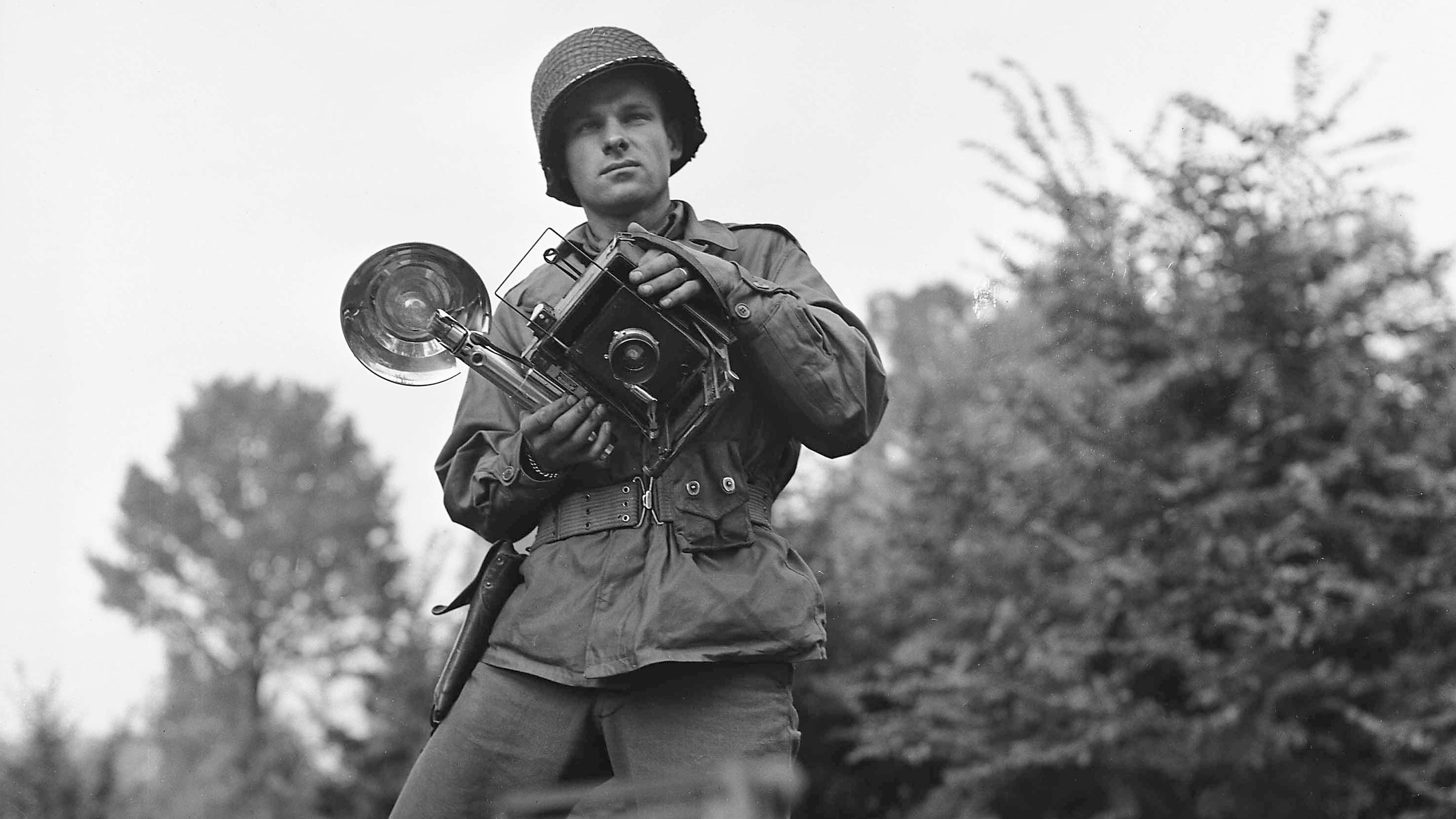 Of the 18 million photographs in the National Archives, the U.S. Army Signal Corps’ collection is the oldest and largest, and its images from 1945 may be the most telling of war—not only of one’s end but also of the reality that follows years of conflict.

“I believe that they left an incredible gift to future generations, and our generation right now, by the photographs they took of the war because they teach us … the human toll of war,” Richard Cahan, co-author of Aftershock: The Human Toll of War, said during a panel at the National Archives on Nov. 14.

Aftershock focuses solely on 1945 to show the end of World War II, as well as the dawn of something new, co-author Mark Jacob said. 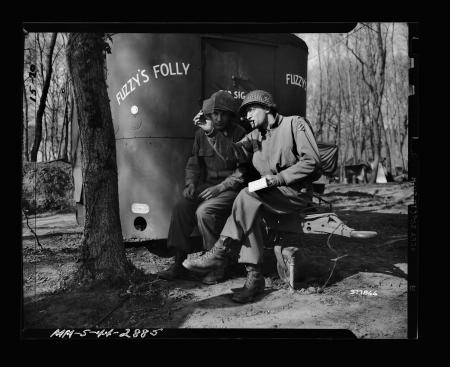 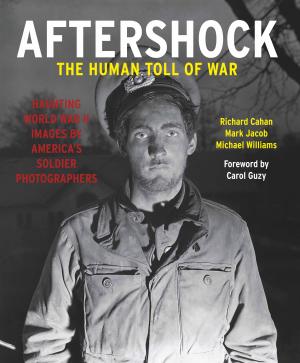 “We didn’t want to have just death and destruction,” Jacob said of the photographs chosen for Aftershock. “We wanted to give readers a real sense of what it was like in that year as the world was coming to terms with how terrible total war had been.”

The authors also wanted to share the stories of the Signal Corps companies and the men behind the cameras, Cahan said. While most of them were not trained photographers or journalists, they were sent overseas to capture war through the lens—from the front lines to quiet moments out of harm’s way.

“Some of the pictures really are beautiful, and it was odd because these are pictures of ugliness to a great extent, but they were so beautifully taken by these soldiers,” Jacob said.

Erik Villard, the U.S. Army Center of Military History’s digital military historian, called the Signal Corps’ collection a national treasure as the images contain information not likely to be found somewhere else.

“Keeping this photographic collection alive and available is really one of the best ways to honor our veterans,” Villard said.