Shift in Modernization Strategy Ahead

Shift in Modernization Strategy Ahead 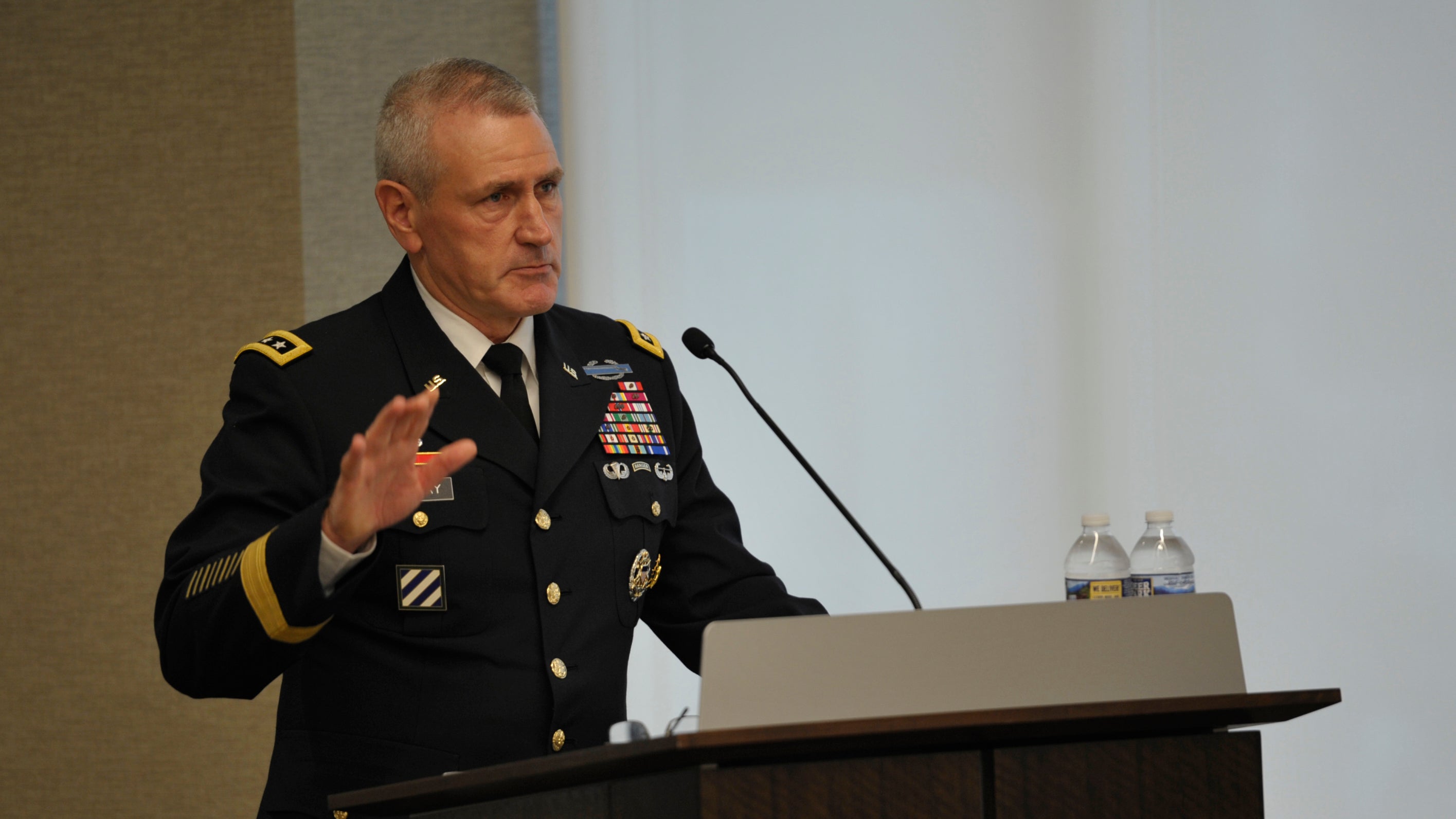 The Army will continue to make incremental upgrades in weapons and equipment while determining the future of expensive capability upgrades, said Lt. Gen. John M. Murray, the deputy chief of staff for program development and justification.

Speaking at the 300th breakfast hosted by the Association of the U.S. Army’s Institute of Land Warfare, Murray said the Army faces a fundamental shift in modernization strategy, but the outcome is not yet clear. There are, he said, “a lot of unknowns.”

The biggest unknown is how much the Army can spend on modernization and when it might get the money, he said, noting the modest $600 million increase it has received is earmarked for munitions purchases.

In the short term, the Army can expect to continue to make incremental upgrades in current weapons and equipment while waiting for a new defense strategy and long-term modernization plan to be approved. When it moves forward, the Army should invest in new technologies without spending a lot of money on things in which industry is already making investments.

Murray sees an advantage to getting early input from soldiers. “You’ll see the Army try to put prototypes in the hands of soldiers as quickly as we possibly can to gather their input and feedback, and do experimentation all before we write requirements documents,” he said.

Also expected are efforts to sustain support and combat service support fleets for as long as possible, and the divestment of old, obsolete and excess equipment so investments can be made in higher-priority areas of the Army’s 830-program portfolio.