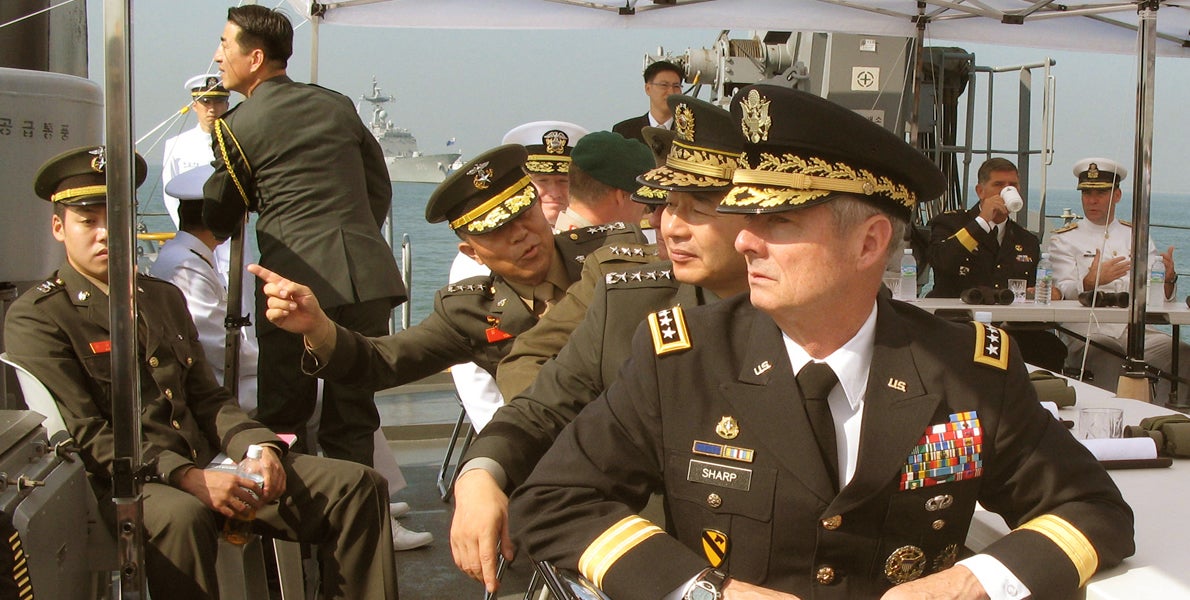 Discussions should begin now about how the world should react if the North Korean government collapses, retired Army Gen. Walter “Skip” Sharp told a meeting of Pacific land forces in Honolulu.

Speaking at the Association of the U.S. Army’s LANPAC Symposium and Exposition, the former commanding general of U.S. Forces Korea warned failure of North Korea’s government would leave a standing military of 1.3 million and 23 million civilians.

Now manager of Sharp Advice LLC, the retired four-star said the U.S., China, South Korea and the United Nations should be talking about dealing with Korean unification, possible military deployments to stabilize the region, what might happen with North Korea’s government and how to handle refugees. “There are many unknowns out there right now,” said Sharp.

While not predicting any imminent collapse, Sharp said there is a real enough possibility that planning is needed. Sharp said he sees North Korea becoming more dangerous, not less, but he can see a future with peace. “The only thing that does get us to a secure, stable peninsula, is reunification,” Sharp said.

Sharp, who retired from the Army in 2011, served as the top U.S. commander in Korea from 2008 until his retirement.