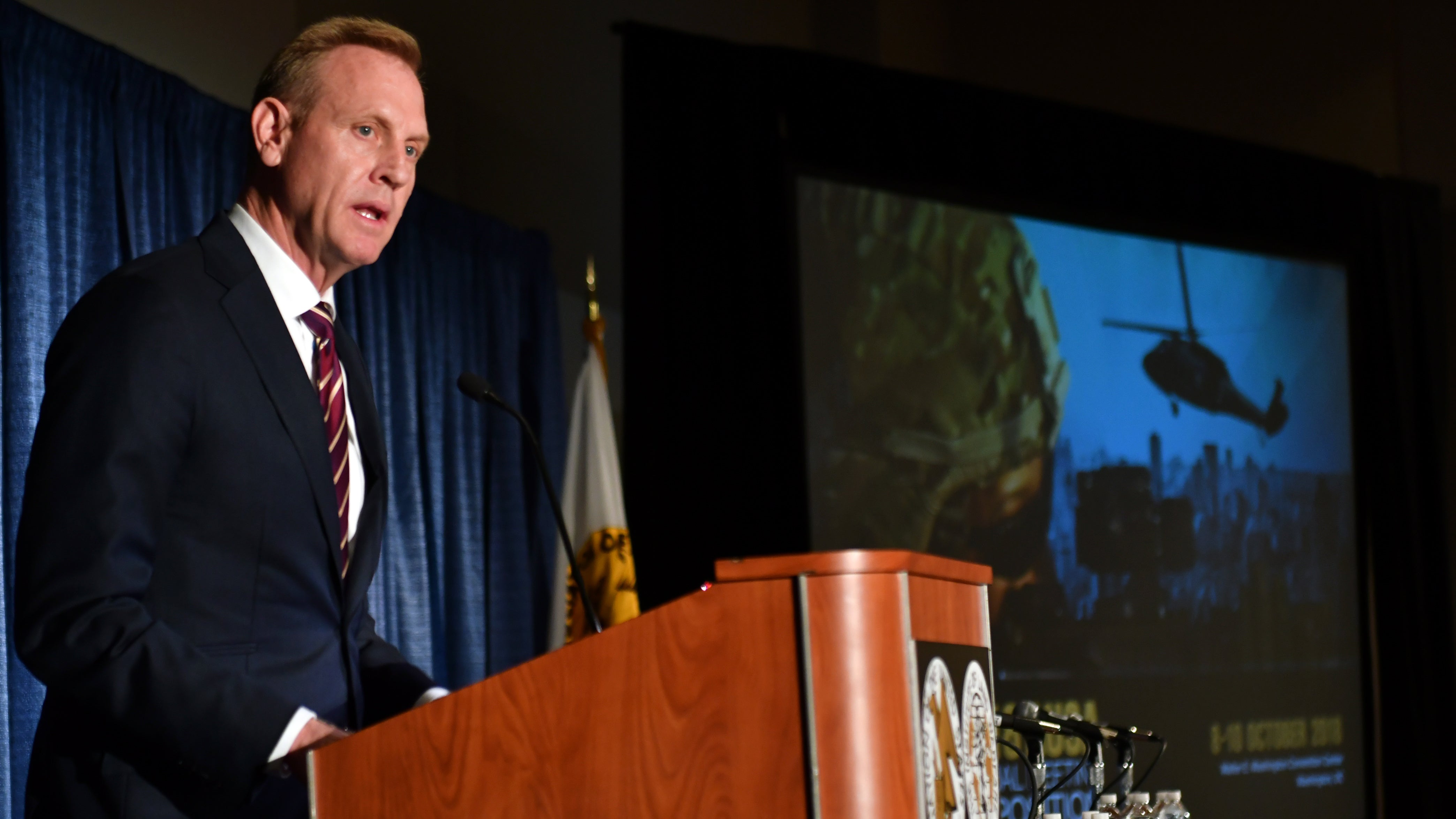 The Pentagon’s No. 2 civilian leader strongly advocated the U.S. Army Futures Command and its leader, Gen. John M. Murray, as a key component in not just making the Army, but the nation as a whole, ready to “dominate and win” in the emerging great-power competition.

“This isn’t just Gen. Murray’s project for the Army. This is about defending the nation,” Deputy Defense Secretary Patrick M. Shanahan said Oct. 10.

Addressing a forum at the Association of the U.S. Army Annual Meeting and Exposition, Shanahan praised the Army and its leaders, who were in the audience, for their “push for readiness and reform.”

“The Army has more than a vision and a strategy, you have a plan and that plan gets better every day. When it comes to reform, the Army is serious and focused. Instead of saying slow down, they’re pushing to go faster,” he said.

“The same is true about the Army when It comes to modernization,” Shanahan said, on which he focused his speech because “it’s a heavy lift and where we must concentrate our efforts.”

“Modernization is about retooling for a new era of great power competition, using muscles we haven’t used for quite a while,” he said, noting that for 17 years the U.S. military has focused on the fight against violent extremists, while peer competitors have been “studying our way of war, doctrine and systems, eroding our conventional overmatch.”

“To develop next-generation doctrine, organization and programs to deter Russia and China, the Army created Futures Command, and placed it under the command of Gen. Murray, whose experience uniquely meets this challenge,” he said.

Shanahan said he recognizes the complexity of changing doctrine, implementing and successfully executing a program of record. “Getting that mix right is what Futures Command is all about.”

Noting how the years of counterinsurgency conflict have resulted in inefficiency, and stovepipes in acquisition, Shanahan said, “We are restructuring that system. With Army Futures Command, we will integrate technologists, operators, acquisition professionals into cross-functional teams focused on the Army’s six modernization priorities. These cross-functional teams will work together, ensuring performance, executability and affordability.”

Shanahan listed some of the “key areas” where he said he has committed to providing attention and support to Murray’s efforts, insisting on focusing only on “capabilities that will dominate in great-power competition and win.”

They must shorten the development cycle and recognize that “better is the enemy of good enough. We must be guided by what combination of men and technology increases lethality. This is not about developing the perfect weapon systems, this is about delivering lethality to our soldiers as quickly as possible. Which, whenever possible, means leveraging existing technology in new ways.”

Shanahan also stressed recruiting the right people because “a handful of good people will determine the outcome.”

He also called for experienced and innovative leaders and said, “we must make the acquisition system we have work for us,” and not use its inefficiencies as an excuse.

“Futures Command is about our future. Gen. Murray is our leader. We must do everything in our power to support him and his team.”