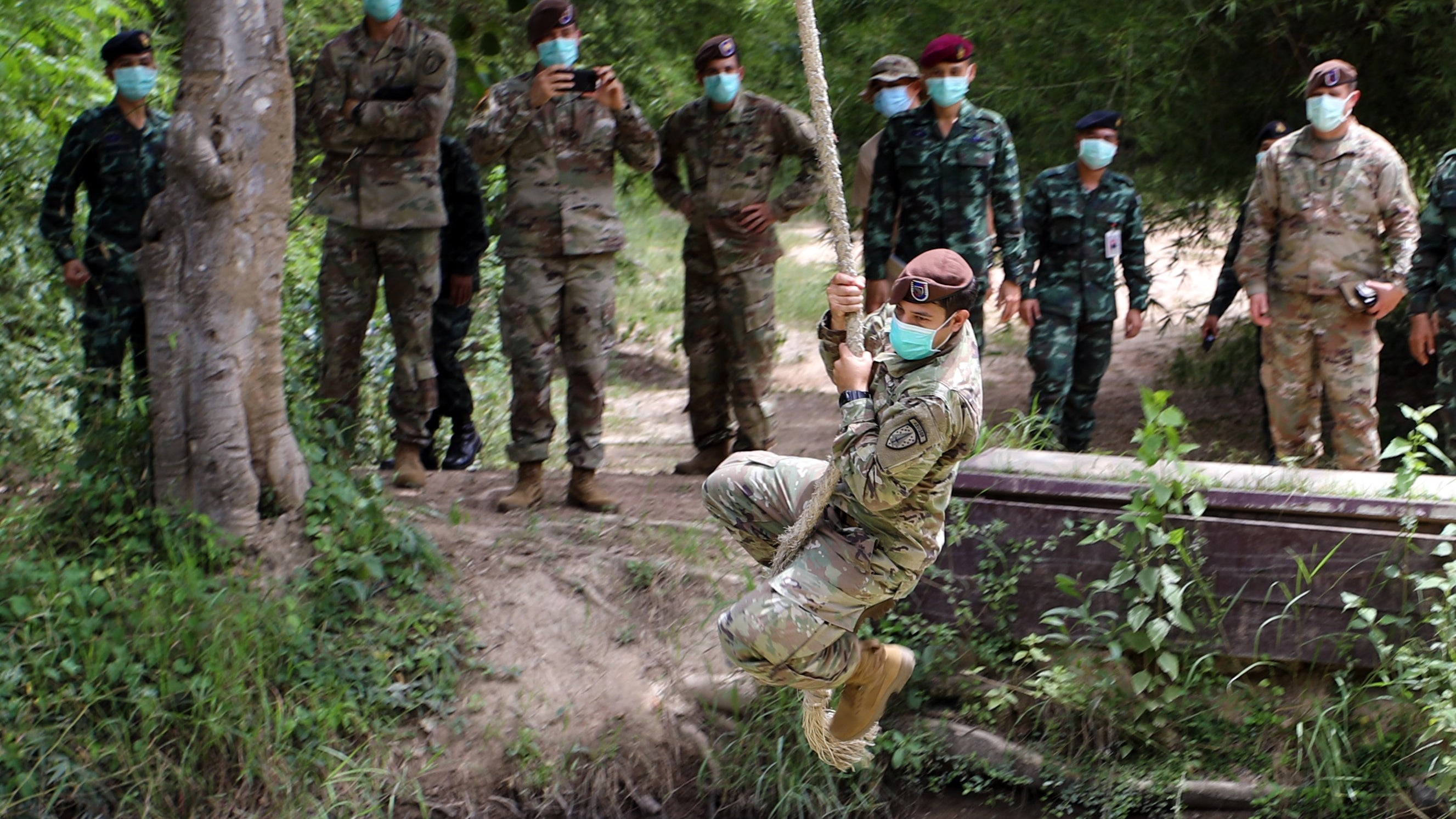 Advisory teams from the Army’s five active-duty security force assistance brigades will deploy on six-month rotations beginning early next year to work with partners and allies around the world, a senior leader said.

The SFABs, specialized units designed to free up brigade combat teams by performing advise-and-assist missions with U.S. allies and partners, have completed deployments in Afghanistan and Africa since the first units were stood up three years ago. They have now been aligned with geographic combatant commands around the world and will operate in various countries supported by elements of the National Guard SFAB.

With a focus on putting people first, the officers and NCOs assigned to the brigades, which are each authorized to have about 800 people, will have 12 months at home between rotations, said Brig. Gen. Scott Jackson, commander of the Security Force Assistance Command at Fort Bragg, North Carolina.

“Across the command, what we're looking for is a sustainable model to maintain this persistent presence, so we're going to look toward a six-month, 12-month split,” Jackson said.

The sixth SFAB, known as the 54th SFAB, is a National Guard brigade with battalions in Florida, Georgia, Illinois, Indiana, Ohio and Texas.

In advance of upcoming rotations to the Indo-Pacific region, a team of advisers with the 5th SFAB’s 1st Battalion, which was stood up in May, completed three training exercises between July and October.

The first training rotation was in Hawaii with the 25th Infantry Division’s 2nd Infantry Brigade Combat Team and elements of the Thai and Indonesian armies, followed by a brief rotation to Thailand. The third training rotation was at the Joint Readiness Training Center at Fort Polk, Louisiana, with the Hawaii units and their Royal Thai Army counterparts.

“We were able to show [the Thai soldiers] what our role was, and I saw that kind of manifest in the increased trust between the two organizations,” said Capt. Matt Brown, a team leader with 1st Battalion, during a Nov. 18 call with media.

In practice, he said, he saw “how we can provide a critical linkage between the Royal Thai Army and, in this case, the 2nd Brigade, 25th Infantry Division, and form that interoperability so that we could be a collective team and not a U.S. unit.”

In Thailand, Brown said, he and his team stayed, trained and worked with several Royal Thai Army organizations in different places around Thailand.

Beginning next year, “we will see a more sustained presence forward in various countries in the [Indo-Pacific Command] region depending, of course, on the [COVID-19] situation, and we're working through that with each country,” said Brig. Gen. Curt Taylor, 5th SFAB commander.

The SFAB formations of 12 to 40 soldiers on the six-month rotations mostly will be in areas considered “permissive” and not in active combat zones, Jackson said. Partner nations, he said, have shown strong interest already in learning more about logistics, how to set up a military intelligence school and professionalizing their NCO corps.

“All five of our active component brigades, further reinforced by the National Guard SFAB, will establish a persistent, enduring presence in support of our partners to basically improve capacity development, but also just to maintain presence,” Jackson said. “With presence comes trust, and with trust comes the ability to react quickly to crises in situations in the future.”