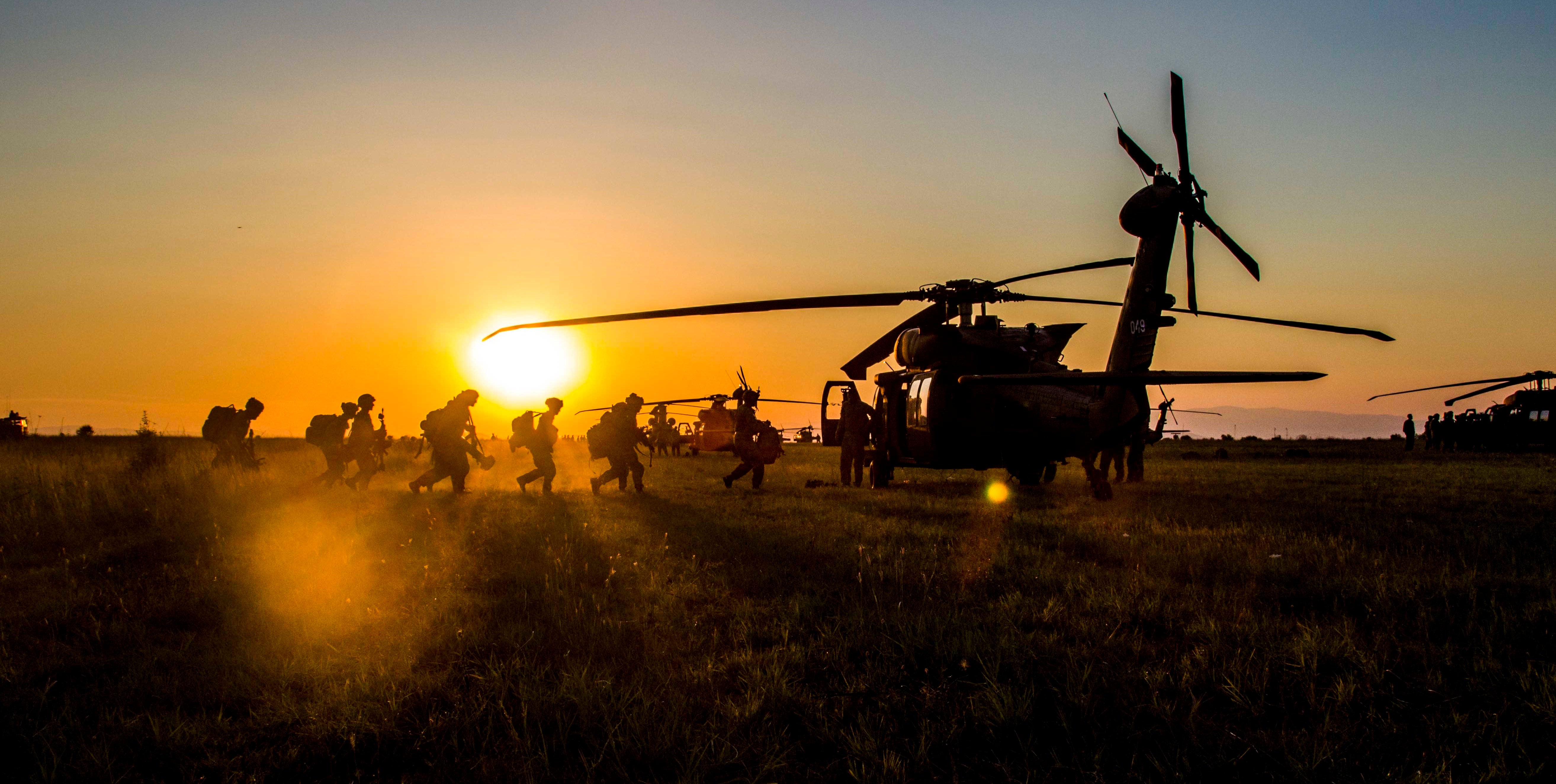 A multi-service panel dove deeply into the complex environment of Multi-Domain Battle now facing U.S. and allied armed forces, a challenge Gen. David Perkins summarized as requiring “convergence” of all the specialties and tribes of the joint force to respond faster than future peer adversaries in a battlespace in which there will be “no uncontested domains.”

Addressing a forum at today’s Association of the U.S. Army Meeting and Exposition, the commanding general of Army Training and Doctrine Command said in past conflicts he never worried about the air or maritime domains because the Air Force and Navy would take care of those, so he could focus on the land fight.

But those days are gone, and Perkins and senior officers from those services, the Marine Corps, Cyber Command and the Joint Chiefs of Staff said they had to adjust doctrine, training and “culture” to enable all of them to operate across warfighting domains while their customary intelligence and command-and-control networks may be compromised.

The idea of “domain ownership” must be replaced by “domain sharing,” Perkins said, an approach that Marine Lt. Gen. Robert Walsh said was engrained in his service because as a combined arms, expeditionary naval force the Marines always have to operate across traditional domains, and now are forced to deal with new threats in the cyber domain.

Walsh, commander of Marine Corps Combat Development Command, saw Multi-Domain Battle as “combined arms and maneuver in a new way” with the goal of “shattering the enemy’s cohesion” and enabling joint forces to operate in a more distributed manner.

Air Force Gen. James Holmes, commander of Air Combat Command, thanked Perkins for the doctrinal publications Army Training and Doctrine Command has produced, which “captured the complexity of the battle we think we will face.”

In the permissive environments of recent fights, “we often spoke past each other as soldiers and airmen,” with different views of the fight, Holmes said. In the future, they all will need to view air, land and cyber as equal contributors.

The new threat they face was explained by Army Maj. Gen. Stephen Fogarty, chief of staff of U.S. Cyber Command, who said “the most important weapon DoD operates is the network. We have to be able to protect it.”

The network enables joint fires and logistics and connects the forces to the GPS navigation systems they all depend on.

“Our adversaries understand this. They are afraid of it, which is why they have invested so much into denying that,” he said.