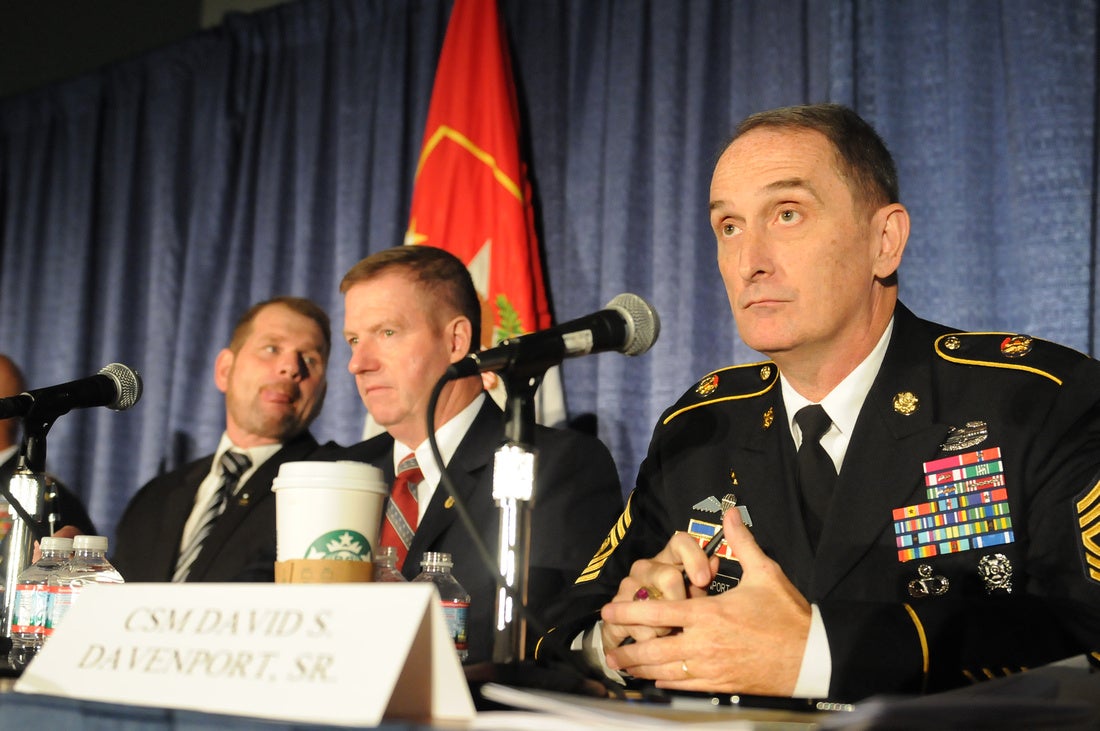 While the Army has been at war for the past 13 years, professional military education (PME) has taken a back seat. That needs to change immediately, senior NCOs said on Wednesday during the Association of the U.S. Army’s Annual Meeting and Exposition.“Over 14,000 noncommissioned officers have not been to the appropriate level of PME,” said Command Sgt. Maj. David S. Davenport, U.S. Army Training and Doctrine Command. Of those 14,000, Davenport said, 1,600 have been NCOs for four years or more.Additionally, he said, more than 1,200 NCOs have been deferred from PME six or more times. “These deferments are causing a huge disruption,” he said, adding that the process is being changed to show not only a reason for a deferment, but when the NCO will be able to attend a particular school.“Priority one, first and foremost, has to be that backlog,” Davenport said. “We have got to get those 14,000 soldiers into school. We need to give [NCOs] formal education to prepare them for success before we promote them.”Starting Jan. 1, NCOs “will not be promoted unless they have the appropriate level of PME,” he said.The Army is redesigning the Warrior Leader Course, the first leadership course NCOs attend, and renaming it the Basic Leader Course, Davenport said.Also, a Skill Level V course called the Master Leader Course for promotable sergeants first class is being established, he said. The first pilot will begin Monday, Oct. 19, at Ft. Bliss, Texas.Command Sgt. Maj. Scott C. Schroeder, the command sergeant major for U.S. Army Forces Command, said soldier education must be synchronized with deployments. “Anytime we move soldiers to go get trained, it is disruptive to the unit,” he said.To bridge the gap between manning and training, Schroeder said the Army needs to overhaul and improve its sponsorship program. “Down at the company level, we need to be more creative in reaching out to and connecting with soldiers better,” he said.