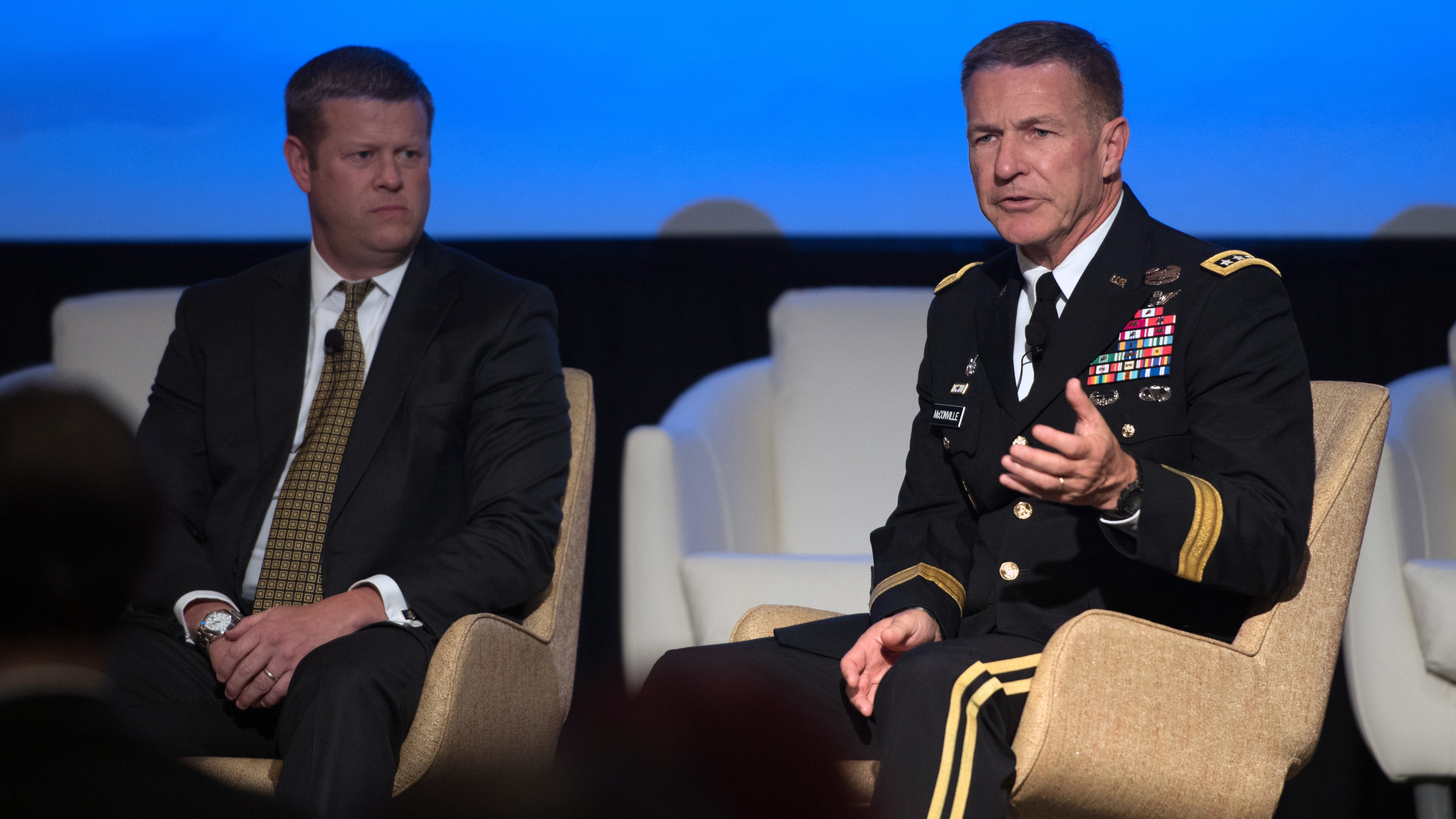 As the Army undertakes its biggest transformation and modernization effort in years, people remain its No. 1 priority, the service’s senior leaders said.

“What you’re seeing is a greater emphasis on people,” said acting Army Secretary Ryan McCarthy. “People drive everything in our institution.”

The Army remains committed to investing in personnel, so soldiers and Army civilians have the right experiences, knowledge and opportunities to reach their optimal potential, he said.

“If we have the people, everything else will follow,” Army Chief of Staff Gen. James McConville said while speaking alongside McCarthy at the Defense News Conference in Arlington, Virginia. “We have over a million soldiers, about 250,000 civilians in the U.S. Army. What we want to make sure is that every single person is in the right job at the right time.”

“We can’t be an industrial-age army in the information age,” he said.

The top Army leaders also discussed quality of life priorities, including child care, spousal employment and the frequency of moves, as they impact soldier readiness.

“We’ve got to have a ready, modern force so we don’t lose the next war,” McCarthy said. “But if we don’t take care of our people, we won’t deliver when it matters.”