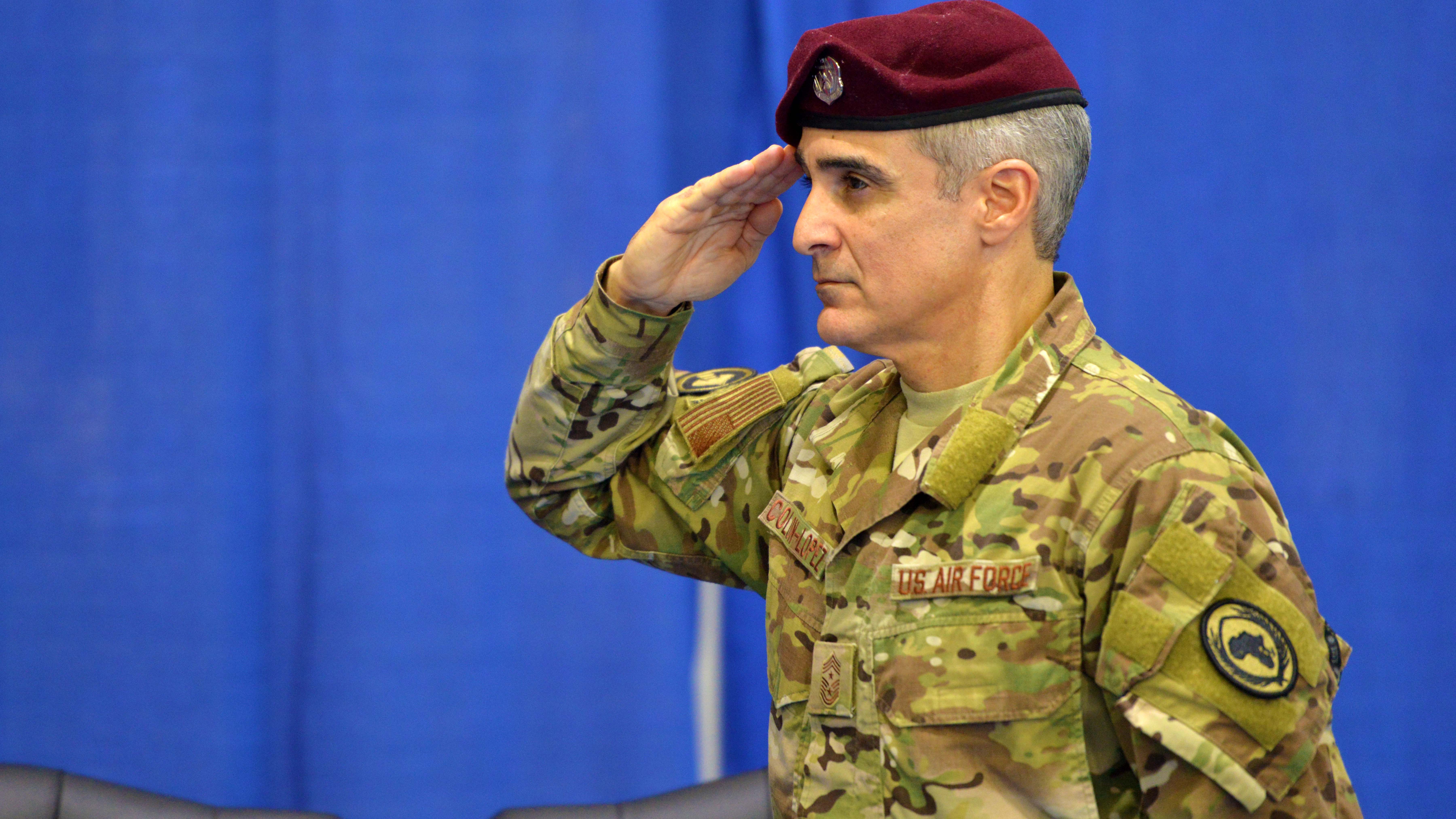 A senior Pentagon enlisted leader is sharing his own story in a renewed effort to eliminate the stigma many troops feel when it comes to seeking behavioral health care.

“It took me 15 years to finally go ahead and identify it, and I did get help,” Senior Enlisted Advisor to the Chairman of the Joint Chiefs Ramon Colon-Lopez said Sept. 14 during a webinar hosted by the Association of the U.S. Army.

By position, Colon-Lopez is the military’s most senior enlisted member.

“It’s very important for our young service members, and old, to go ahead and seek the help they need in order for them to remain effective. We need to get over the misconceptions of mental health,” he said, describing brain health as one of eight areas in DoD’s Total Force Fitness program, which focuses on service members’ overall health and effectiveness throughout their careers.

There is much to learn about how the brain works, Colon-Lopez said. While “we’re making great strides,” mental health concerns are “leading to a lot of personnel being taken off the line of duty” or being medically retired, he said during The AUSA Noon Report virtual event.

It is important that service members get the help they need, he said. It is also important for the military to identify potential pitfalls and forecast when someone might need a break to recuperate.

“A lot of people shy away from seeking help out of fear of losing their job or their clearance or simply being labeled as someone who went to mental health,” Colon-Lopez said.

Some also may feel as if their concerns aren’t as important if they haven’t served in combat, he said.

To combat the stigma, leaders at all levels of the military must be supportive of their troops, and the military could rethink the way troops get help. Maybe instead of going to a behavioral health clinic, troops can go to a human performance lab where they get a holistic, head-to-toe evaluation, “it’s nonjudgmental, and people feel comfortable that they’re going to get fixed regardless of what the problem is,” Colon-Lopez said.

Colon-Lopez, an Air Force pararescueman with multiple deployments, said his wife asked him “for a long, long time” to seek help. “Because of personal pride and the company I kept in special operations … I didn’t for a very long time,” he said.

It wasn’t until “the wheels were about to come off” and “I was in a place where it could’ve been detrimental to everything we’d built” that he finally listened to his wife’s pleas, Colon-Lopez said.

Colon-Lopez, who said he was receiving care when he interviewed with Joint Chiefs Chairman Gen. Mark Milley for his current job, is urging others to get the help they need.

“Don’t become another number or another statistic,” he said, using as an example how people will get chemotherapy or radiation or surgery or whatever is needed to fight cancer.

“We’ve got to treat mental health in the same fashion, because it is no different,” he said. “It is an ailment.”