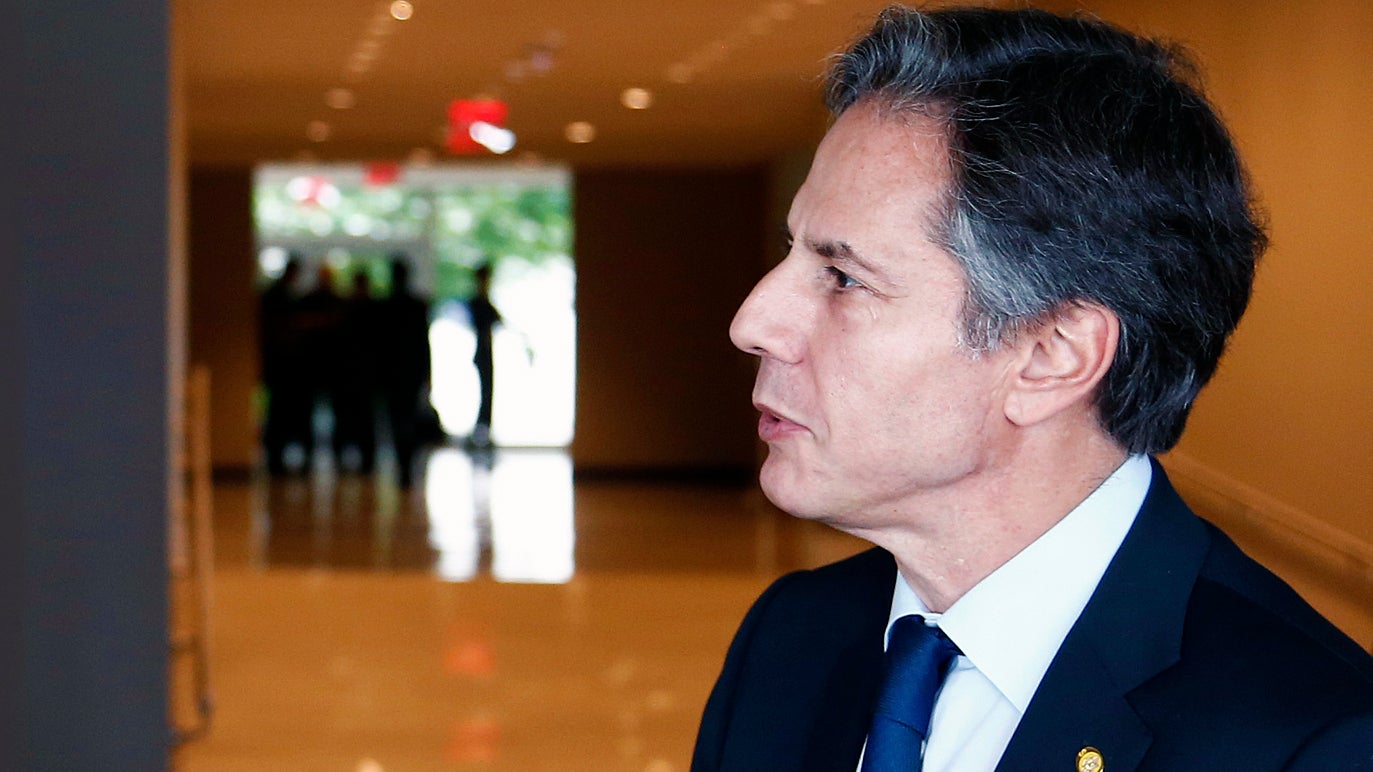 Antony Blinken, President-elect Joe Biden’s pick to serve as secretary of state, talked about World War II in a speech after he was introduced.

Blinken said he comes from a large family that has always viewed the United States as “the last best hope on Earth.”

His father, Donald Blinken, served in the Army Air Forces in World War II, and his late stepfather, Samuel Pisar, was a concentration camp survivor.

Pisar “was one of 900 children in his school in Bialystok, Poland, but the only one to survive the Holocaust after four years in concentration camps,” Blinken said at the Delaware press conference. “At the end of the war, he made a break from a death march into the Bavarian woods. From his hiding place, he heard the rumbling sound of a tank.”

Instead of a German Iron Cross, the tank bore the five-pointed white star of the U.S. “He ran to the tank,” Blinken said. “The hatch opened. An African American GI looked down at him.”

Pisar “fell to his knees and said the only three words he knew in English that his mother had taught him: ‘God Bless America.’ ”

“The GI lifted him into the tank, into America, into freedom,” Blinken said. “That is who we are.”

Known as Tony, Blinken never served in the military but worked in the Senate, State Department and White House on national security and foreign policy issues since 1994. He was Biden’s Senate Foreign Relations Committee staff director and vice presidential national security adviser.