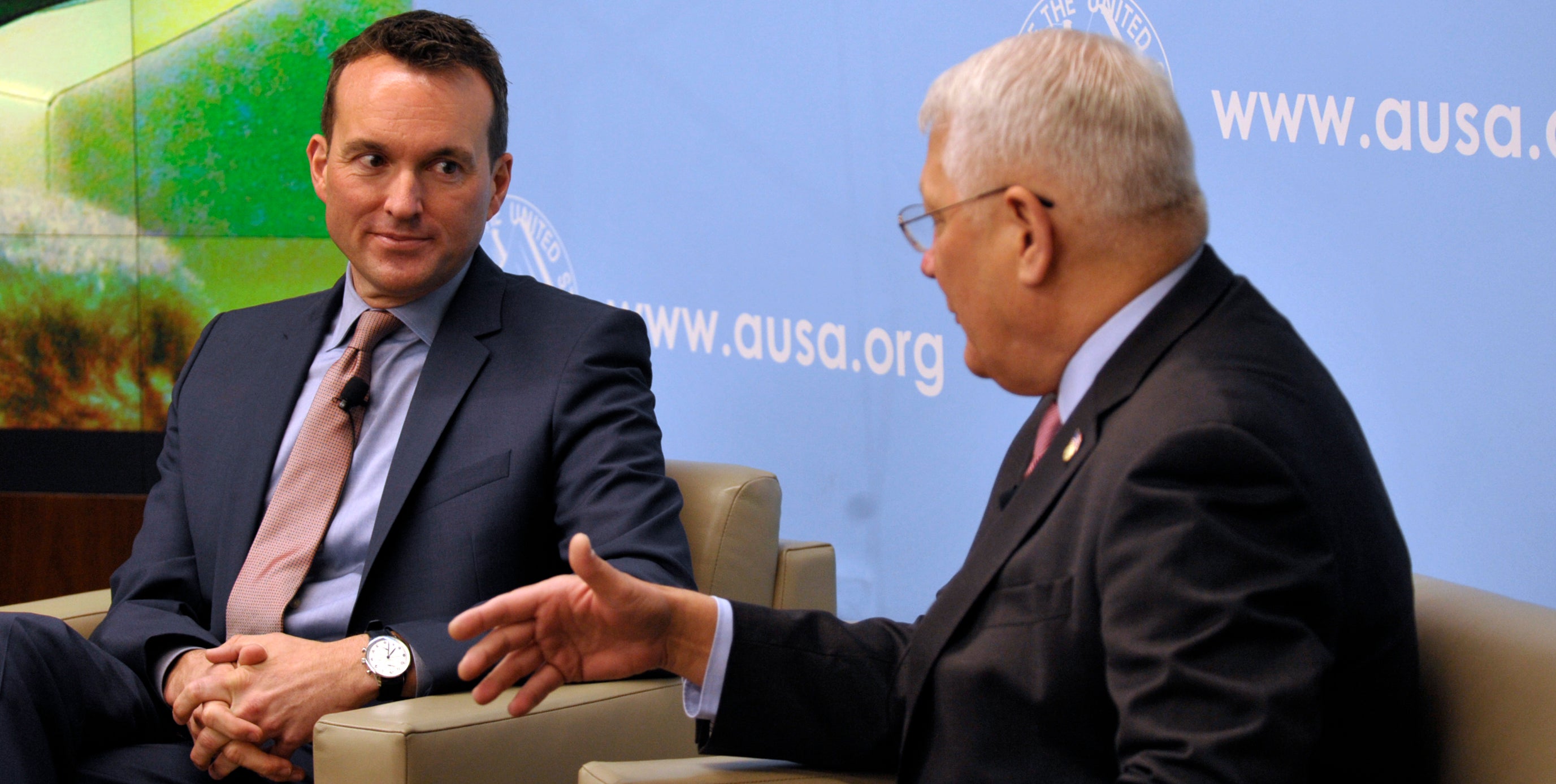 Two months on the job, Secretary of the Army Eric K. Fanning said a key part of his position is making the Army seem more than numbers. That’s an easy case to make, Fanning said at a June 28 breakfast hosted by the Association of the U.S. Army’s Institute of Land Warfare, because the Army is the service “most connected with America.”

In a discussion led by retired Army Gen. Carter F. Ham, who on July 1 becomes AUSA’s president and CEO,  Fanning said one of his top priorities at a time when the high pace of deployments is showing no signs of easing is to make sure soldiers in far-flung theaters around the world “know we’re taking care of their families back home.”

One of the top dangers facing the Army is budget uncertainty, Fanning said, voicing a similar concern raised by other Army leaders. Without knowing how much money the Army will have two years from now, it is “very hard to put together a plan,” he said, and that is cheating the taxpayers. “We are not getting a dollar’s worth out of a dollar of resources.”

Fanning raised three main areas of concern: taking care of soldiers and their families, dealing with emerging threats and acquisition reform. “My primary focus is based on resilience, making sure our soldiers can do what is asked of them,” Fanning said at the breakfast, which was held at the AUSA Conference and Event Center in Arlington, Va.

One critical issue is sexual assault, Fanning said. While he noted a “tremendous” amount of work has been done in that area across DoD, “more needs to be done,” he said, “particularly on the prevention side.”

Another critical personnel concern for the Army is suicide prevention, a “very difficult issue to crack,” Fanning said. “We’re at the same rate we were last year; we just crossed over 100 suicides. One is too many.”

Fanning also wants to figure out how to reduce the stigma associated with mental health treatment among soldiers. “To me, it’s a sign of strength anytime people realize they need help and seek help,” he said.

He also noted the variety of family programs available to soldiers and their families, and said oversight and integration of those programs “is as tight as we want it. It should be as easy as possible for families to reach out and get the support they’re looking for.”