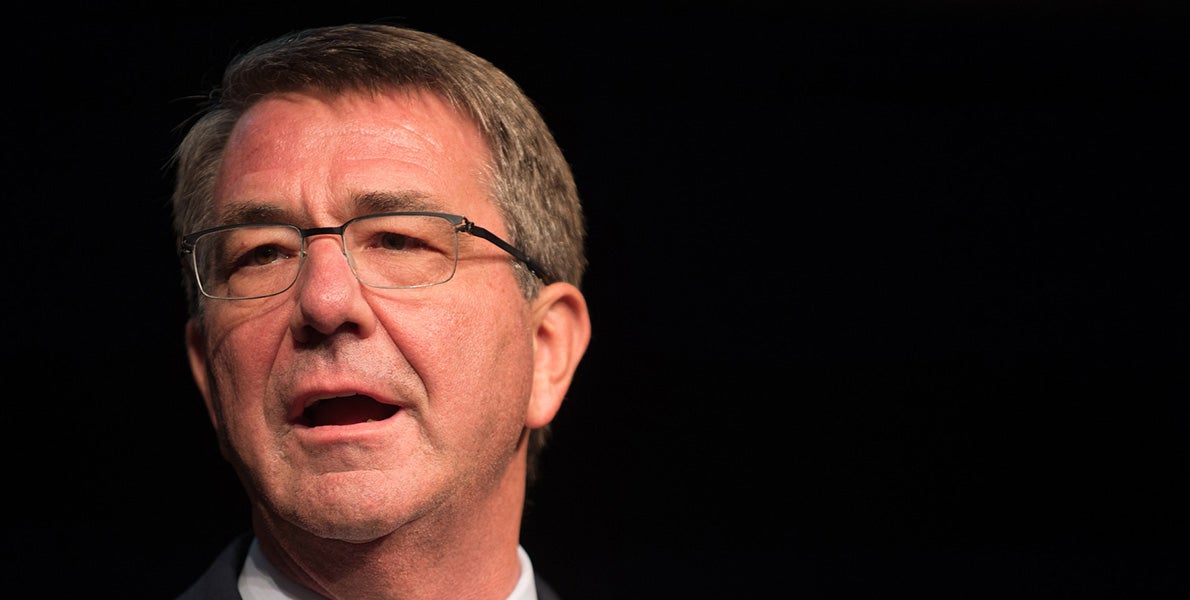 Defense Secretary Ash Carter recently told an audience at Fort Leonard Wood, Mo., that the nation often overlooks the vital service of soldiers. “Security is like oxygen,” he said. “If you have it, you don’t pay any attention to it.”

“Sometimes, it is frustrating for all of us who do this because when we do our job well, sometimes you feel the country is taking you for granted,” Carter said. “On the other hand, if you don't have oxygen, it’s all you think about. Our job is to give them that oxygen and that security that lets them get up in the morning and hug their kids and go to work and live their lives and dream their dreams. That’s what it is all about.”

“To be your secretary of defense makes me extremely proud. Every other leader I know in Washington and around the country feels the same way. You are supported,” Carter said. “And I say that to you because I’ve lived in times when it has not been as clear.”

His remarks to soldiers at Fort Leonard Wood are similar to those he has been making at other bases, praising troops for service that often goes unrecognized by the general public. “What you do with your lives and what you are doing with your lives right here is the noblest thing a person can do,” Carter said.

Asked about priorities for the Army, and particularly whether he supports having a larger Army, Carter said the most important thing for the Army today is improving readiness, not getting more soldiers. “We are going to probably stabilize end strength,” he said, referring to efforts to halt any further reduction in the number of soldiers but not to grow larger.