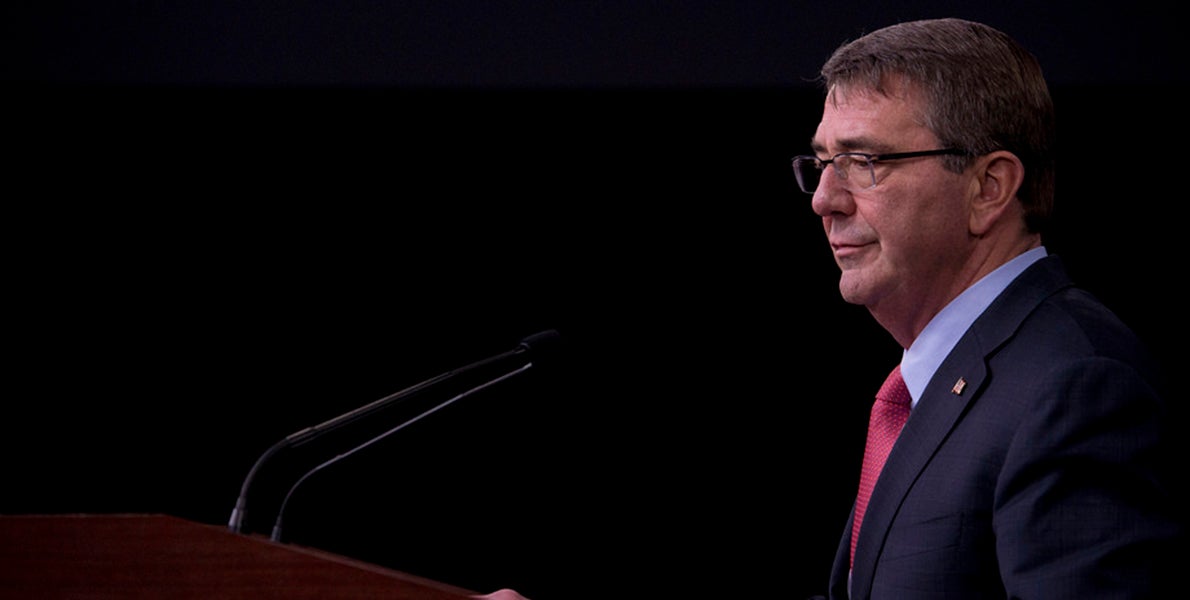 Defense Secretary Ash Carter has raised serious objections about a pending defense policy bill, including objecting to the idea of raiding overseas contingency operations funding to pay a bigger Army.

In an 18-page letter to Congress, Carter laid out strong opposition to portions of both the House and Senate versions of the 2017 National Defense Authorization Act, and warned a presidential veto is possible unless dramatic changes are made. His complaints are a sign of the difficulty ahead in getting a 2017 defense budget approved by the Oct. 1 start of the fiscal year, before the Nov. 8 election or even before the end of the calendar year.

The House-passed version draws his criticism because it redirects $18 billion of money allocated to overseas contingency operations to pay for other things, including reversing personnel cuts for the Regular Army, Army National Guard and Army Reserve. “The bill would buy excess manpower and equipment without the money to sustain them, driving us towards the creation of hollow force structure, undermining DoD’s efforts to restore readiness and crowding out critical modernization investments needed to deter adversaries who are themselves rapidly modernizing,” Carter wrote.

That excess spending, over the caps set in the Bipartisan Budget Act of 2015, also increases the risk of automatic budget cuts known as sequestration, he said. Army leaders have warned budget uncertainty such as the threat of sequestration is one of biggest roadblocks to being able to develop programs.

“By gambling with warfighting funds, the bill risks the safety of our men and women fighting to keep America safe, undercuts stable planning and efficient use of taxpayer dollars, dispirits troops and their families, battles our allies, and emboldens our enemies,” he wrote.

The Senate-passed bill includes a combination of organizational cuts and new requirements that Carter wrote are “not a formula for the successful management of a large enterprise.”

Congressional staff is working on a possible compromise defense bill during a summer break in the legislative session. A vote on a final package would not happen before Labor Day.