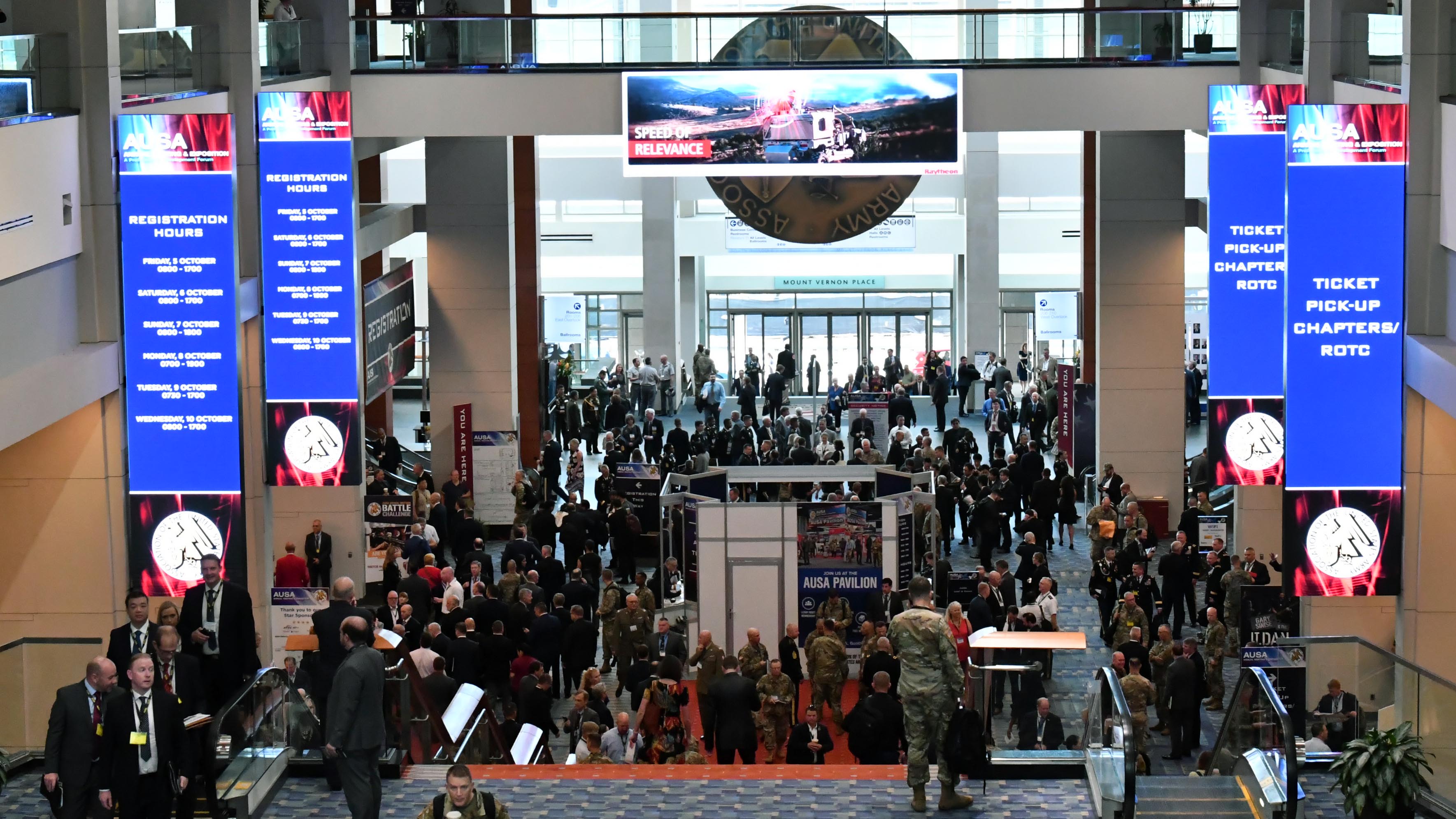 The first day of the largest annual land warfare exposition in North America features a major address from new Army Secretary Ryan McCarthy, the unveiling of the Army’s Soldier and NCO of the Year, a key presentation from the service’s new senior enlisted leader, and much more.

The 65th Annual Meeting and Exposition of the Association of the U.S. Army is being held for the 17th time at the Walter E. Washington Convention Center in Washington, D.C. A crowd of more than 30,000 is expected to attend the three-day event Oct. 14-16, featuring more than 650 exhibits spread over more than 300,000 square feet of space, including eight international pavilions.

“America’s Army: Ready Now, Investing in the Future” is the theme of this year’s meeting, and it’s expected to be the theme of McCarthy’s keynote speech during the opening ceremony, which begins at 9:30 a.m. in the conference center ballroom.

The Soldier of the Year and NCO of the Year will be announced during a luncheon hosted by Sgt. Maj. of the Army Michael Grinston.

Grinston, who was sworn in Aug. 9, also is expected to speak publicly for the first time about his initiatives during a session in the morning.

Simultaneously, Gen. Paul Funk, the new commander of U.S. Army Training and Doctrine Command, will lead a forum and discussion on recruiting and retaining talent.

At Innovator’s Corner, Booth 2361 in Hall B, and at the neighboring Marriott Marquis, the Army continues its technology search where companies are showing off new solutions to Army problems. Demonstrations will continue throughout the day.

Presentations at the Warrior’s Corner, Booth 1725 in Hall B, include discussions on the next-generation combat vehicle, hypersonics and directed energy weapons, artificial intelligence, and long-range precision fires.

A downloadable app can provide schedule updates, exhibit floor maps and a searchable index of exhibitors:https://www.ausa.org/mobile. This year’s hashtag is #AUSA2019.