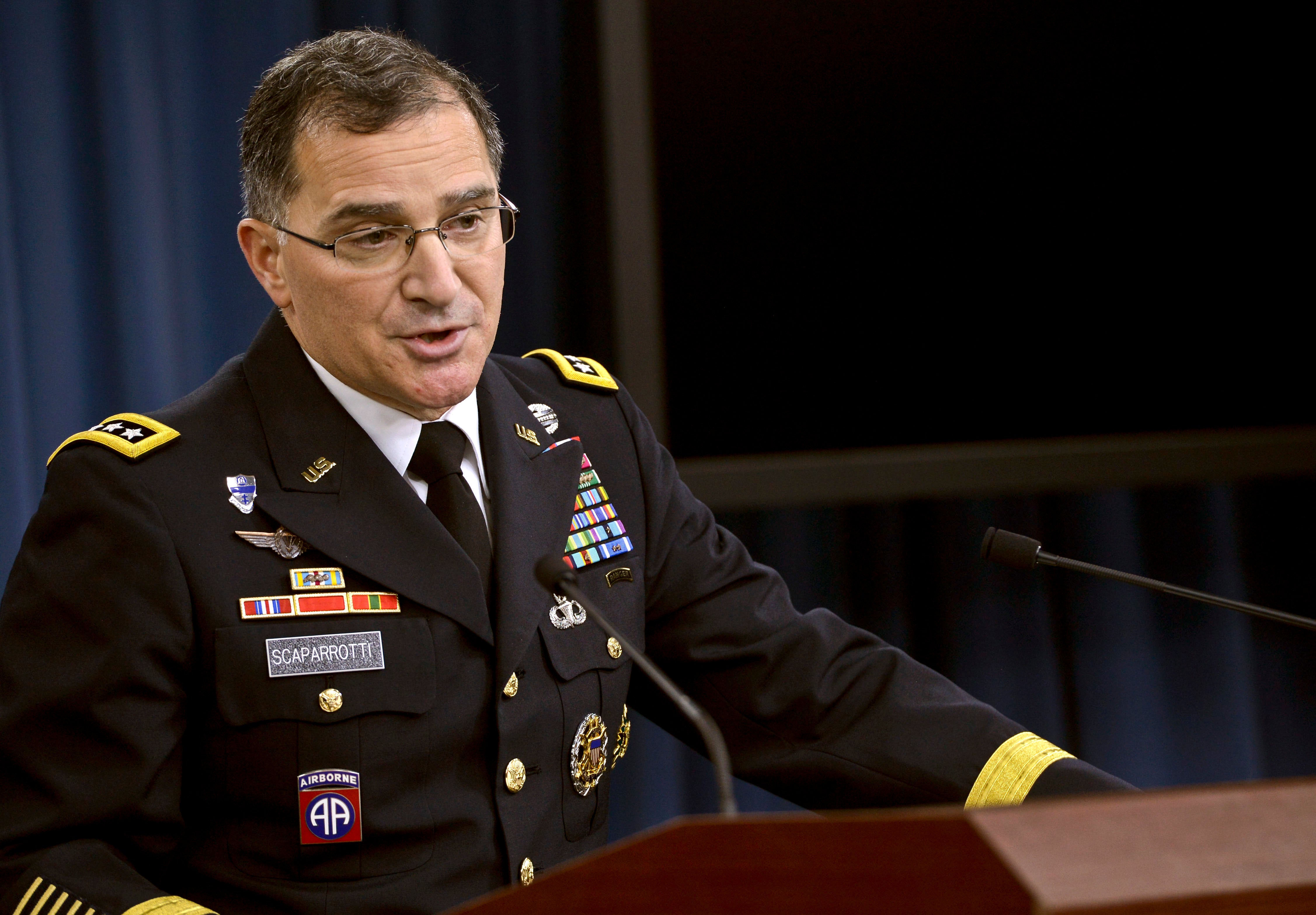 The Army should permanently station an armored brigade combat team in Europe instead of rotating a team into the theater every nine months, Gen. Curtis M. Scaparrotti has told members of the Senate Armed Services Committee.Scaparrotti, commander of U.N. Command, Combined Forces Command and U.S. Forces Korea, has been nominated to become NATO’s Supreme Allied Commander Europe and commander of the U.S. European Command.“I understand the challenges, in light of today’s resources,” Scaparrotti told the committee during his confirmation hearing. “But I believe a permanently stationed armored brigade in Europe would be best.”Scaparrotti’s preference reflects a recommendation in late January’s final report of the National Commission on the Future of the Army, which cited the “changing security environment in Europe” and the region’s “value as a stationing location for potential contingencies in the Middle East.” In late March, Pentagon officials announced that U.S.-based armored brigade combat teams would begin nine-month rotations to Europe in February 2017.“A permanent brigade establishes relationships with the supporting elements of all forces from the United States as well as a more permanent and lasting relationship with all of our allies,” Scaparrotti said. “That can be done over time better than a rotational force can potentially do it. It gives you a little more substance, a little more strength in relationship-building.”He also noted that rotating brigades to Europe essentially requires three brigades to provide one for deployment. “One unit is on mission, one is in recovery, and one is in preparation for mission,” he said. “A permanently assigned unit releases two units for other missions.”The Army eliminated two of its four heavy brigades from Europe in 2012 because of budget cuts. A Stryker brigade and an airborne brigade remain.