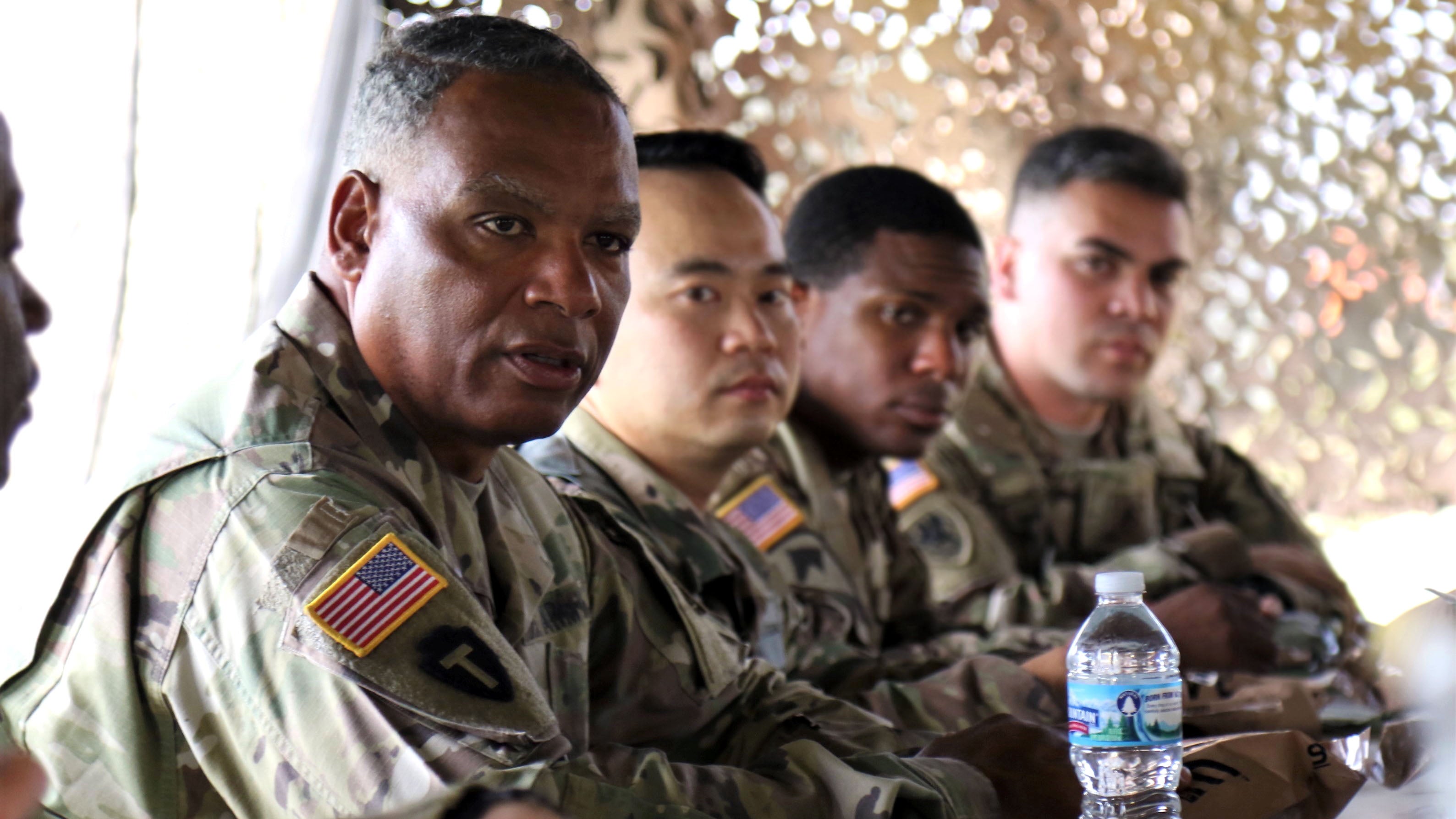 In the past 18 months, as the U.S. weathered natural disasters, the COVID-19 pandemic and unrest, community trust in the National Guard played a vital role in the component’s service, the senior enlisted leader for the Army National Guard said.

“The unique thing is our communities trust the Guard, and they feel secure when the Guard responds because they know the capabilities that the Guard brings to their communities,” Command Sgt. Maj. John Sampa said Nov. 10 during The AUSA Noon Report webinar hosted by the Association of the U.S. Army. “We’ve been here for a long time, and we’ll continue to be here for a long time.”

Today, thousands of Guard troops continue to be deployed at home and abroad, said Sampa, who has served in the Army National Guard and Army for more than 30 years and is preparing to retire in the spring.

“The morale of the soldiers [is] awesome because today’s soldiers that are joining the Guard, they want to do something. … It's like, ‘Send me. Where am I going?’ ” Sampa said. “Overall, in my…visit[s] with soldiers, … [they] want to serve their communities and state but also want to serve on a national level.”

Despite the difficulties introduced by the pandemic and the high demand for Guard troops, Sampa said the component has successfully adapted its recruiting and retention efforts. The Army National Guard exceeded its fiscal 2021 end strength goal by more than 1,000 soldiers, with 337,525 soldiers. Its goal was 336,500.

“That’s what makes us the most powerful service … because we can adapt to change, we adjust,” Sampa said. “We haven’t seen a real effect on our recruiting with the pandemic. We have a bunch of folks who stayed in the Guard as well.”

Sampa said he also believes potential soldiers will be inspired by how the Army National Guard has stepped up in communities across the country.

“I really believe that when you have a great organization, … it’s going to attract good people,” he said. “I believe that’s what’s happening with the Army National Guard, because they've seen in the last 18 months what our Guard has done for our nation and our country as a whole, worldwide, and I believe they want to be a part of that.”