Robotics Expert Warns Against Taking Too Long on Research

Robotics Expert Warns Against Taking Too Long on Research 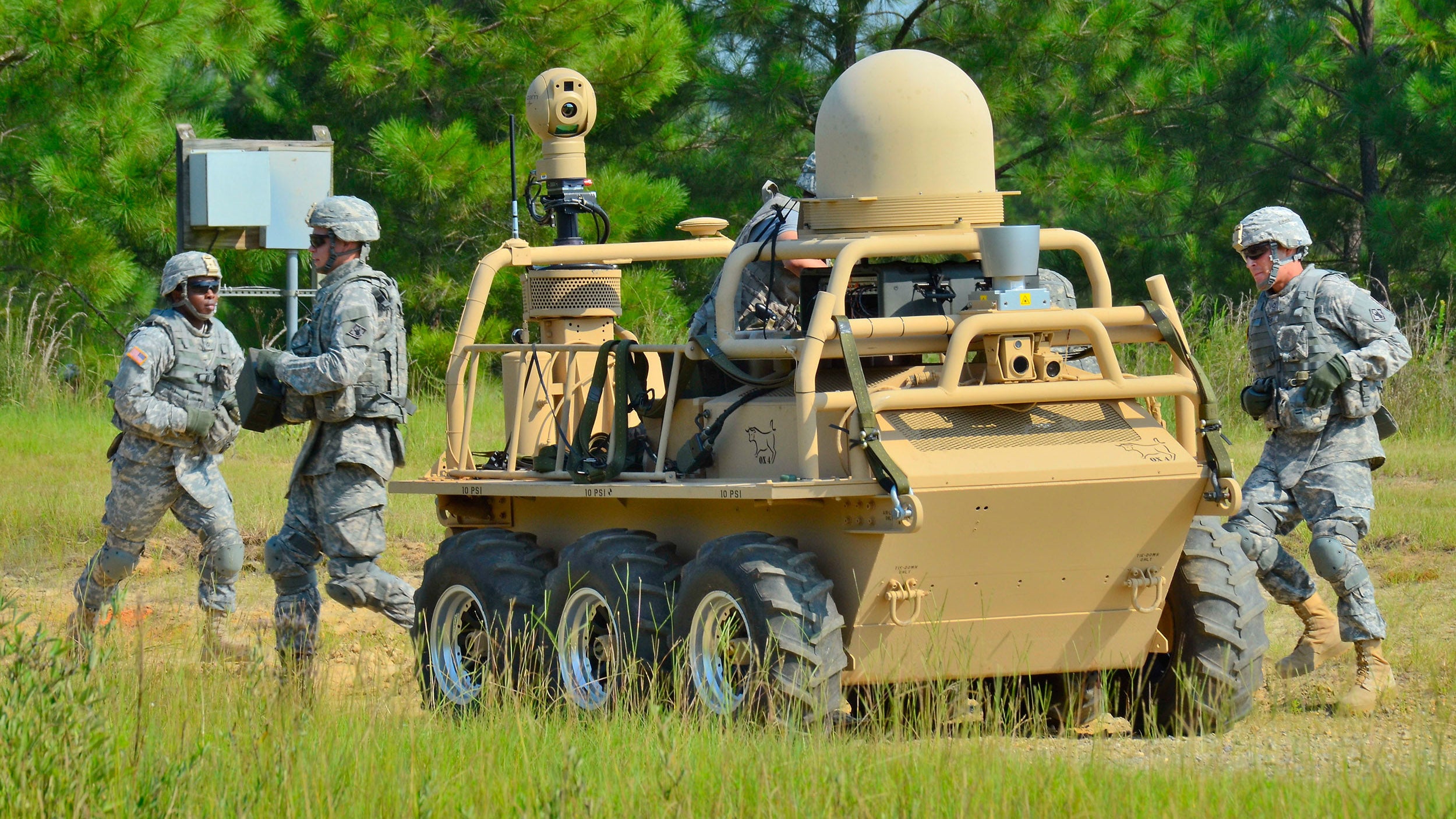 A panel discussion on how robotics and autonomous systems could aid small units included a warning from a top Army expert that the “biggest danger facing the nation is someone else’s robots on the battlefield.”

“Some people don’t think robots can do anything, and some people think they can do anything. Neither is true,” said Helen Greiner, an Army expert working in the office of the assistant Army secretary for acquisition, logistics and technology and a co-founder of technology company iRobot, speaking in Detroit at a symposium hosted by the Association of the U.S. Army’s Institute of Land Warfare.

Robots can do a lot of things better than people, but not everything, Greiner said, urging action to harvest some of the work already done on small robots and unmanned systems while continuing research on larger ones “because they can do more damage.”

Greiner said moving forward requires militarywide standards, working on internal modularity to allow changes and doing early testing with soldiers to get their feedback. She also cautioned that while needing to be prepared to make incremental improvements, it is also important to field something in a short period so responsible military and civilian leaders don’t lose interest.

There are big hurdles to overcome. One area that is a high Army priority is using unmanned systems to carry gear, but continued experiments have not resulted in an all-terrain system that can move like a soldier in any environment, said Brig. Gen. David M. Hodne, Army Infantry School commandant at the Maneuver Center of Excellence and deputy commanding general for infantry.

Saying he is not an expert on robotics, Hodne said weight is one of the things important to a rifle squad, the size unit he feels could benefit from advancements in technology, suggesting advance night-vision goggles should be delivered soon.