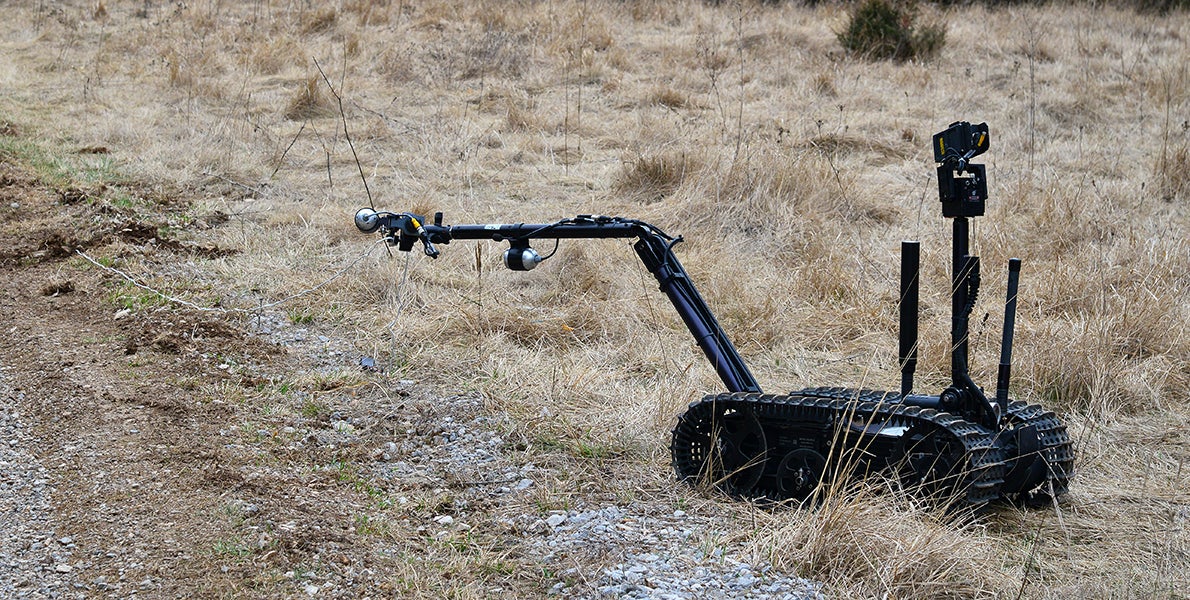 Robotics and autonomous systems hold the possibility of restoring the technological edge of the U.S. Army over competitors, according to a new paper published by the Association of the U.S. Army’s Institute of Land Warfare.

In the near term, roughly from now through 2020, the Army can increase situational awareness with soldier-borne sensors, use semi-automatic systems to improve resupply, and lighten the load carried by soldiers with the Squad Multipurpose Equipment Transport system, says the paper, “Integrating Army Robotics and Autonomous Systems to Fight and Win.”

Midterm goals, from 2021 through 2030, include having swarms of unmanned systems to increase situational awareness, exoskeletons to aid soldier performance and automated resupply convoys.

By 2040, long-term possibilities include unmanned combat vehicles and resupply by unmanned aircraft.

To make all this work, the Army must invest now in artificial intelligence and autonomous system development, particularly looking for advancements in off-road mobility, the ILW Spotlight paper says.

AUSA will host an Army Autonomous Systems Symposium and Exposition in Detroit on Nov. 7 and 8. Details about that event are available here: https://www.ausa.org/autonomous