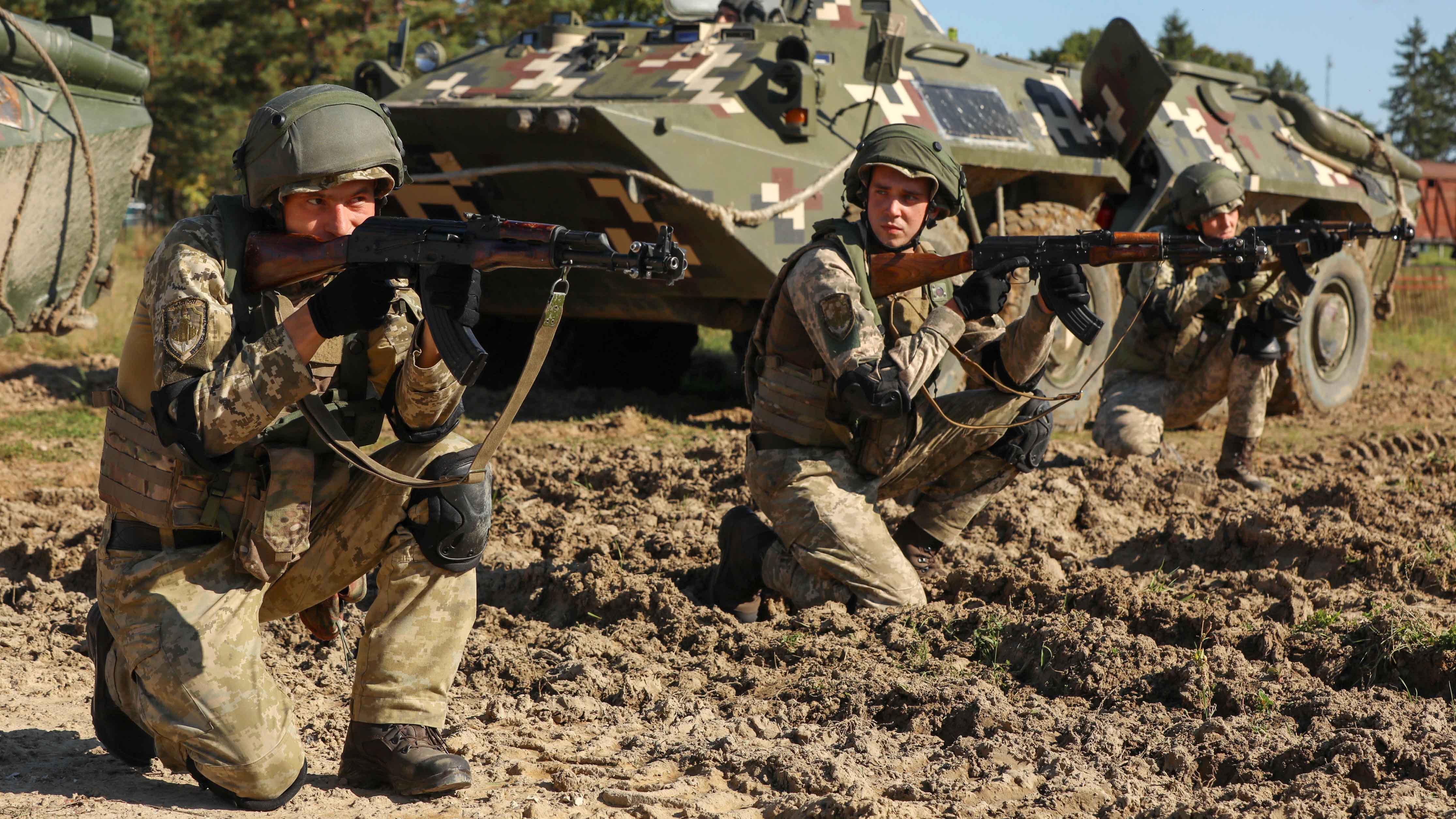 While Russia has the combat power it needs to take out Ukraine’s defenses, a potential attack by Russia is not likely going to “be like Pearl Harbor,” a former senior allied commander in Europe said.

Addressing the current standoff at the border of Russia and Ukraine, where more than 100,000 Russian troops are amassed, retired Gen. Wesley Clark, who was supreme allied commander Europe from 1997–2000, said Russia can effectively launch precision strikes.

“They can mass combat power, and in a lightning strike take out much of the Ukrainian defense assets, especially if they’re not localized and dispersed,” Clark said. “The Russians have the ability with their long-range missiles and their reconnaissance, … in a few minutes, if it’s well coordinated, [Russia] will have achieved shock and awe.”

But Clark, who spoke Jan. 28 during a webinar hosted by the Atlantic Council, said that hard approach is not likely to be the first step if Russia decides to proceed with an incursion into Ukraine.

Russian forces are active on the border with Ukraine and have been observed doing live-fire exercises with armored vehicles and weapons systems, but Clark surmised that what looks like a threat could be troops calibrating their systems after movement over lengths of terrain.

He pointed to “reconnaissance and subversion efforts” that have already been carried out by Russian troops, as well as waves of cyberattacks and a civil disobedience event that Clark described as “ineffective” but possibly a rehearsal “for something that might come later.”

“You can’t expect that a Russian attack is going to necessarily be like Pearl Harbor where suddenly airplanes come over and missiles and everything blows up. I certainly wouldn’t do it that way,” Clark said.

He suggested instead that an aggressor would more likely want to “penetrate, soften up, confuse, obfuscate, cause chaos. Then you come in to ‘rescue and save’ civil society.”

Clark noted that disinformation has already infiltrated much of the standoff, and it is “not a bolt out of the blue, it’s already a strategy against Ukraine.”

On a positive note, retired Air Force Gen. Philip Breedlove, supreme allied commander Europe from 2013–2016, noted during the webinar that NATO is on solid footing, and the solidarity being demonstrated by the alliance is keeping the threat at bay.

“There are areas in which we are absolutely not deterring Russia, … but in this immediate instance, the solidary of the alliance in facing this challenge is critical, and we’re doing well at that so far,” he said. “The good news is the Russians are still willing to come to the table and talk, as I think they’ve been surprised by the solidarity.”