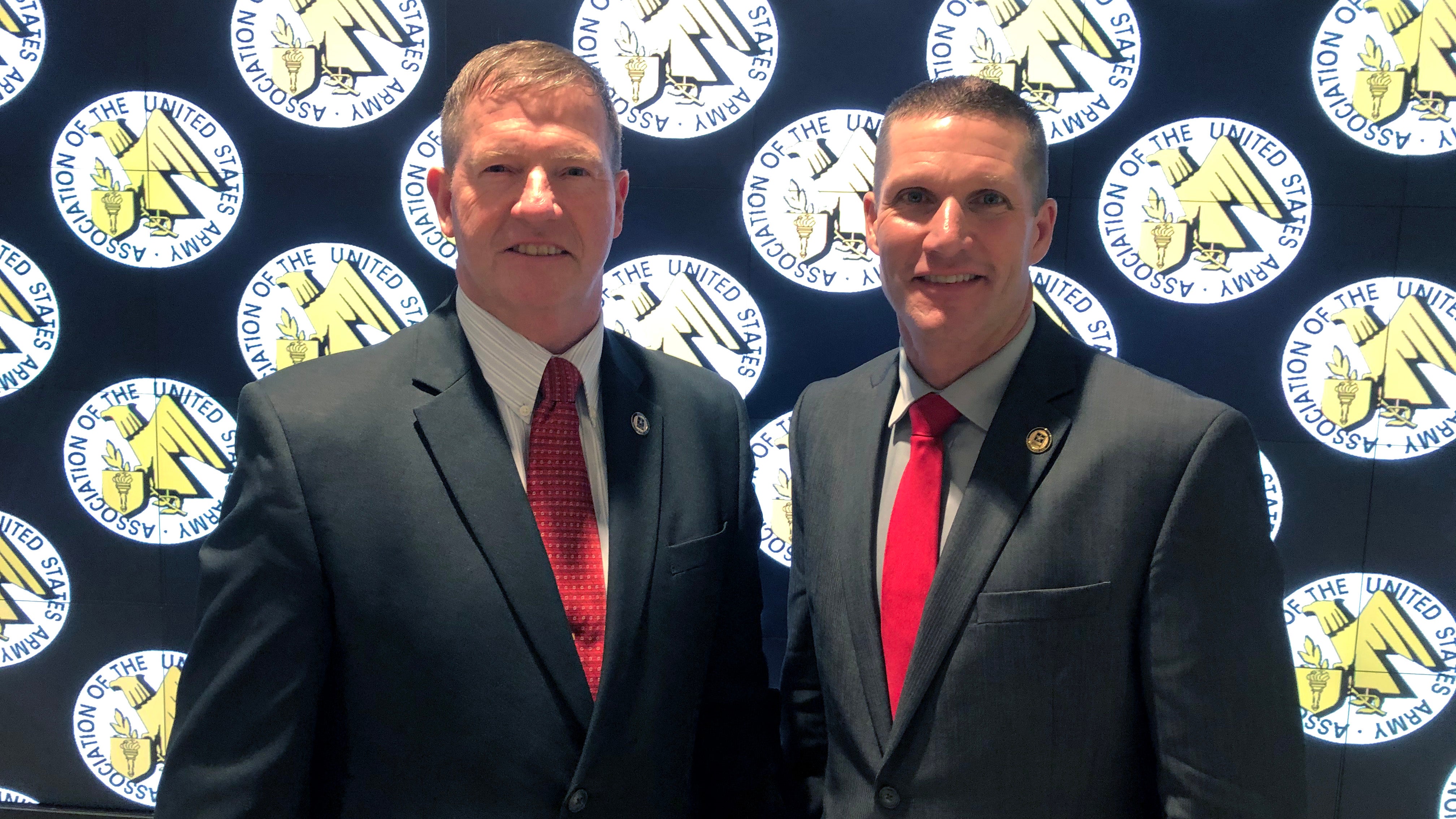 Retired Sgt. Maj. of the Army Daniel Dailey is joining the Association of the U.S. Army to serve as vice president for NCO and Soldier Programs, AUSA President and CEO retired Gen. Carter Ham announced today.

Dailey retired from the Army last week after 30 years of service, including a final four-year assignment as the 15th sergeant major of the Army. He served as the senior enlisted adviser to two Army chiefs of staff, now-retired Gen. Raymond Odierno and Gen. Mark Milley, who is now the chairman of the Joint Chiefs of Staff.

At AUSA, Dailey will assume an executive position held by retired Sgt. Maj. of the Army Kenneth Preston, who has been with AUSA since 2013. While stepping down as an AUSA vice president, Preston will remain a senior fellow with AUSA’s Institute of Land Warfare.

Ham, who elevated Preston to vice president in a move to bring more attention to the position, said Preston “has made a tremendous impact across our association, just as he did while serving as the 13th SMA. We have all benefited from his experience, energy and thoughtful insights.”

Dailey “is precisely the right leader to follow SMA Preston and to build upon the programs AUSA has established that focus on the 84% of the Total Army that serve in the enlisted ranks,” Ham said. “All of us at AUSA wish SMA Preston well in his richly deserved retirement, and we extend a warm welcome to SMA Dailey.”

Dailey said he views his move to AUSA as part of a commitment to be a Soldier for Life. “It is an honor and a privilege to have the ability to continue to serve our soldiers, Army civilians, veterans and their families as part of our Association of the United States Army team,” Dailey said. “I am joining a dedicated team of professionals that has built and preserved the best professional and representative association for the world's best Army.”

"I will remain committed to the mission, vision and values of our association, continuing in the footsteps of SMA Ken Preston, who has done phenomenal work at AUSA,” Dailey said. “I look forward to building on what he has done."

Preston said he’s pleased that Dailey is his successor. “Everyone in the Army today, from private to general, knows and respects him. This new role enables him to continue his service to our nation and our Army.”

“I cannot think of anyone more compassionate and dedicated to the thousands of soldiers, Army civilians and families who serve and support our Army,” he said. “In the Army, we have a proud tradition of senior leader transition in our units across the Regular Army, Army National Guard and the Army Reserve. We are doing the same thing here at AUSA. Dan Dailey is the right leader now to continue serving our Army team.”

“I look forward to serving our association in other capacities as needed and will continue to be a Soldier for Life,” Preston said.