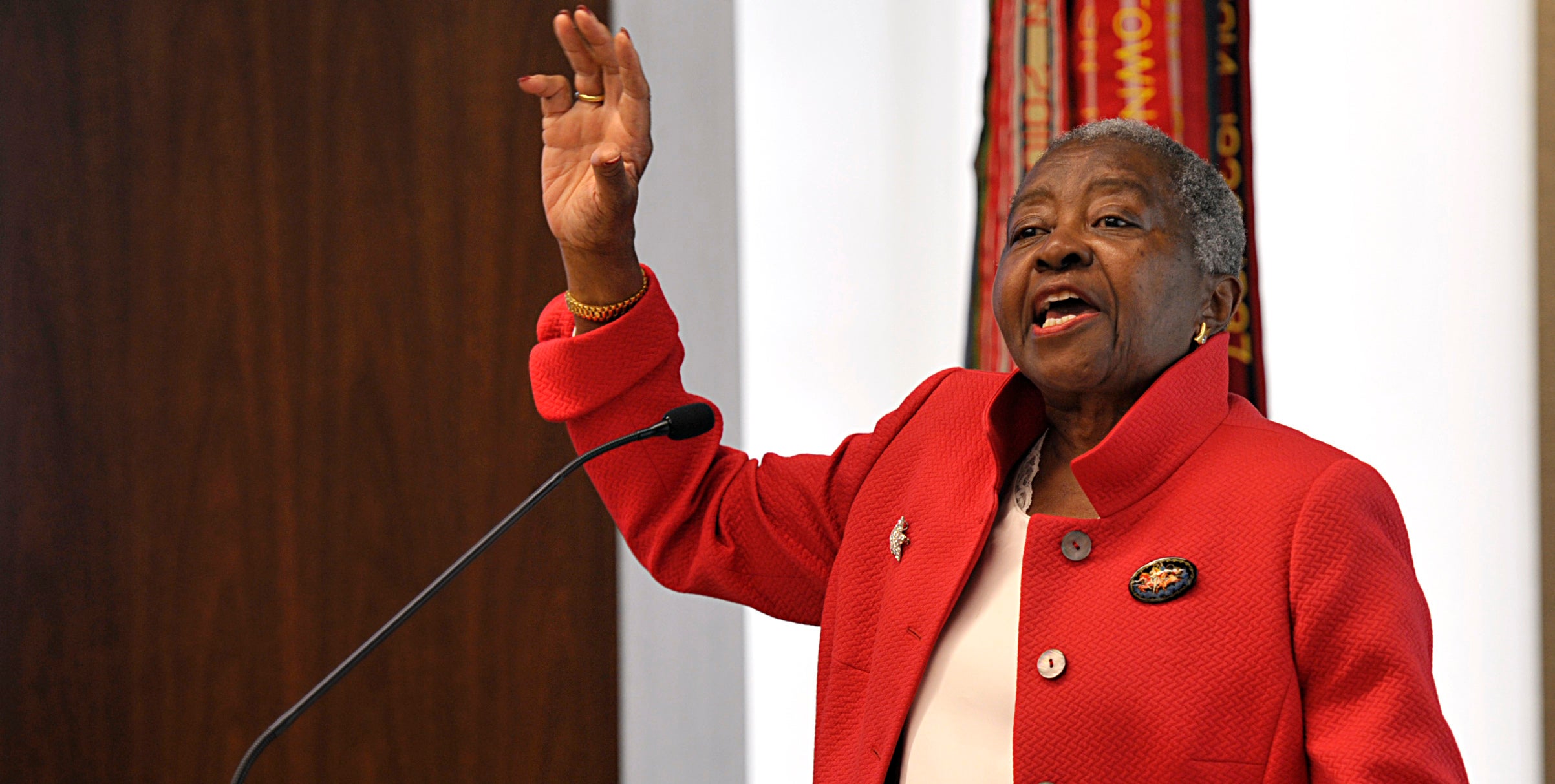 Trailblazing 78-year-old retired Brig. Gen. Clara L. Adams-Ender offered valuable advice about having military mentors, overcoming career obstacles, being respected as an officer and having fun in the U.S. Army that was home for 34 years.

Speaking in the General Gordon R. Sullivan Conference and Event Center at the Association of the U.S. Army in Arlington, Va., Adams-Ender shared her life’s journey during a Black History Month event. She said three things she learned at a young age—reading at 4, public speaking at 6 and writing well a few years later—were “very, very important to have a successful career.”

One of ten children of a sharecropper family in North Carolina, her military career began when, as a nursing student at North Carolina Agricultural and Technical State University, she saw a recruiting poster for the Army Nurse Corps. “I said, oh, I bet they have money,” she recalled, and signed up when she discovered the student nurse program covered her college education plus paid a $250 monthly stipend.

“I have always been grateful to the Army,” said Adams-Ender, who was commissioned in 1961 and ended her career 1993 after serving as Army Nurse Corps chief and a final assignment as commanding general of Fort Belvoir, Va., and deputy commanding general of the U.S. Military District of Washington.

At her first assignment at Fort Dix, N.J., Adams-Ender said her junior officer rank didn’t command much respect from enlisted soldiers at first. “I polished those second lieutenant butter bars so much you could see your face in it,” she said, thinking the problem was people couldn’t see her rank. One day she had enough, recalling she stopped a sergeant two paces after he’d passed without saluting so they could “have a little talk about customs and courtesies.” Word spread she was not a second lieutenant to ignore, she said.

While she had female mentors, Adams-Elder said she knew the Army in the 1960s and ’70s “was a man’s world.” “I would never have gotten to be a general officer with only female mentors,” she said.

Another one of her rules was to “never suffer in silence.” She said when you need help in the Army you should “step out on the street corner and say, ‘Hey, I’ve got a problem.’”

Another key coping skill, she said, was “I learned the art of the comeback.” And she learned to listen to senior officers. “Generals like to talk about themselves,” she said.