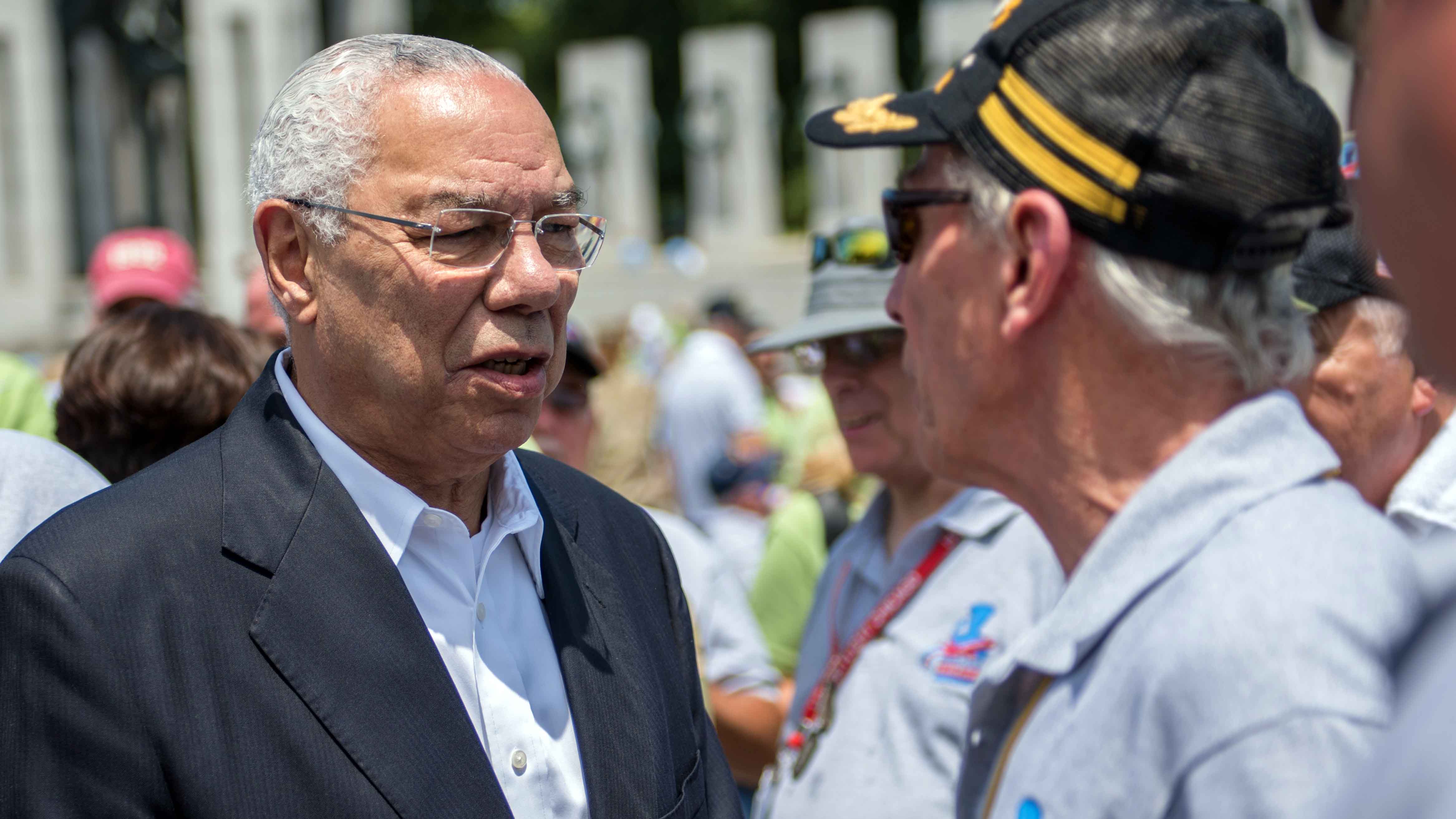 Retired Army Gen. Colin Powell, the first Black chairman of the Joint Chiefs of Staff and secretary of state, has died, his family said in a statement. He was 84.

“We want to thank the medical staff at Walter Reed National Medical Center for their caring treatment,” his family said in the statement. “We have lost a remarkable and loving husband, father, grandfather and a great American.”

Powell, the son of Jamaican immigrants, was raised in the South Bronx and attended City College of New York, where he joined the ROTC program, according to his State Department bio.

“Mine is the story of a black kid of no early promise from an immigrant family of limited means who was raised in the South Bronx,” he wrote in his 1995 autobiography My American Journey, the Associated Press reported.

Upon graduating in 1958, Powell commissioned as a second lieutenant in the Army and went on to serve two tours in Vietnam. On his first tour, from December 1962 to November 1963, Powell served as an adviser to a South Vietnamese infantry battalion, according to his DoD bio. He received a Purple Heart for wounds he suffered on this tour.

In an interview with students on Scholastic.com during Black History Month in 2000, Powell said he earned the Purple Heart during a foot patrol in the Vietnamese jungle. “I slipped and fell into a trap that the enemy had put on the trail,” he said, describing it as a covered hole that concealed sharp bamboo spikes. “It was painful, but it wasn’t serious,” Powell told the kids.

He returned to Vietnam in June 1968 and served in several roles within the 23rd Infantry Division. He would receive the Soldier’s Medal for repeatedly returning to a burning helicopter to rescue others despite being injured himself, according to DoD.

After Vietnam, Powell served in the Pentagon and Washington, D.C., and was selected as one of 17 White House fellows in 1972. He then served in Korea, commanding the 1st Battalion, 32nd Infantry Regiment, before returning to the Pentagon again.

As a colonel, Powell commanded the 2nd Brigade, 101st Airborne Division, before returning yet again to the Pentagon. His other assignments included assistant division commander for operations of the 4th Infantry Division and deputy commanding general of the Army Combined Arms Combat Development Activity, according to his DoD bio.

Powell received his fourth star in April 1989 and became commander in chief of Army Forces Command, according to DoD. Within months of his appointment, Powell was selected by President George H.W. Bush to be the 12th chairman of the Joint Chiefs. He was the first African American, the first ROTC graduate and, at 52, the youngest officer to serve in the position, according to DoD.

In the four years he served in that position, Powell oversaw 28 crises, according to the State Department, including the U.S. invasion of Panama in 1989 and Operation Desert Storm in 1991. U.S. troops also participated in several rescue and relief operations, including aiding famine victims in Somalia and victims of ethnic warfare in Bosnia, according to DoD.

His tenure also coincided with the end of the Cold War, and he is described by DoD as the “principal architect of the reorientation of U.S. strategy and the reduction of the armed forces in response to the changed strategic environment.”

Powell also devoted time and effort to promoting joint culture to enhance the services’ ability to fight together as a team, according to DoD.

In his Scholastic.com interview, the students asked Powell what he believed history would say about him. “I’m not sure,” Powell said. “I’m sure it will note some of the facts that everybody knows about—that I was the first Black chairman of the Joint Chiefs and the youngest. My only request of history is that the history books say, ‘He was a good soldier and served the nation well.’ ”