Rethinking Work-Life Balance as a Citizen-Soldier

Rethinking Work-Life Balance as a Citizen-Soldier 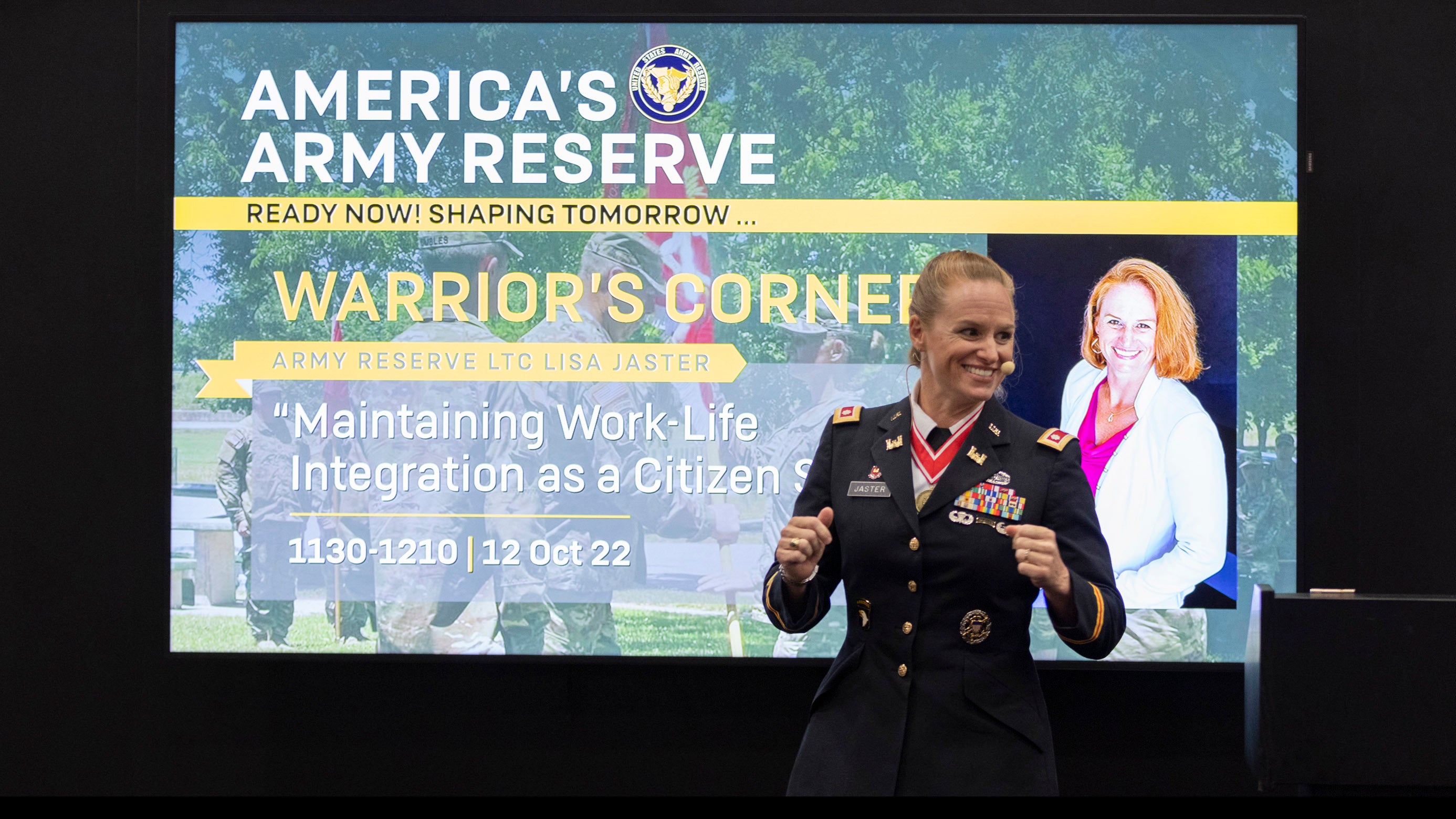 “There is no such thing as work and life; it is a continuum,” Lt. Col. Lisa Jaster said Oct. 12 during a Warriors Corner talk at the Association of the U.S. Army’s 2022 Annual Meeting and Exposition. “It’s work-life support.”

As these soldiers balance their Army responsibilities with their civilian obligations, keeping perspective is important, said Jaster, who graduated from Ranger School in October 2015 and was the third Army woman to earn the coveted Ranger tab. She reflected on her advice to a young Army officer in nursing school who was unhappy with her Army Combat Fitness Test score.

“She was mad, she just barely passed her diagnostic ACFT,” Jaster said. “Do you know what I said to her? Did you succeed? Yes. Did you meet the standard? Yes. Do you want to do better? Yes. How’s the rest of your life going? Because sometimes, when we put too many things on our plate … it’s too much.”

First, know your needs and communicate them. Jaster used some of her own needs as a soldier as an example of this. “If you want good work-life integration, … figure out what you want, and let people know,” Jaster said.

“As a soldier, I have physical fitness requirements, I have technical and tactical skills. And let's be honest, as a lieutenant colonel … I have a desire to lead. … There’s a lot that goes into just this uniform.”

Next, know how to drop what isn’t important. “We all only get issued 24 hours in a day, so let things go,” she said.

Balance also requires building a supportive team around yourself, Jaster said. “So, we need to build our team in uniform, but even more importantly, we need to go build that tribe out of uniform,” she said.

Discussions about work-life integration are not just an Army issue, Jaster said. They affect every facet of life.

“Work-life balance, … or as I say, work-life support, is a critical topic, but it’s not something that we want to talk about just as Army reservists,” she said. “It’s about figuring out what you as an individual needs and communicating with those above, below and next to you.”