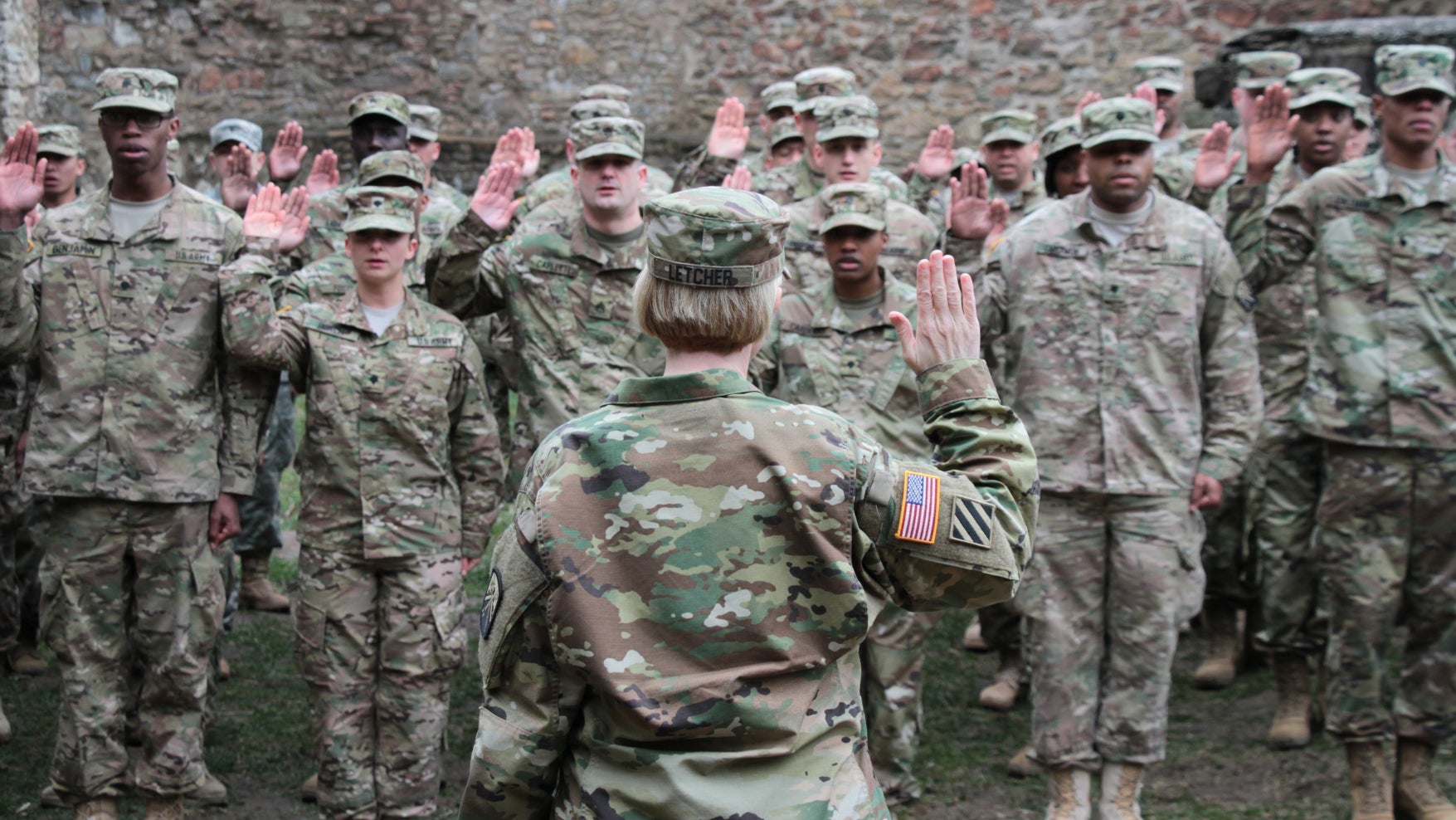 “We’re actually well over [on] retention,” Army Chief of Staff Gen. James McConville said during a virtual event hosted by the Brookings Institution April 30. “We are very, very comfortable where we are [with] retention.”

Many soldiers who would have left the service have likely decided to stay because of the uncertainty, McConville said, as the U.S. deals with a growing number of COVID-19 cases and widespread stay-at-home orders have slowed the economy.

In March, the Army closed its brick-and-mortar recruiting stations as part of a larger effort to stop the spread of the coronavirus and moved recruiting efforts completely online for now.

“We’re learning a lot,” McConville said. Virtual recruiting has been “beneficial” in some cases, such as reaching young men and women through social media, he said.

As the Army looks at lessons learned, it plans to keep some recruiting aspects virtual and “some things we’re going to keep brick and mortar,” he said.

While people aren’t “running to join the Army” during the pandemic, McConville said the Army is currently ahead of its recruiting numbers by 4,000–5,000 people.

Many people are “sheltering in place” and waiting to see how the next several weeks play out, he said.

“I think that a lot of people are getting to see soldiers doing a lot of different things, and it’s really interesting,” McConville said. “It’s an interesting opportunity for people to see what the military can do, and hopefully they’ll join.”