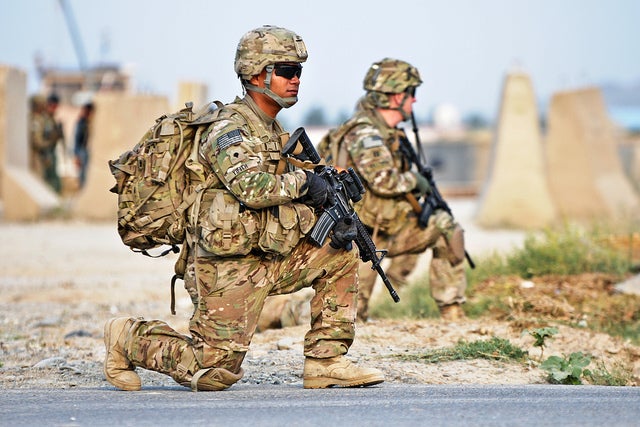 Army Reserve engagement teams and cells have had a “phenomenal” effect on enhancing support to the Total Army and its combatant commands, the outgoing chief of the Army Reserve says. Putting those teams and cells into motion is one of the most satisfying achievements of his four-year tenure as chief of the Army Reserve, which will end June 1, Lt. Gen. Jeffrey W. Talley said at a recent breakfast sponsored by the Association of the U.S. Army’s Institute of Land Warfare. “The impact this has had, not only in our readiness, but in our ability to respond to all the commands, has been absolutely phenomenal,” Talley said. “Because they [active component commanders] want what I’ve got. They want to shape their areas of responsibility using combat support and combat service support. They want small teams on the ground for less than 30 days.” Army Reserve engagement teams are set up at the headquarters level of the service’s geographic combatant commands, and “fairly large” cells led by one-star generals are set up at component commands. “They are linked directly back to U.S. Army Reserve, which of course owns all the assets,” Talley said. The end result is that “we’ve grown structure” within the Army’s component and combatant commands “without growing the overall Army Reserve structure,” he said. Talley noted that about 94 percent of Army lawyers are in the Army Reserve, along with about 80 percent of its logisticians; most of its doctors and nurses; a large chunk of its cyber, engineer and civil affairs forces; as well as almost all soldiers involved in opening and closing a theater of operations.