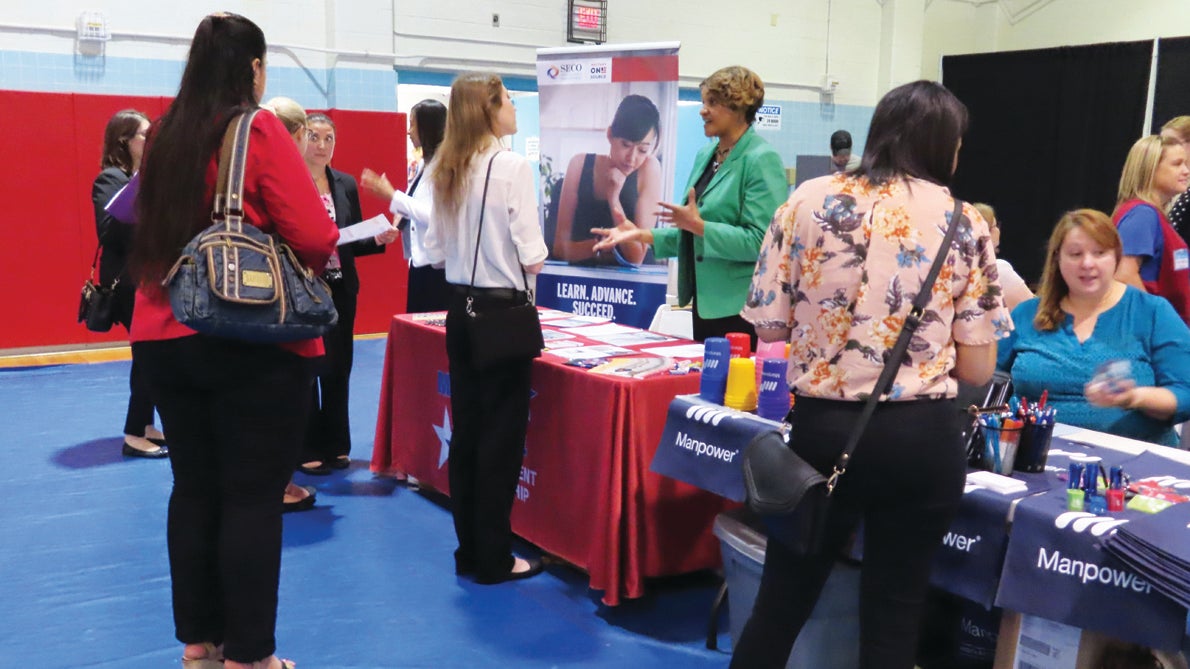 The challenges faced by military spouses in maintaining career continuity on overseas assignments is partly due to limitations built into host-nation agreements and U.S. tax laws, according to a new report by the National Military Spouse Network.

The white paper, “Military Spouse Employment: Three Recommendations for Supporting Career Portability Overseas,” offers three recommendations aimed at breaking down barriers to overseas work. It is the organization’s second annual report and its first attempt at identifying the barriers military spouses face in maintaining a “portable career” while living abroad.

In its research, NMSN, a Washington, D.C.-based organization that provides personal and professional development resources for military spouses, 92% of whom are women, found that while there have been advances in benefits for military spouse employment since 2018, they don’t extend to the subset of spouses stationed overseas.

One barrier to overseas employment is the status of forces agreements with host nations, which define the activities permitted and prohibited by DoD personnel.

“Each of the more than 100 [status of forces agreements] that have been negotiated through the [State Department] and enacted to date differ in their specificity, complexity, and transparency,” the paper says, explaining further that the agreement in Germany, for example, may not be the same as the agreement in South Korea.

The paper also highlights the “needlessly complex and anachronistic” tax payment mechanisms in place for overseas U.S. workers, considering the advent of the internet, the rise in the gig economy and other technological and cultural advancements. For employers, there are also tax implications for hiring a military spouse working abroad, the paper says.

“There is not one organization that can tackle all these changes. It’s going to take a group effort,” said Patricia Barron, director of Family Readiness at the Association of the U.S. Army, who has been selected to join the Defense Department’s Military Family Readiness Council.

She noted that making change will require commitments by DoD, the State Department, members of Congress, military service organizations and employers. “It’s a very complicated issue, and some of it is beyond our control, but the recommendations made by the NMSN contain some solutions that could really help overseas military spouses by arming them with current information on the rules.”

A portable career is defined by the organization as “meaningful work that a military spouse can perform, regardless of their location, when they want and need to,” and it puts forth three recommendations aimed at clearing the hurdles to gainful employment overseas.

The NMSN recommends conducting a study on the barriers and challenges to job portability, including collecting data from private businesses that employ military spouses; coordinating with the departments of defense and state to issue clarifying and location-specific guidance to military spouse employment overseas and the designation of a contact person at each overseas installation; and engaging the IRS to provide guidance on and raise awareness of potential tax credits and exemptions available to military spouses, and simplifying mechanisms designed to reduce the tax burden on military spouses working remotely overseas.