Remembering What Makes the Army Strong: A Veterans Day Message

Remembering What Makes the Army Strong: A Veterans Day Message 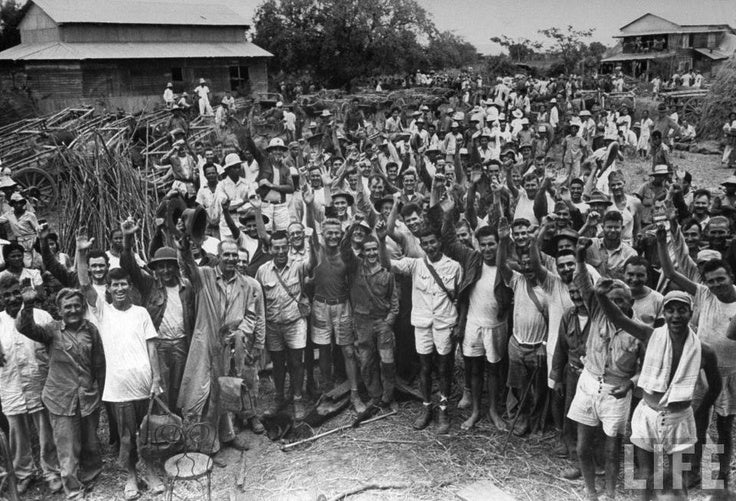 By Gen. Gordon R. Sullivan, U.S. Army retiredAUSA President and CEO On this Veteran’s Day, I’m reminded that America’s Army is built on the strength of its people. The legacy of ordinary men and women who have risen to the occasion when called upon to perform heroic and extraordinary acts is something that should be in our minds every day, but especially on a day set aside to honor those who have served.An event worth recalling is what is known as perhaps the greatest rescue mission of World War II: a raid to free about 500 soldiers, many of whom were survivors of the infamous Bataan Death March, who were being held at a Japanese prisoner of war camp near Cabanatuan, in the Philippines. In1942, about 70,000 American and Filipino soldiers were captured, beaten and abused and forced to march about 65 miles from Bataan to San Fernando, where they were to be loaded onto a train. Many did not survive after starvation, dehydration, unmerciful beatings and, quite often, execution when they could not keep up.When Allied forces landed on Luzon in 1945 to take back the Philippines’ largest island, the Sixth Army, under the command of Lt. Gen. Walter Krueger, was sent to take Manila. During this push, Col. Horton White, Krueger’s G-2, came into contact with Lt. Robert Lapham, now considered a forefather of U.S. special operations and tactics. Lapham had escaped into the jungle to avoid capture during the fall of Bataan. By 1944, he was commanding a guerrilla force of 13,000 Filipinos.Lapham told Krueger of the Japanese prison camp holding Americans, and warned the prisoners could be executed as the Sixth Army advanced. Krueger and Lapham began planning a rescue mission that would be anything but easy. Troops would have to move 30 miles behind enemy lines, liberate the prisoners, and then return 30 miles to reach the safety of American lines. The risky mission fell to two companies of the 6th Ranger Battalion and two teams of Alamo Scouts, a reconnaissance unit formed to operate behind Japanese lines.On Jan. 28, 1945, the Rangers broke camp, launching a difficult mission that required moving undetected toward Cabanatuan through Japanese-held territory. It worked, and with lethal efficiency American forces took the camp. In 15 minutes, the guard towers were destroyed and all resistance was eliminated.Many historians consider the Cabanatuan raid the greatest rescue mission of World War II and one of the greatest operations in military history, not just for the wise planning and execution that made the rescue possible but also for the legacy it created of the efforts the U.S. Army is willing to undertake to free endangered prisoners of war.There are physical reminders of the raid. Among the Army’s 38 World War II battle streamers is one marking the December 1944 to July 1945 Luzon campaign, which ended with U.S. and Allied forces liberating the largest island in the Philippines. There also are artifacts, like a Bible that I sometimes hold that was carried by Pvt. Melvin Nesteby of the 31st Infantry Regiment. It was Nesteby’s during the Battle for Bataan and during his 42 months of confinement as a prisoner of war near Cabanatuan. You cannot touch this Bible without thinking of how each soldier who also touched it left behind a little of his soul.The legacy of the raid, the battle streamer and this Bible are all elements of the story about how the Army’s strength is built by its people, and about the uncommon valor displayed by so many common Americans who have worn the uniform of the U.S. Army during its 240-year history. On this day, and every day, remember these soldiers and their legacy of duty and honor.