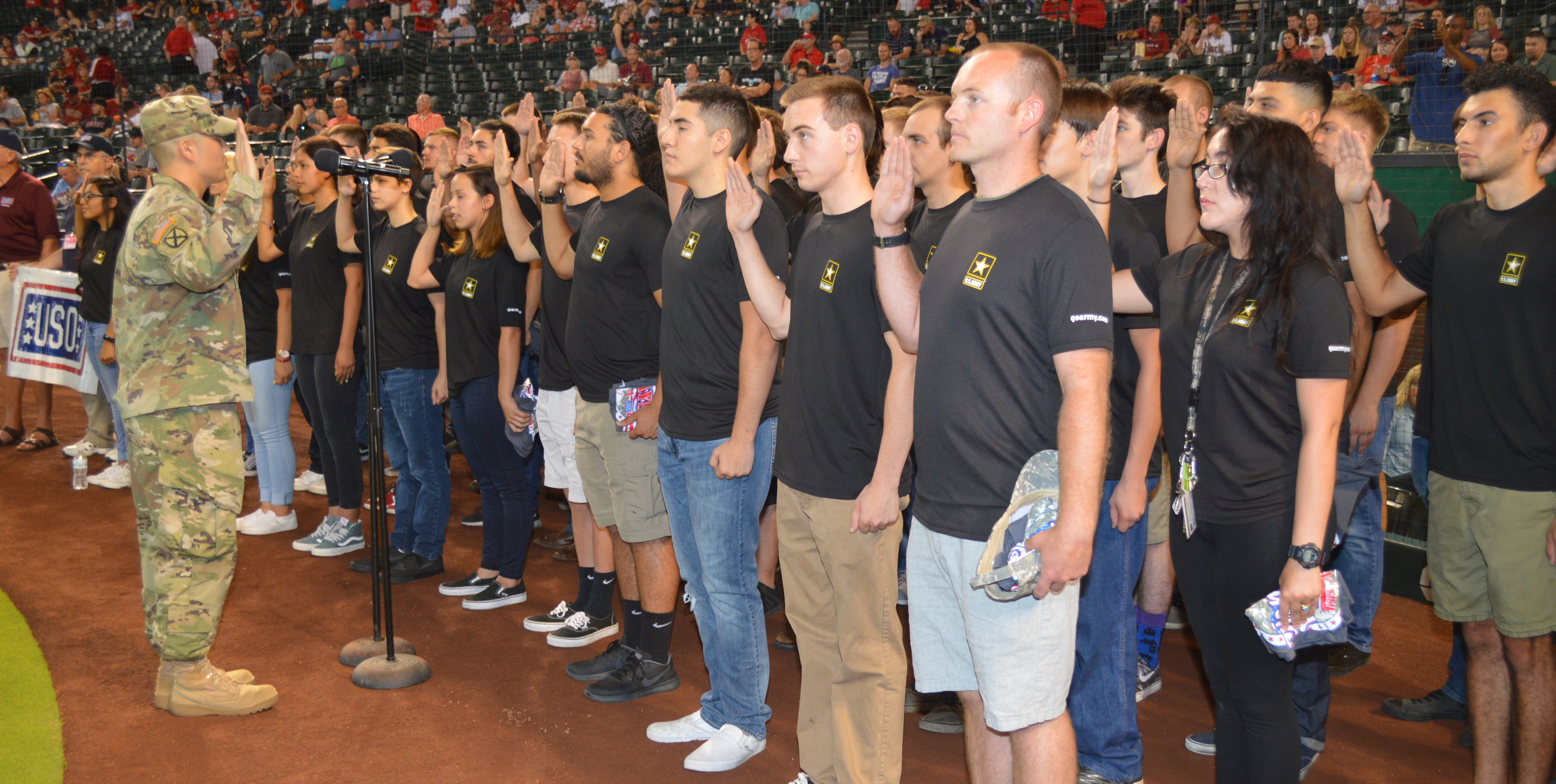 The Regular Army finished fiscal 2017 with more than 68,000 new enlisted recruits, successfully adjusting to a midyear increase in troop levels as the force is on the way to 540,000 soldiers.

“We exceeded the mission we were given, and we did it while also exceeding the Department of Defense’s quality benchmarks,” Maj. Gen. Jeffrey Snow, the Army Recruiting Command commander, said in a statement.

The original mission for 2017 was to recruit 62,500, but it jumped after Congress belatedly passed the 2018 National Defense Authorization Act that not only stopped but also reversed the postwar drawdown in the Army’s size.

“There were many who were skeptical about our ability to achieve this increased mission while maintaining the necessary high-quality contracts,” Snow said, crediting efforts by recruits to make it possible.

Bonuses were also a factor. The Army paid enlistment bonuses to about half of the recruits. Bonuses averaged $12,800. The biggest bonus was $40,000.