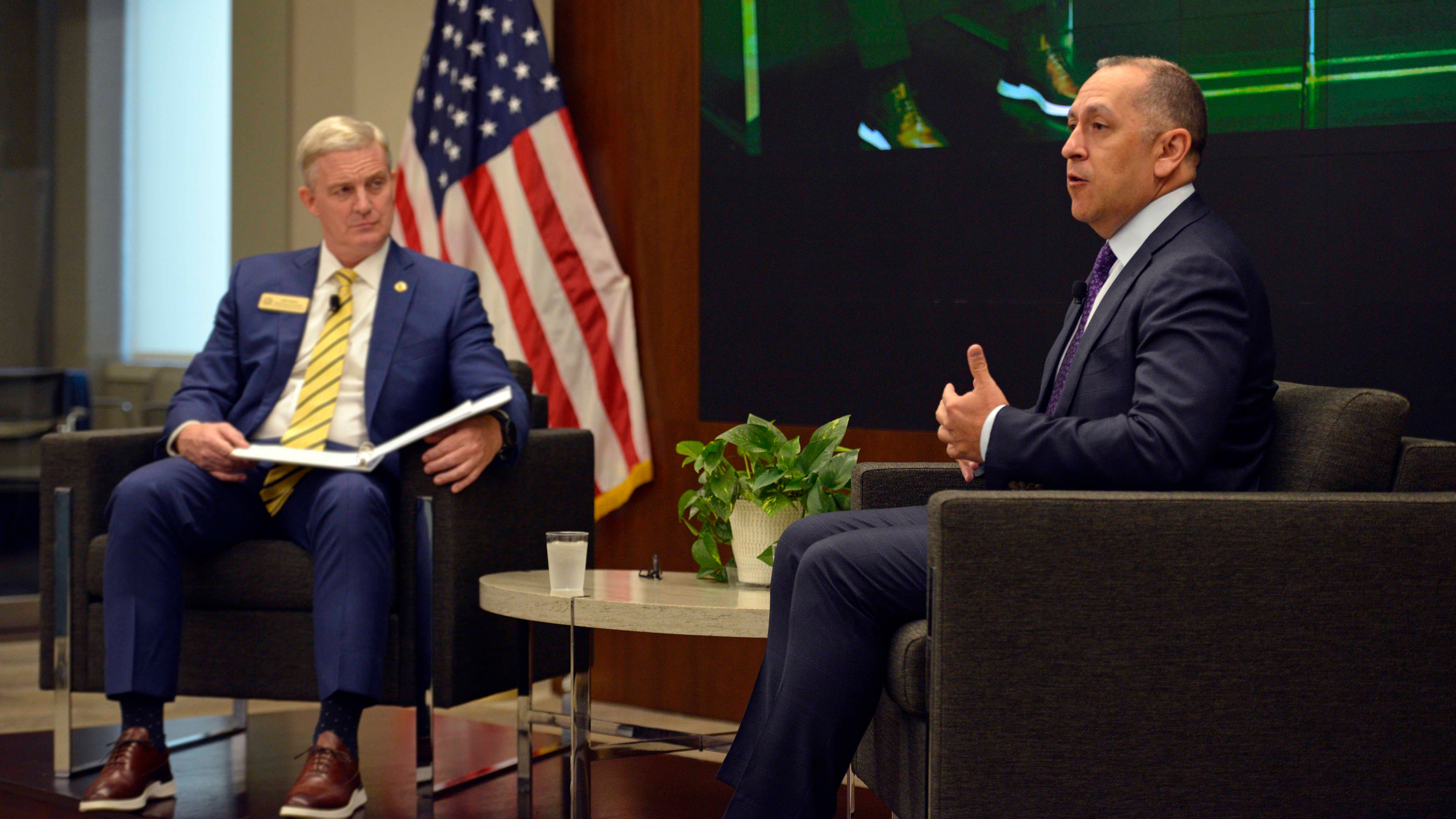 Recruiting has become a serious issue, Camarillo said. “The Army and, really, all of the Department of Defense, has an unprecedented set of challenges right now in terms of recruiting,” he said. “We are all experiencing it. The difficulty is the Army has the largest set of numbers to achieve, so we are the ones that experience those challenges a little bit more acutely.”

There is no quick fix, he said, acknowledging that the Army likely will miss its troop strength goal this fiscal year, which ends Sept. 30, and could have continued problems in fiscal year 2023.

There are many reasons for the shortages, including a tight labor market and reduced interest in military service. This isn’t new, but a continuation of a 50-year trend that has “top attention from all Army leadership right now,” Camarillo said.

The Army must be “very transparent” about the shortages and challenges and develop a long-term approach that makes military service more attractive to the target population of talented, educated youth. This will involve some experiments on how to bring in people who may not fully meet academic and physical standards but could make the goals with some help.

“We do not believe in sacrificing quality for quantity,” Camarillo said, suggesting the Army also is working on new ways to connect with the service-age population through marketing and branding.

The projected personnel shortages will take time and money to resolve, which raises concerns in the defense industry that the attention and dollars dedicated to recruiting could somehow delay attention and funding for Army transformation and modernization efforts.

The Army faces structural challenges in its modernization efforts and is trying to carefully redefine relationships between different commands and organizations while not losing focus, Camarillo said. The emerging acquisition structure is working, he said, giving space for early experimentation while also keeping in mind the entire life cycle of new capabilities.

He also pledged that Army Futures Command will remain a four-star organization. The command “is a very critical part of what we do in modernization, and there is a lot of work that we still need to get done,” he said.

Camarillo said addressing the recruiting challenge is important, but “we do not see that there is a tradeoff required between our continued emphasis on delivering our modernization programs and our ability to meet readiness, and to take care of people and to meet the end strength that we’re pursuing.”

“We do not anticipate at this point making changes to force structure,” Camarillo said. Recruiting issues, which will take many years to fully resolved, won’t interfere with the pace of modernization.