Recruiting Is Tough; Doing It Takes a Nation

Recruiting Is Tough; Doing It Takes a Nation 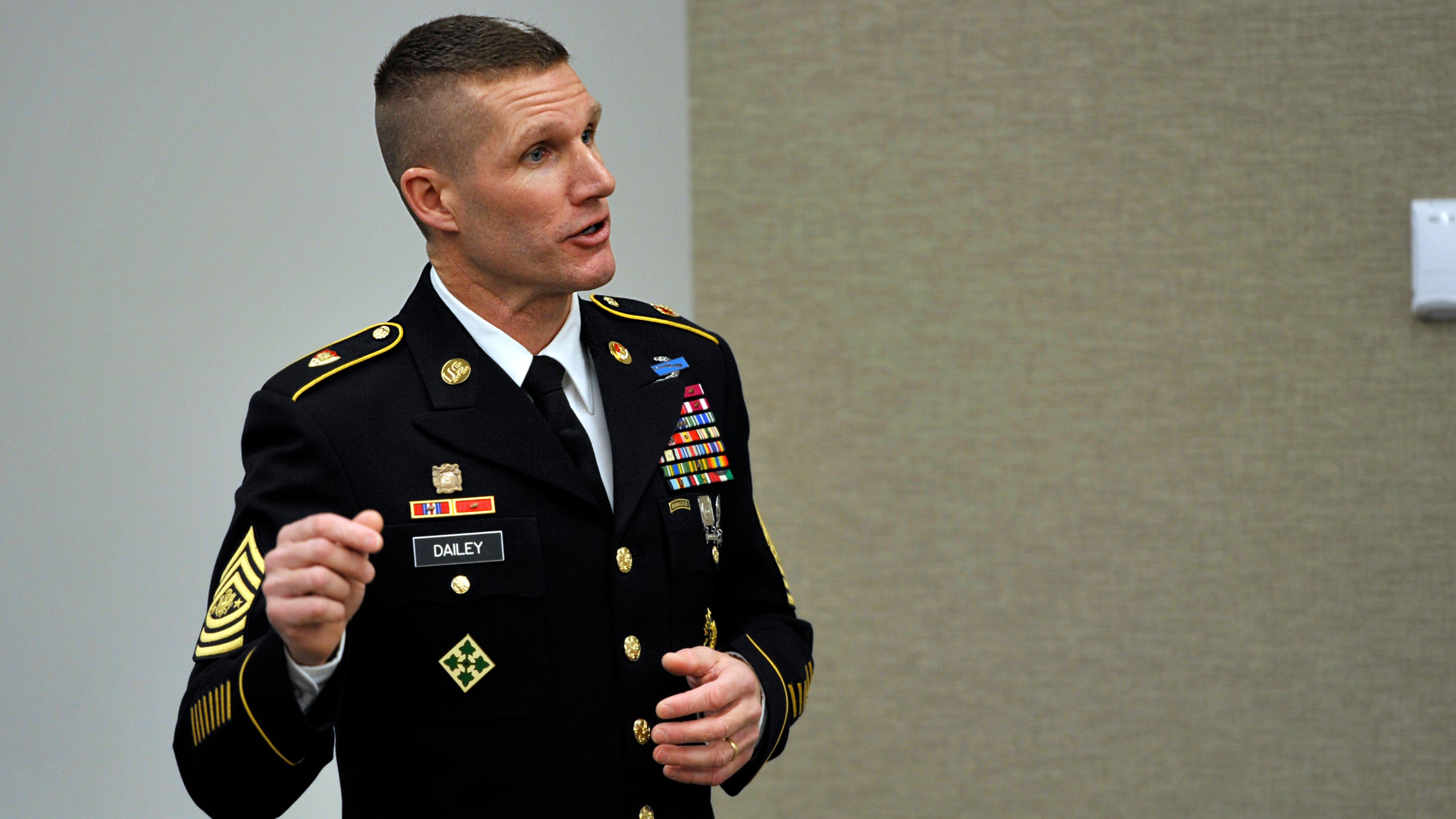 Sgt. Maj. of Army Daniel A. Dailey, in remarks at a recent forum hosted by the Association of the U.S. Army’s Institute of Land Warfare, acknowledged that the pool of potential recruits “that is physically able and prepared to join our military” is limited, making it a tough mission.

The U.S. Army Recruiting Command has a mission to recruit 80,000 people for active duty this year, he said, making it one of the biggest missions in recent history. Charged with carrying it out are soldiers, normally at the rank of staff sergeant, who educate and communicate the benefits and sacrifices of Army service to mothers, fathers and other influencers across the country.

Calling it a “human endeavor,” Dailey issued a message to the American people: “It takes an entire nation to build an Army—not USAREC, not recruiters, not one general officer in charge of one command or one sergeant major or chief. It takes us all because we all have a vested interest.”

Dailey asked the soldiers, NCOs and officers in the audience to consider the value of recognizing soldiers for a job well done, especially in their last 90 days of service. That’s the period of time in a soldier’s career “that leaves the lasting impression they carry for the next 60 to 70 years.”

A happy soldier is “a walking billboard” for the Army, and can go a long way toward casting Army service in a positive light when it comes to recruiting the best and showing them that the Army cares about them even when they leave service, he said.

“It’s not about being nice. It’s about taking care of men and women, creating a positive environment of excellence,” Dailey said, adding that a person will leave the Army with a better perspective if they are treated well throughout their career.