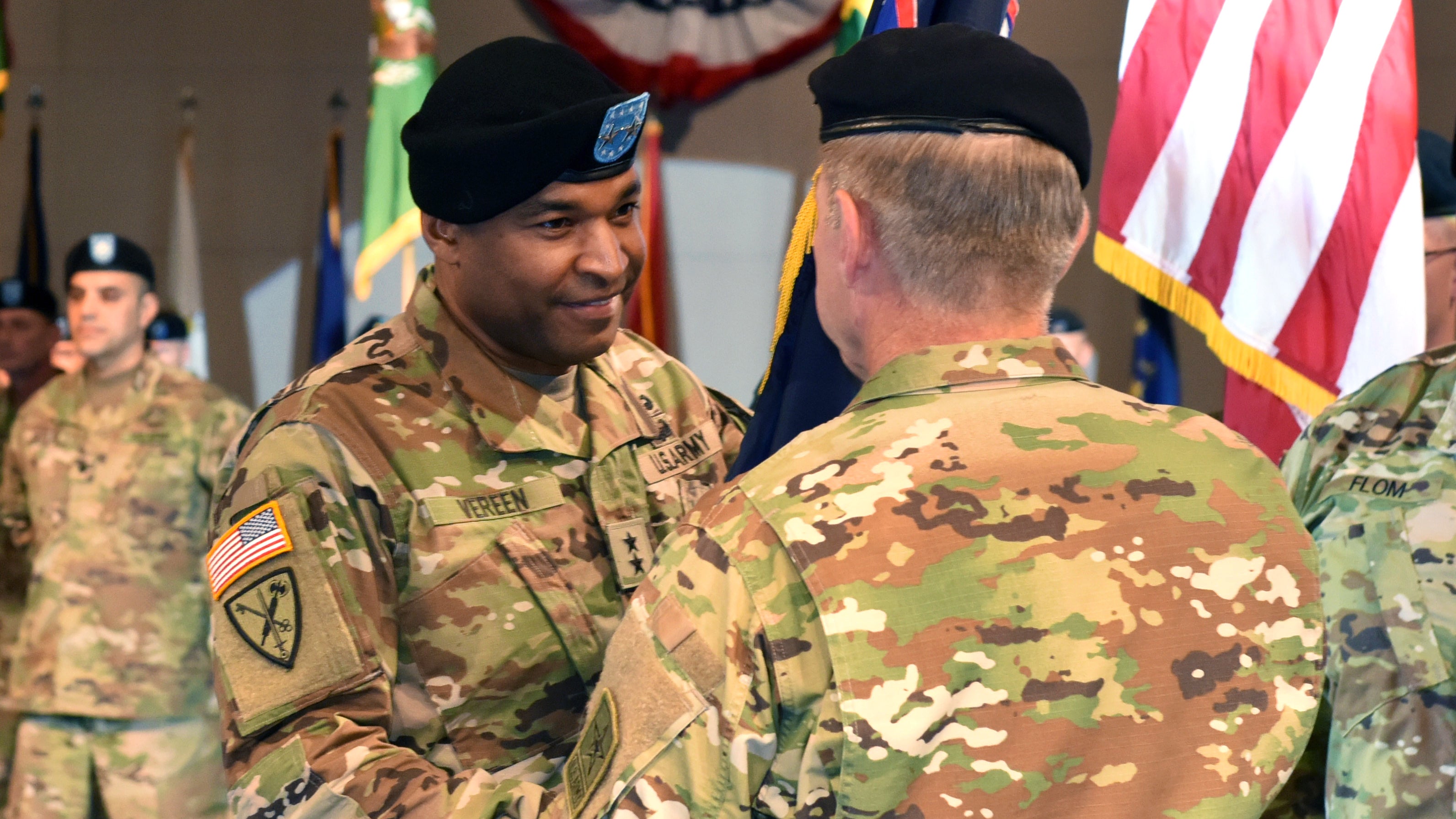 The commanding general of Army Recruiting Command will speak Oct. 28 in a webinar hosted by the Association of the U.S. Army.

A field artillery officer who later became a military police officer, Vereen is no stranger to Recruiting Command, having served as deputy commanding general for operations from 2017 to 2019.

The webinar featuring Vereen, part of The AUSA Noon Report series, will begin at noon Eastern. The event is free, but registration is required.

As commander of Recruiting Command, Vereen leads a force that continues to grapple with the COVID-19 pandemic and its impact on everyday operations. For much of 2020, Army recruiters turned to virtual recruiting as the service was forced to close recruiting stations across the country.

On Oct. 9, the Army announced it had exceeded its fiscal year 2020 end strength goal of 485,000 active Army soldiers, and the success was attributed to strong reenlistment numbers and recruiters’ ingenuity during a challenging year.

As the recruiting force moves into fiscal 2021, Vereen has praised recruiters’ “flexibility and adaptability.”

“Innovation in this business is essential,” he said. “Between our recruiters’ ingenuity with virtual recruiting, our eSports, our fitness and musical outreach teams, our efforts online, and our nationwide call to action with the Army National Hiring Days, we found ways to connect with America even when we couldn't see them face to face.”