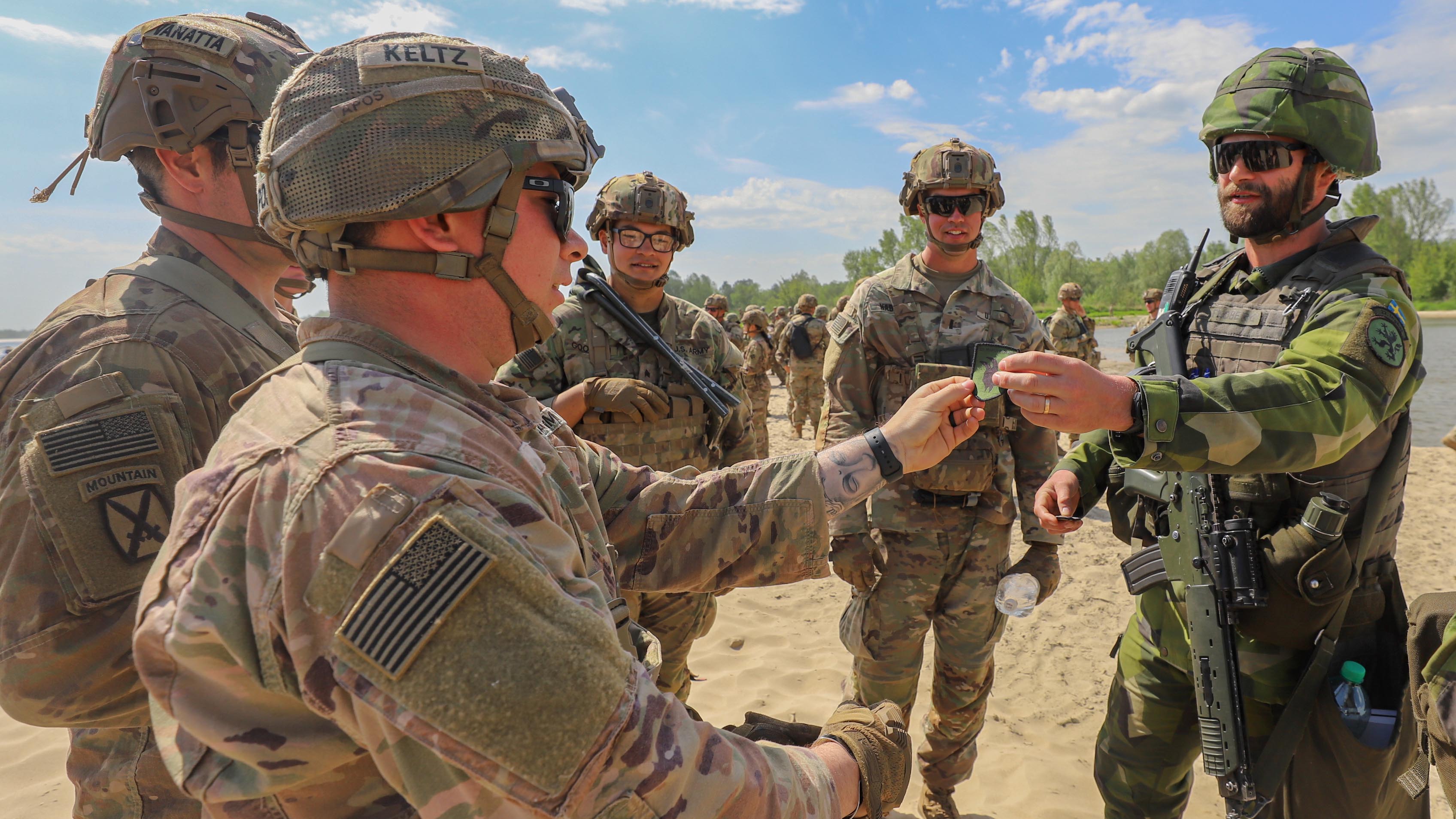 American soldiers continue to reassure NATO allies and partners in Europe as the war in Ukraine grinds on and the potential for miscalculation continues to threaten the region.

“In this case, there was certainly a lot of concern about what happened,” McConville said about the missile strike during Politico’s 2022 Defense Summit. The key, he said, is to “remain calm” and “react with the speed of relevance.”

A day after the Nov. 15 strike, Polish and NATO leaders said they believe the strike was unintentional and likely was launched by air defenses in neighboring Ukraine—and not Russia, the Associated Press reported.

As the U.S. continues to provide support, the Ukrainians have shown they have the capability, capacity and competence to fight on the battlefield, McConville said. Most importantly, however, is their will to fight, he said.

Leaders also are learning how much artillery and how many weapons systems are needed when “you’re involved in a large-scale combat operation like we’re seeing in Ukraine,” McConville said.

The Army also is applying lessons learned in Europe to deterrence in the Indo-Pacific, where China is America’s “pacing challenge.”

One of the things the Army does well is logistics, McConville said, but they take on an added dimension in the vast Indo-Pacific. “There’s a lot of water out there,” he said. “We’re going to work very closely with our joint partners.”

Looking ahead, McConville said he expects the U.S. Army to continue supporting the Ukrainians and America’s NATO partners and allies. “We have sufficient, credible combat power to reassure our allies and partners,” he said, adding that in his visits to the region, many countries are “very, very appreciative of having U.S. soldiers there to support them.”

The Army also continues to conduct training and operations around the world. “We want to be ready,” McConville said. “We want to make sure we have a highly trained and ready Army that’s ready to operate in whatever region we need to go to.”