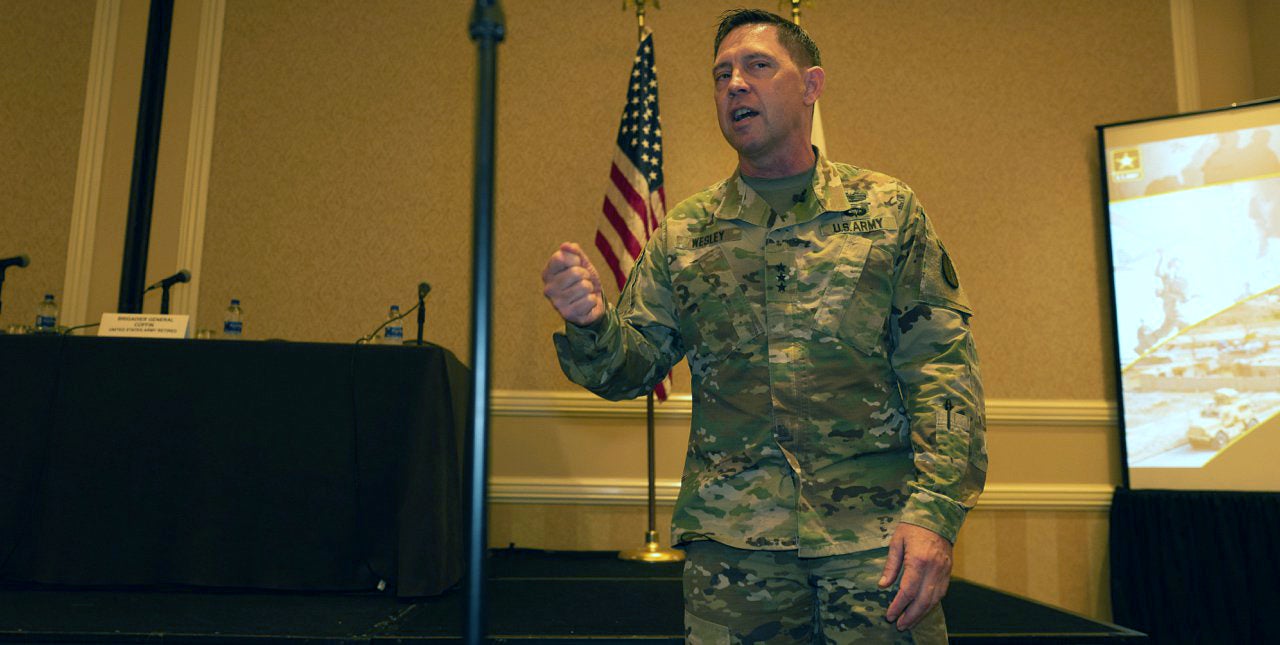 Last week’s Space and the Network professional development forum hosted by the Association of the U.S. Army’s Greater Los Angeles Chapter provided attendees with a unique glimpse into myriad cross-domain challenges, along with many of the broader Army activities underway to meet those challenges.

Among the keynote presentations was an address by Lt. Gen. Eric Wesley, deputy commanding general, futures, and director of the Army Capabilities Integration Center.

Wesley’s presentation began with a quick review of Russian military evolution in the aftermath of that country’s 2008 incursion into the former Soviet Georgia. Characterizing that incursion as “an utter failure,” he outlined subsequent changes that set the stage for successful incursions into Eastern Europe, along with expeditionary operations in Syria “just six short years later.”

At the same time, he noted that the growth of Russian anti-access/area denial (A2AD) created “a little bit of a dilemma or a conundrum as it relates to our ability to conduct operations and [exert] our will into other theaters.”

Wesley said Russia, China and other countries have clearly recognized that the U.S. Army is good in close combat and, as a result, have focused many of their military investments on the creation of “standoff.”

He pointed to some broad U.S. Army investments over decades, saying, “It's no surprise that we would be very good at close combat. But if you can't get there, then you've got a much larger problem than your competitor.”

According to Wesley, the solution to the standoff challenge “is to compete, then penetrate, then disintegrate—disintegrate their system of their A2AD depth—exploit, and then go back to re-compete.”

He added that the complete operational concept behind this approach is planned for release in October, likely at AUSA’s Annual Meeting and Exposition in Washington, D.C.

Next year’s Space and the Network Symposium will be held on June 7, 2019.