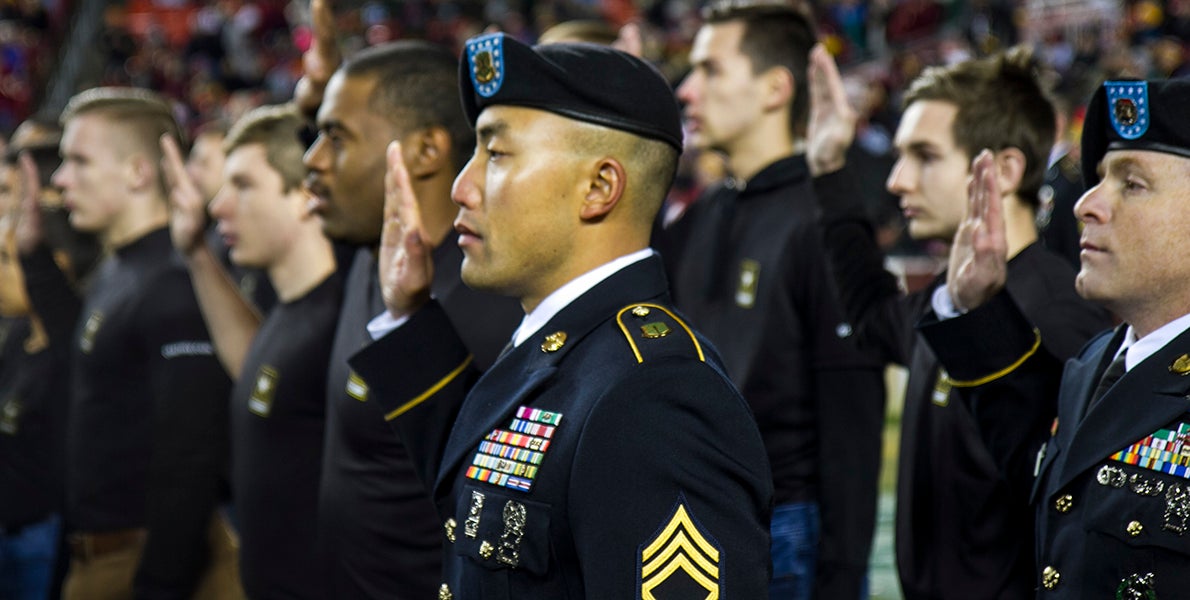 Quickly growing the Army to meet urgent operational demands is possible only by placing a heavy burden on the Army National Guard and Army Reserve, according to a new report.

A RAND Corp. analysis of the Army’s options for rapidly regenerating says there are many challenges, including difficulty recruiting if the civilian job market is strong, public support that might be limited depending on the given conflict, and the Army’s requirement to continue operating while it’s expanding.

The most critical risk is “while the regular Army is expanding, the Army as a whole will still need to meet operational demands,” states the report, adding that under Defense Department policy, Guard and Reserve soldiers “may require mobilization periods exceeding the one-year limit for involuntary mobilization” to keep the active Army operating at a high level of proficiency for the time it takes to recruit, train and equip new troops.

Longer periods of mobilization over several years for Guard and Reserve soldiers could erode congressional and public support.

RAND recommends taking steps now so the Army is better prepared for the possibility of rapid growth. This would include having the infrastructure and equipment ready and having a strong cadre of recruiters and trainers who could take on a larger mission, the report says.

National Guard and Reserve decision-makers and other stakeholders should be prepared now for the possibility of fast and high-frequency deployments or risk disrupting operations if the active-duty growth trajectory should falter.

There are specialized skills in the medical, aviation and special operations fields, and certain levels of leadership, such as midgrade NCOs, that would be impossible to build in a short time, making it critical to keep those capabilities current, the report says.