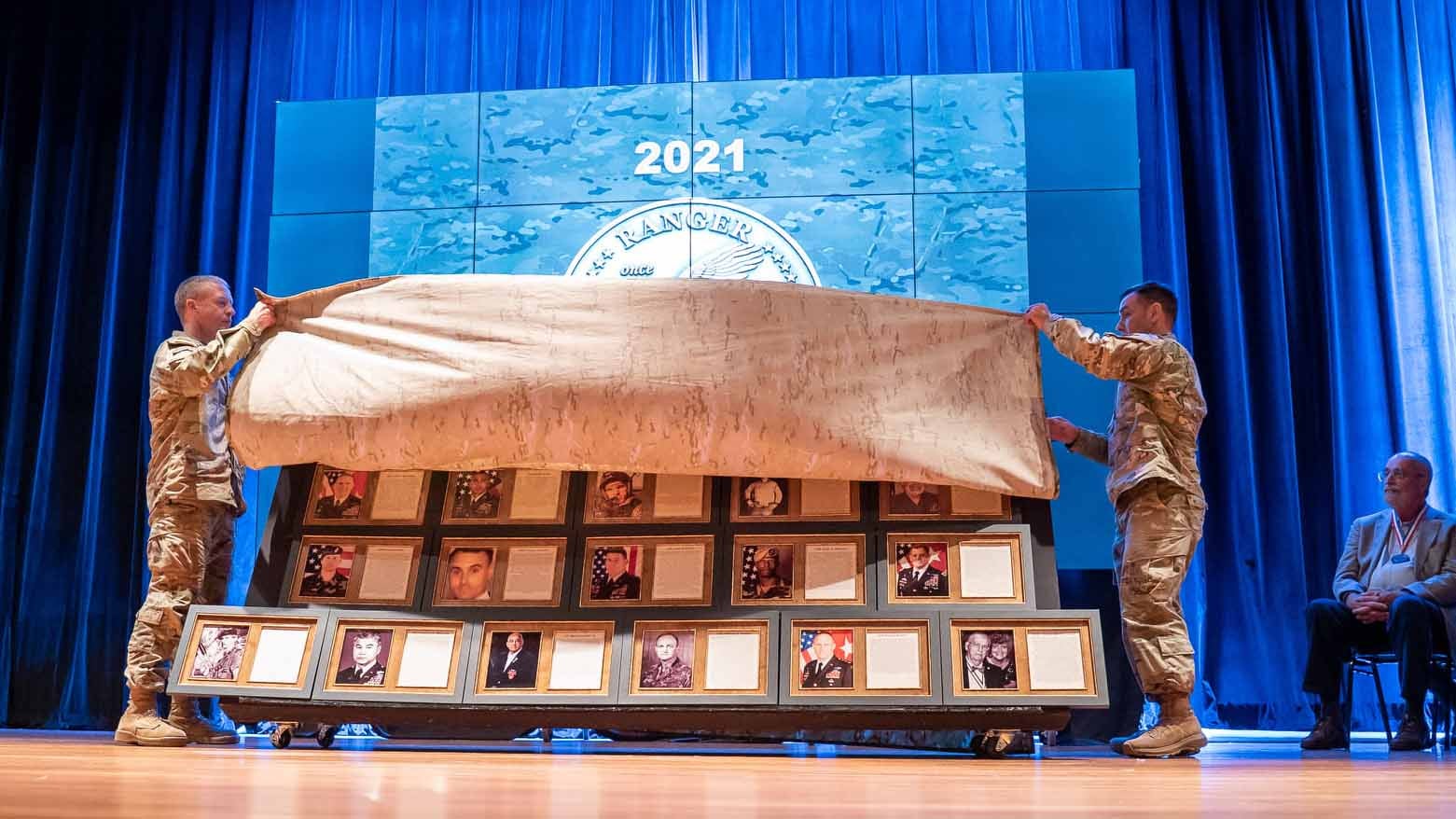 Thirty-two Army Rangers have been inducted into the Ranger Hall of Fame in honor of their contributions to the famed regiment and the Army.

The 32 inductees—and the Rangers who came before them—represent more than just history, said Col. Antwan Dunmyer, commander of the Airborne and Ranger Training Brigade. “It’s more than just history to me, it’s freedom, that’s what these men fought for and died for,” he said, according to WBRL.com.

Retired Command Sgt. Maj. John Burns, a Class 2020 inductee and veteran of Operations Just Cause, Enduring Freedom and Iraqi Freedom, now joins the heroes he looked up to in the Ranger Hall of Fame.

“You know all of the people who have been inducted into the Ranger Hall of Fame prior to you, and those were your heroes growing up in regiment or growing up in the ARTB,” Burns told WTVM9. “They were always your heroes, so when you become one of them, it’s a very humbling experience.”

The Airborne and Ranger Training Brigade recognized the inductees’ service in a Facebook post, calling them “some of the most exceptional Rangers in the history of our nation. Their seemingly endless list of significant contributions, selfless sacrifice, loyal service, and profound character stand as examples to all professionals.  They are a tremendous source of pride and inspiration to us all.”

The Ranger Hall of Fame has been recognizing the contributions of Rangers since 1992. Inductees are selected from Ranger units and associations representing each era of Ranger history, and they must have served in a Ranger unit during combat or have been a graduate of the Army Ranger School.