Puckett Awarded Medal of Honor for Heroism in Korea

Puckett Awarded Medal of Honor for Heroism in Korea 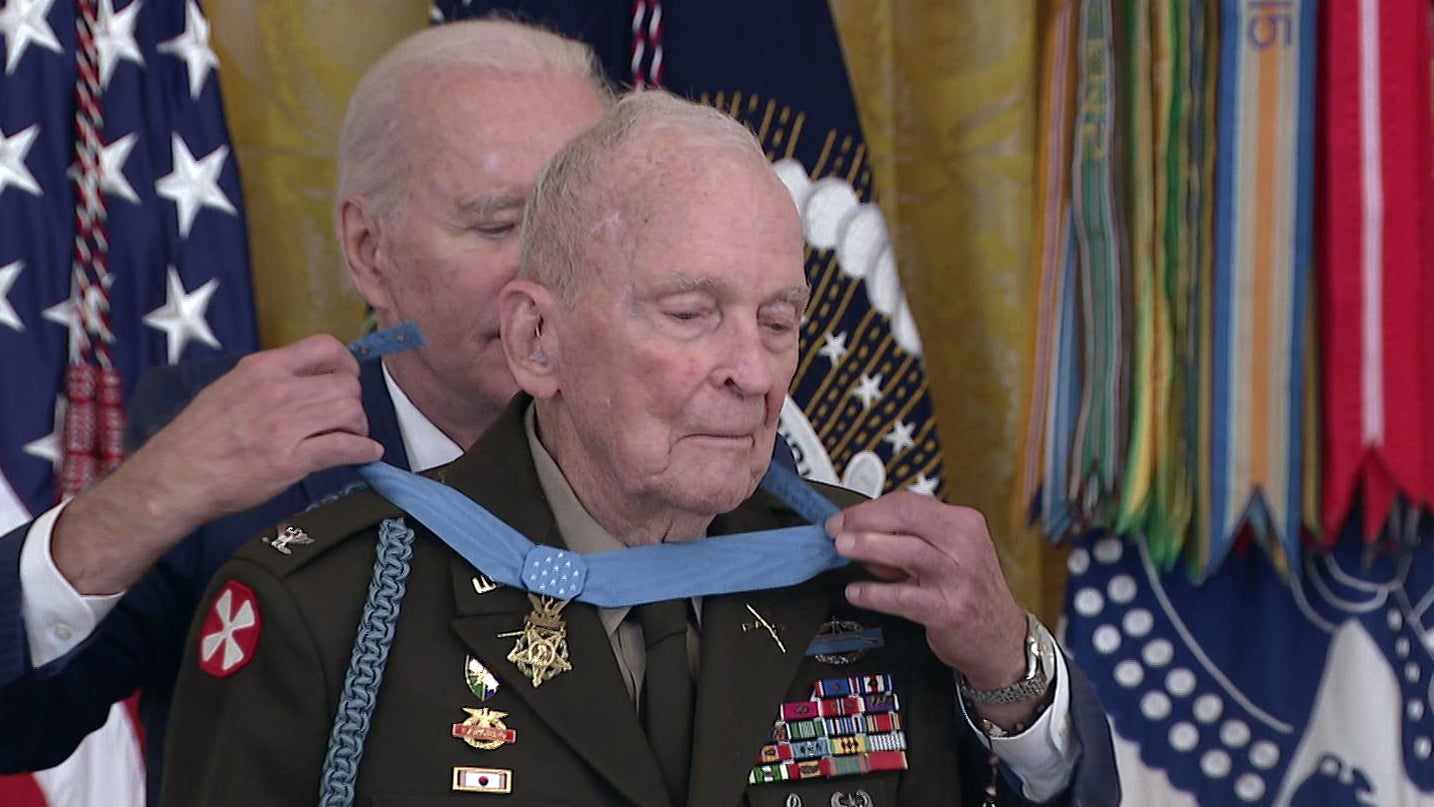 Retired Col. Ralph Puckett, a legendary and revered Army Ranger who fought in Korea and Vietnam, received the Medal of Honor May 21 during a ceremony at the White House.

President Joe Biden presented the 94-year-old Puckett with the nation’s highest award for valor during a ceremony attended by South Korean President Moon Jae-in and other dignitaries.

Honored for his heroic actions more than 70 years ago during a vicious battle in the Korean War, Puckett is now one of the most highly decorated soldiers in U.S. history.

“Today we are hosting a true American hero and awarding an honor that is long overdue,” President Joe Biden said. “Today, after more than a decade of effort, I’m incredibly proud to give Col. Ralph Puckett’s acts of valor the full recognition they have always deserved.”

When Puckett heard the White House planned to host the Medal of Honor ceremony, his first response was, “Why all the fuss? Can’t they just mail it to me?” Biden said.

“Col. Puckett, after 70 years, rather than mail it to you, I would’ve walked it to you,” the president added. “Your lifetime of service to our nation I think deserves a little bit of fuss.”

Speaking with reporters, Puckett said he’s “certainly honored” to receive the Medal of Honor, but he insisted on giving credit to his soldiers. They “did more than I asked, to do the best that they could in order to maintain our freedom,” Puckett said.

On Nov. 25–26, 1950, Puckett, then a first lieutenant and commander of the 8th Army Ranger Company, received orders to secure Hill 205, near Unsan, Korea, and defend the critical position overlooking the Chongchon River, according to an account by the Army.

When the soldiers approached Hill 205, they came under heavy enemy mortar, machine-gun and small-arms fire, according to the White House. “To obtain supporting fire, First Lieutenant Puckett mounted the closest tank, exposing himself to the deadly enemy fire,” the White House said. “Leaping from the tank, he shouted words of encouragement to his men and began to lead the Rangers in the attack.”

Almost immediately, one platoon of Rangers was pinned down by enemy fire. Puckett ran across an open area three times to draw enemy fire, allowing his fellow soldiers to find and destroy the enemy positions and seize Hill 205, according to the White House.

As the Rangers held the hill, enemy fighters launched a counterattack that lasted four hours.

Puckett continued to motivate his soldiers, and as a result, “five human wave attacks by a battalion strength enemy element were repulsed,” the White House said.

Puckett, wounded by grenade fragments, refused to be evacuated and continued to direct artillery support and repeatedly abandoned positions of relative safety to check on his troops, according to the White House.

His Rangers refused. They instead moved to evacuate Puckett, while still under harassing fire from the enemy.

Puckett, of Tifton, Georgia, enlisted in the Army in 1943 before being discharged two years later to attend the U.S. Military Academy at West Point, New York. He was commissioned as a second lieutenant in June 1949 and went on to serve in combat from August to November 1950 as a member of the 8th Army Ranger Company during the Korean War. He also deployed to Vietnam in 1967 with the 101st Airborne Division.

After 21 years of service, Puckett retired from active duty in 1971. He remained active within the Army community and was an inaugural inductee into the U.S. Army Ranger Hall of Fame in 1992. He also served from 1996 to 2006 as the first Honorary Colonel of the 75th Ranger Regiment.

His book, Ranger: A Soldier’s Life, part of the Association of the U.S. Army’s Book Program, tells the story of his service.